tricot discuss their latest single "INAI", recording during the coronavirus pandemic and their evolution over the past decade. 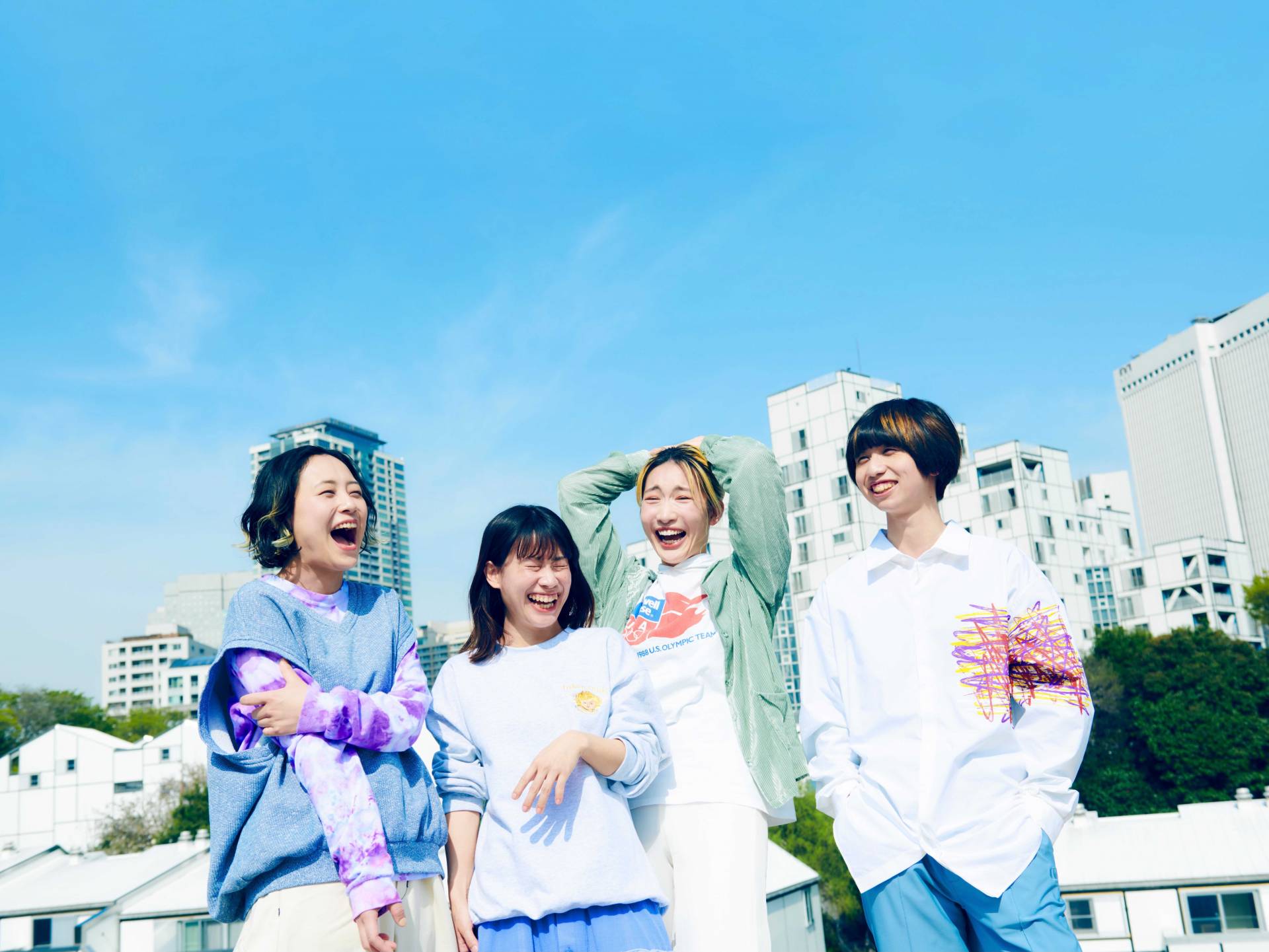 © tricot. All rights reserved.
On June 2nd, less than a month after the release of their single BAKURO, rock band tricot put out a brand new digital single titled INAI. The song is the opening theme for the drama series "Haru no Noroi" ("Curse of Spring"), and vocalist/guitarist Ikkyu Nakajima has stated that it was inspired by the feeling of being trapped by an invisible force of one's own creation. Just before the song was scheduled to hit digital platforms we had the opportunity to ask tricot some questions about the track, writing music for television and film, their recent 10th anniversary album, their activities during the coronavirus pandemic, and more.

You released your new single INAI, which is the opening theme for the TV Tokyo drama “Haru no Noroi”, on June 2nd. How does this song reflect the themes of the TV show?

Ikkyu Nakajima: This song’s theme builds upon the powerful word “curse”, which also happens to be in the title of the drama, and it packs an intense sound that is sure to dispel any kind of curse. I think it’s the heaviest tricot song of all time!

Does creating a theme song for a TV show require you to use a different approach to structuring the composition?

Ikkyu Nakajima: Since there’s a set theme from the get-go, everyone in the band is able to get on the same wavelength as we work on the composition, so it’s really fun!

Hiromi Hirohiro: When it comes to songs for TV shows, I have to really visualize the theme and the content of the show in my head while writing them, so I definitely feel like it’s a different process than usual.

Ikkyu, your vocals on INAI are a bit of a departure from your usual style, switching to and from a much higher register. Was this a challenging track to record?

Ikkyu Nakajima: It was super difficult! Singing in a higher register was tough, and the song’s rhythm is quite unique too, so it was even more challenging than usual to sing along to it.

INAI isn’t your first TV theme, you also provided the opening song for Sion Sono’s horror action TV series “Tokyo Vampire Hotel”. Now that you’ve been involved in this aspect of the TV/movie industry, have you ever thought of creating a full soundtrack, like RADWIMPS did for “Kimi no na wa” (“Your Name”)?

Ikyuu Nakajima: I think it would be a huge challenge, but being involved in shaping the atmosphere of a story would also bring about a great sense of accomplishment, I imagine.

Yusuke Yoshida: Hmm, if it’s possible to be involved in creating all of the songs in the work, I’d love to give it a shot! It seems difficult but I think it would be a rewarding experience.

Synchronisation with TV, movies and advertising is a big part of the music industry these days. How do you reconcile the commercial aspects and promoting somebody else’s product with satisfying your own creativity?

Motifour Kida: Because I draw inspiration from the subject of the advertisement itself, come up with my own interpretation of it and then translate that into my work, I think both aspects are balanced as a natural consequence of this process.

Yusuke Yoshida: To me, rather than trying to forcibly reconcile both of these objectives, keeping the business and commercial elements in mind while trying to come up with something through trial and error is, in itself, a creative process.

Speaking of advertising, you recently collaborated with the sex toy manufacturer TENGA, producing a promotional T-shirt. How did your participation in this campaign come about, and what sort of reaction did you get from your fans?

Ikkyu Nakajima: It began when TENGA assisted us with our women-only concert, where we distributed samples of soap specially created for the sensitive female area. Besides, I love the design of the “LOVE ME TENGA” T-shirt, and since tricot also starts with a “T”, we reached out to them to collaborate and they very willingly agreed. Afterwards, we became drinking buddies.

Your latest album 10 marks tricot’s tenth anniversary. How do you feel you’ve grown and developed as a band over the past 10 years?

Motifour Kida: From the beginning till now, there’s hardly been anything we’ve done that I didn’t actually want to do, and ever since the addition of a drummer to our band, the range of sounds we can create has expanded, so I feel like we’ve become a band that can do almost anything.

Hiromi Hirohiro: I think we’ve become really tough. We’ve had so many live shows, gone abroad and had a ton of fun along the way despite facing many difficulties, so I feel like now we can accomplish anything. (laughs)


10 followed your previous album Black ("Makkuro") after just a brief nine-month interval. Was releasing it so soon after your plan all along, or did the coronavirus and the limited opportunities to perform live become a factor in the decision?

Hiromi Hirohiro: Originally, we planned to release the album the following year, but since we couldn’t perform live shows due to the COVID-19 situation anyway we just decided to heck with it and released the album ahead of schedule!

Ikkyu Nakajima: We had initially planned to release a new album every year, but COVID-19 put a stop to many of the activities we had in store, so our release schedule ended up being sped up. There’s been an increase in gloomy news as of late due to COVID-19, and I personally hoped to deliver more “enjoyable news” through music as soon as I could, so I’m actually quite happy with the early album release.

It’s been noted that you record your albums live, with all of the band members playing one long session together in the studio. 10 was recorded during the coronavirus pandemic. Did Japan’s state of emergency restrictions force changes to your recording process? If so, would you carry on any of those changes for future recordings under normal circumstances?

Yusuke Yoshida: Yeah…we usually create everything from scratch in our studio sessions, but with the COVID-19 situation at hand we ended up doing about 80% of the production remotely through the PC, and finishing the remaining, final touches in the studio. As we changed our music creation process, we also discovered many new things, so I think we will incorporate some of the changes we made to future recordings.

Ikkyu Nakajima: We always meet up in the studio to perform and compose music, but this time we were all unable to leave the house so we decided to do the production remotely. Nothing really changed much in terms of the actual recording process, but the amount of time we spent playing music together in person before recording the album was extremely limited.

You were an independent band for years, running your own label Bakuretsu Records, touring internationally, running your own fashion brand and releasing records overseas through foreign labels. Some might ask, if you could do all these things for yourselves, why would you need to sign with a major label? What was your motivation for setting up your new label 8902 Records as part of the avex group?

Ikkyu Nakajima: During the long period we spent as an independent band, it’s not that we never considered signing with a major record label, it’s just that we had so much on our plate to deal with that we didn’t have a lot of time to sit down and think about it. However, as the depth and breadth of our ideas grew, we realised that it was getting hard for us to carry on our activities, and we began to feel more and more restricted as a small band. With those feelings in mind, at about the time Yoshida formally joined tricot and thereby solidified our band, we started thinking about changing our record label.

Motifour Kida: While it’s not something that independent bands can’t do on their own, we felt that we were quite lacking in our ability to promote ourselves, so we thought it was worth a shot working with a major record label to try spreading tricot’s music to a larger audience. That was our motivation.

As 8902 Records’ name is a pun on “BAKURETSU Records” (if the numbers are read separately in Japanese, "8902" can be pronounced similarly to "ba-ku-re-tsu"), is it safe to say your old label’s spirit lives on in this new label?

Hiromi Hirohiro: There was no particular theme we felt strongly about, and we also struggled to come up with a new name, so I feel like the desire to pick the current name came about naturally because we’d spent eight years on BAKURETSU Records.

Ikkyu Nakajima: I really wanted to change the name if we could, but there weren’t any other better names we could come up with. “BAKURETSU Records” is a name that’s stuck around ever since 2011 when we independently released Bakuretsu Toriko-san, so when we came up with the pun name it really sat well with us, and we decided to stick with it.

What are your plans for resuming touring as the world starts getting back to normal? Can fans overseas hope to see you live again in the near future?

Motifour Kida: We’d been making many plans and filling out our schedule, but the situation has changed lots in just a matter of months so we’ve had to postpone many of our plans. Of course, we’d love to resume touring as soon as the situation gets better.

Yusuke Yoshida: Nothing is concrete as of yet, but we are planning to tour overseas eventually. I’d be glad if the fans would wait eagerly for us till then.

Ikkyu Nakajima: Due to the COVID-19 situation we’ve been unable to do all of our activities as planned, but it’s also a period of time I hope to enjoy through coming up with brand new ideas! We’ll continue striving to entertain you guys, so don’t miss us!

Motifour Kida: Hey, I hope you’re doing well! It’s been a tough time with concert tours still being a no-go, but tricot is still working on producing new music, so I hope you’ll keep us on your radar!

Hiromi Hirohiro: I really want to go overseas again to perform live shows, to meet everyone, to try many different, delicious foods, and to see all the sights! It’d make me really happy if you listen to and enjoy our music!

Yusuke Yoshida: Although we can’t do overseas tours just yet, new songs of ours are coming out, so please give them a listen when they do. Looking forward to when we can finally perform live again!

JaME would like to thank tricot and avex for making this interview possible.

The music video for INAI can be viewed below, and the song is now available for download and streaming worldwide. In addition, tricot are scheduled to perform at Japan’s largest outdoor rock festival, Fuji Rock Festival, which will be taking place from August 20th to 22nd this year. Details on the event are available in English here. 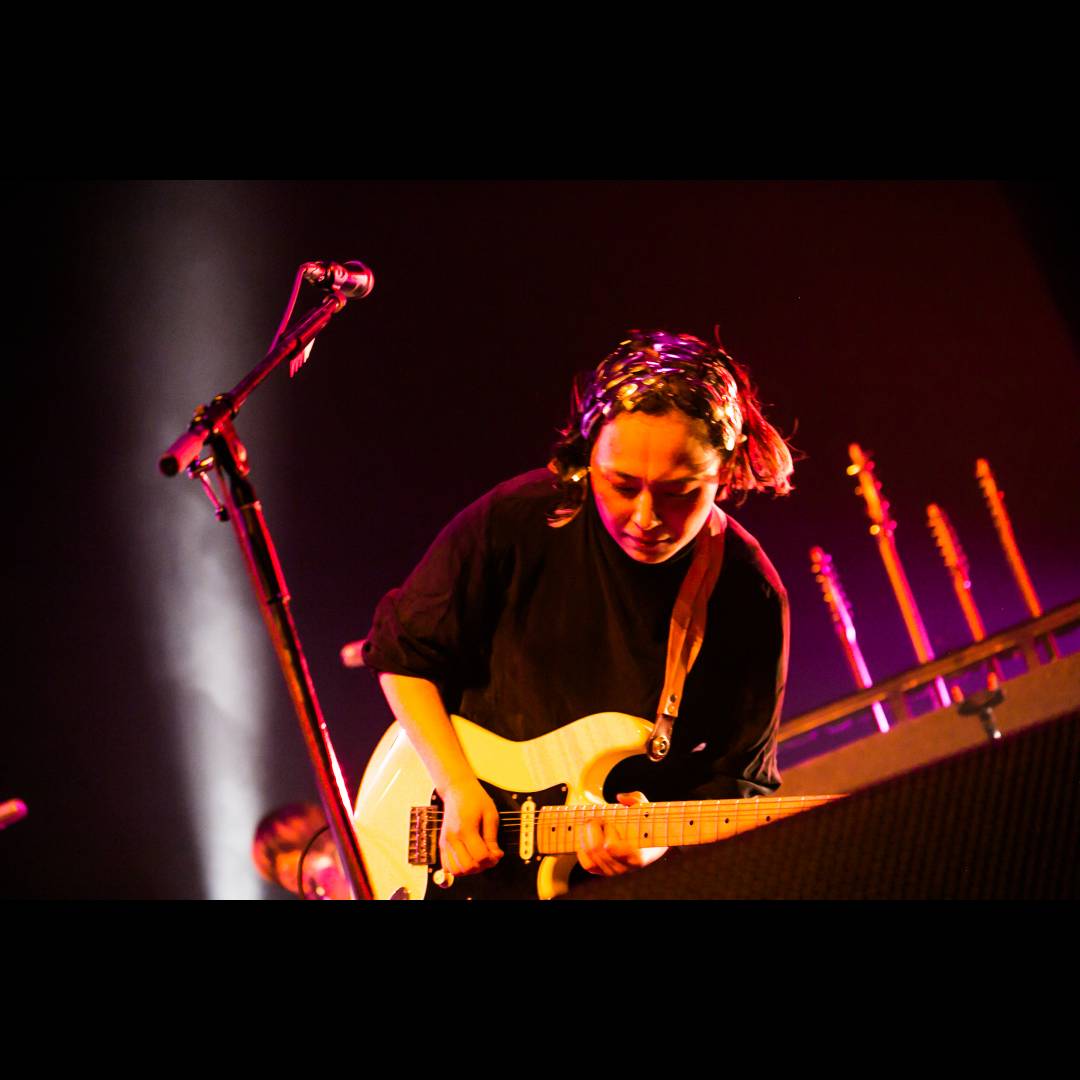 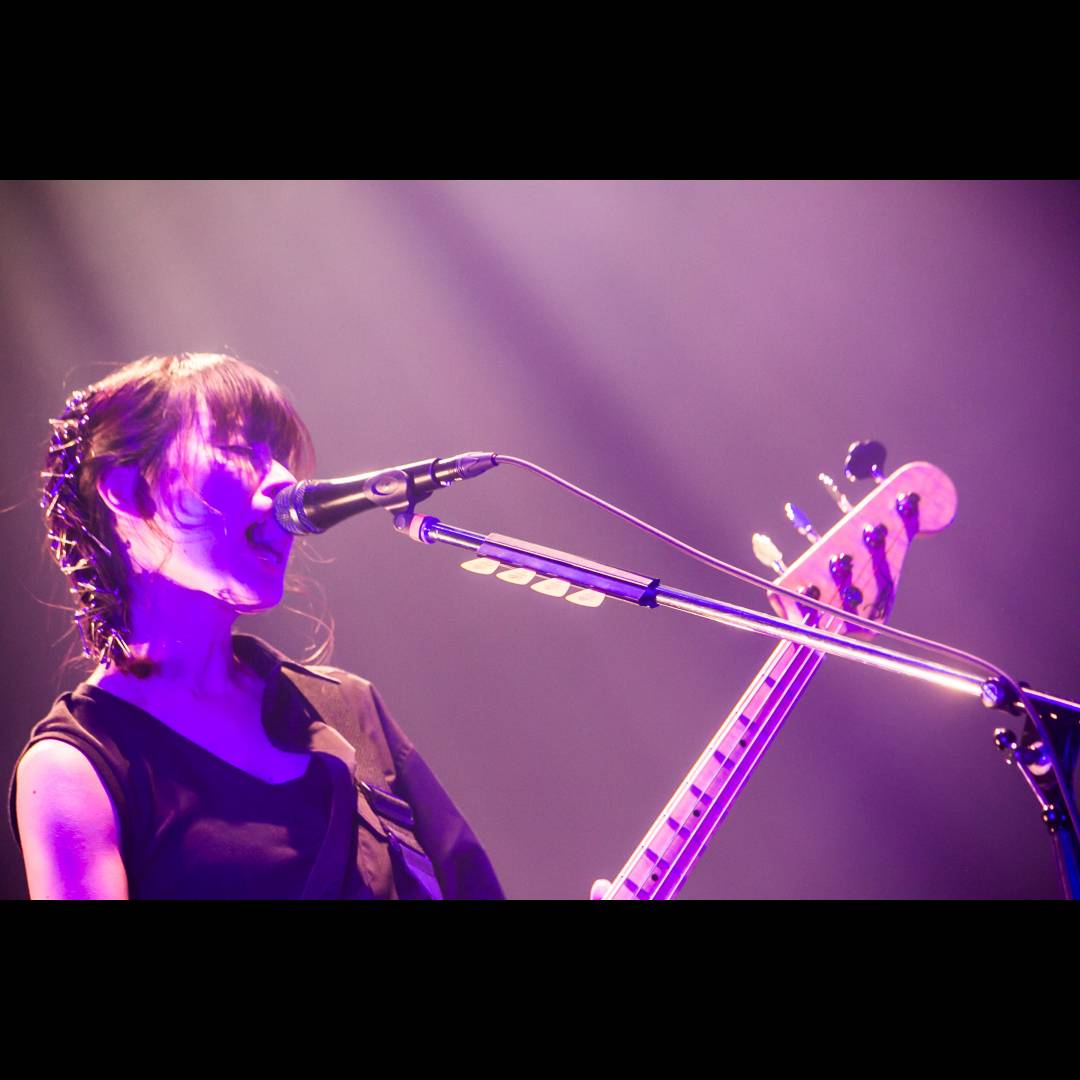 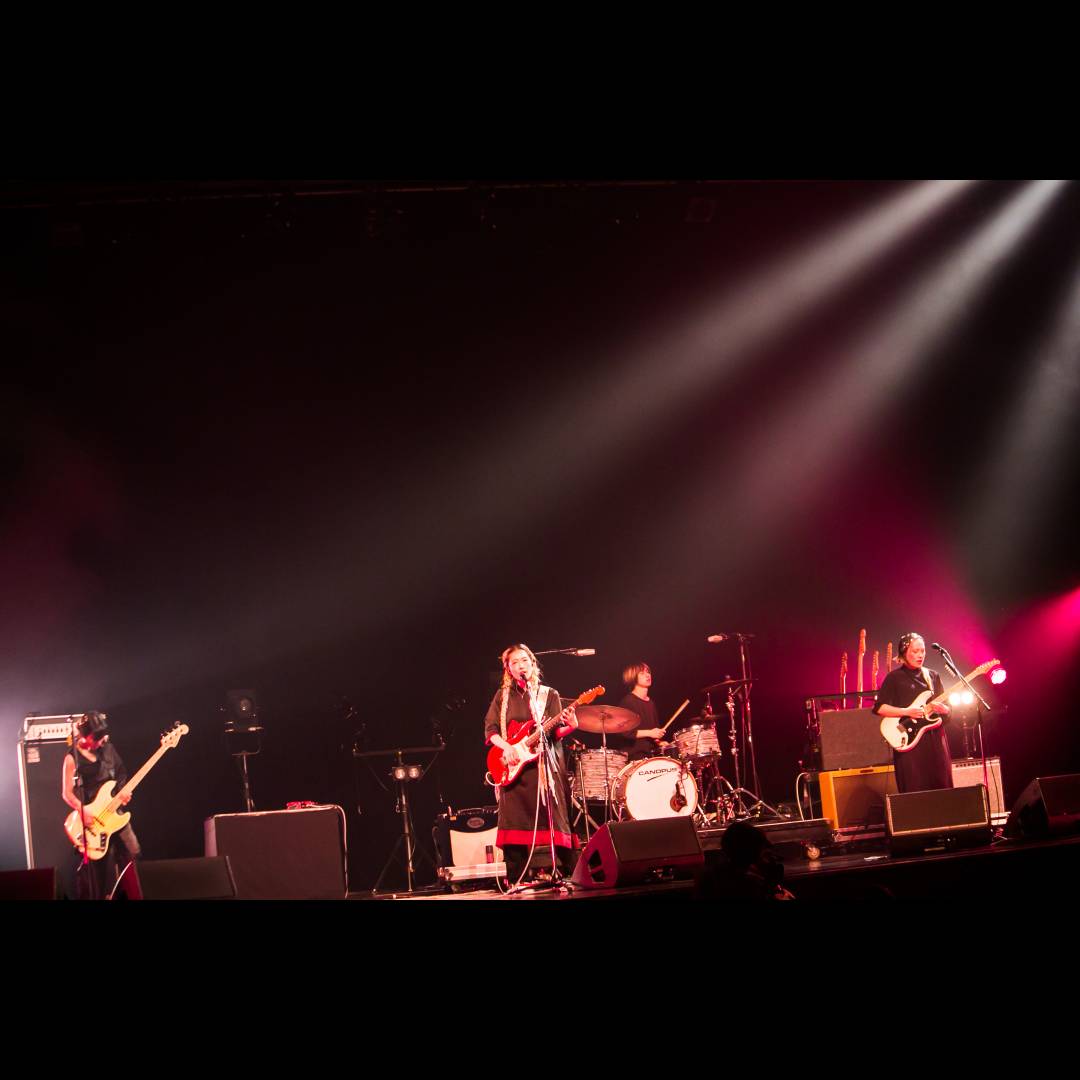 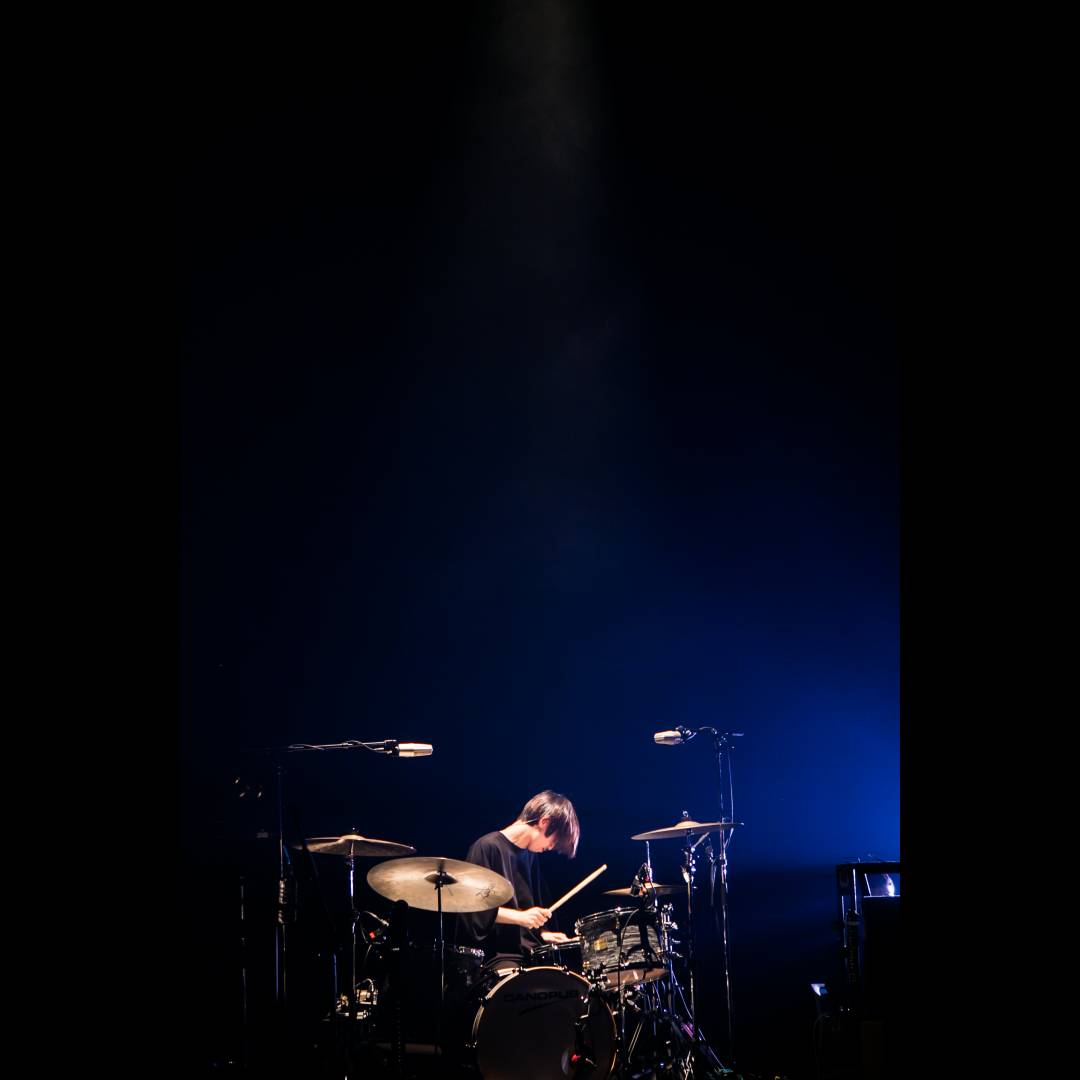 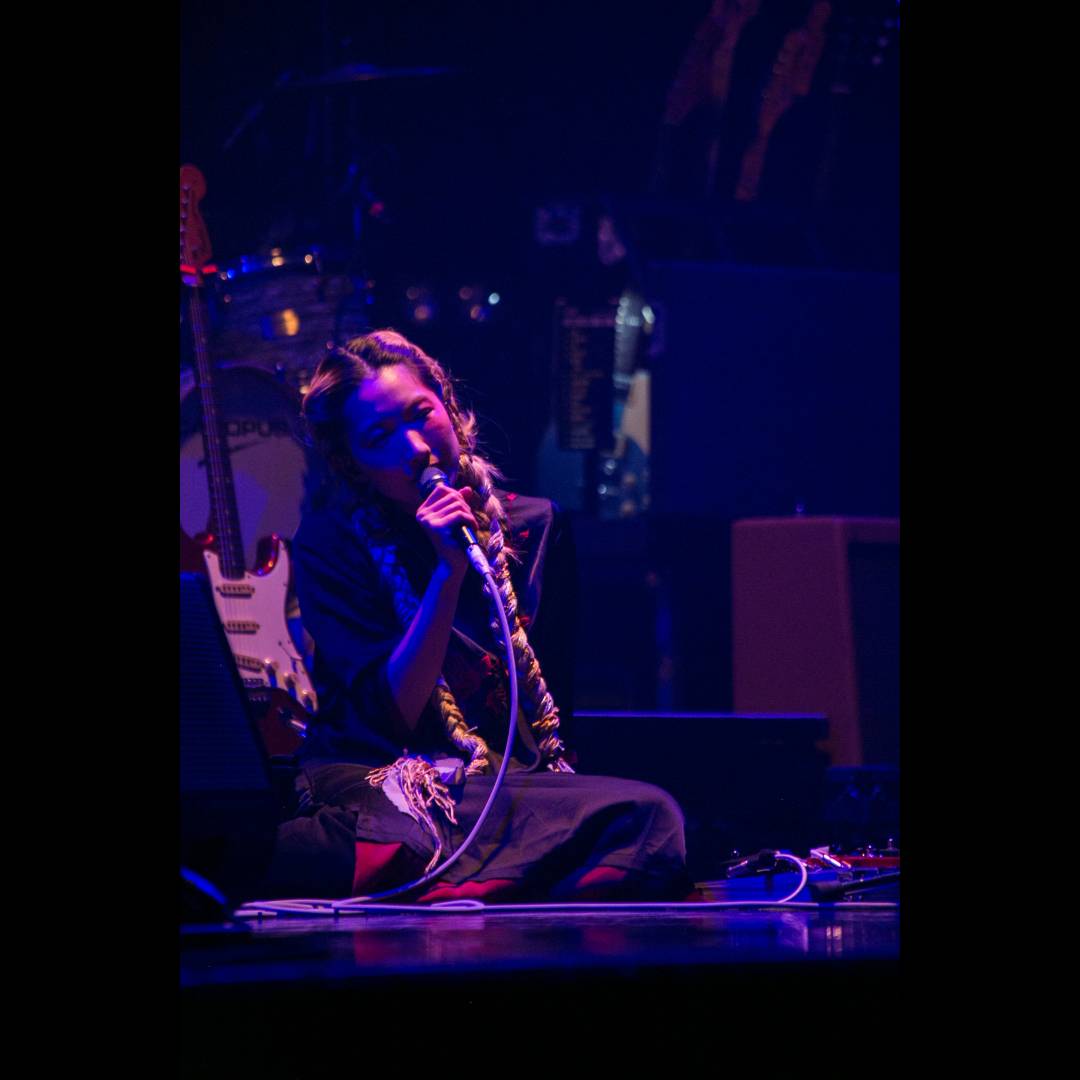 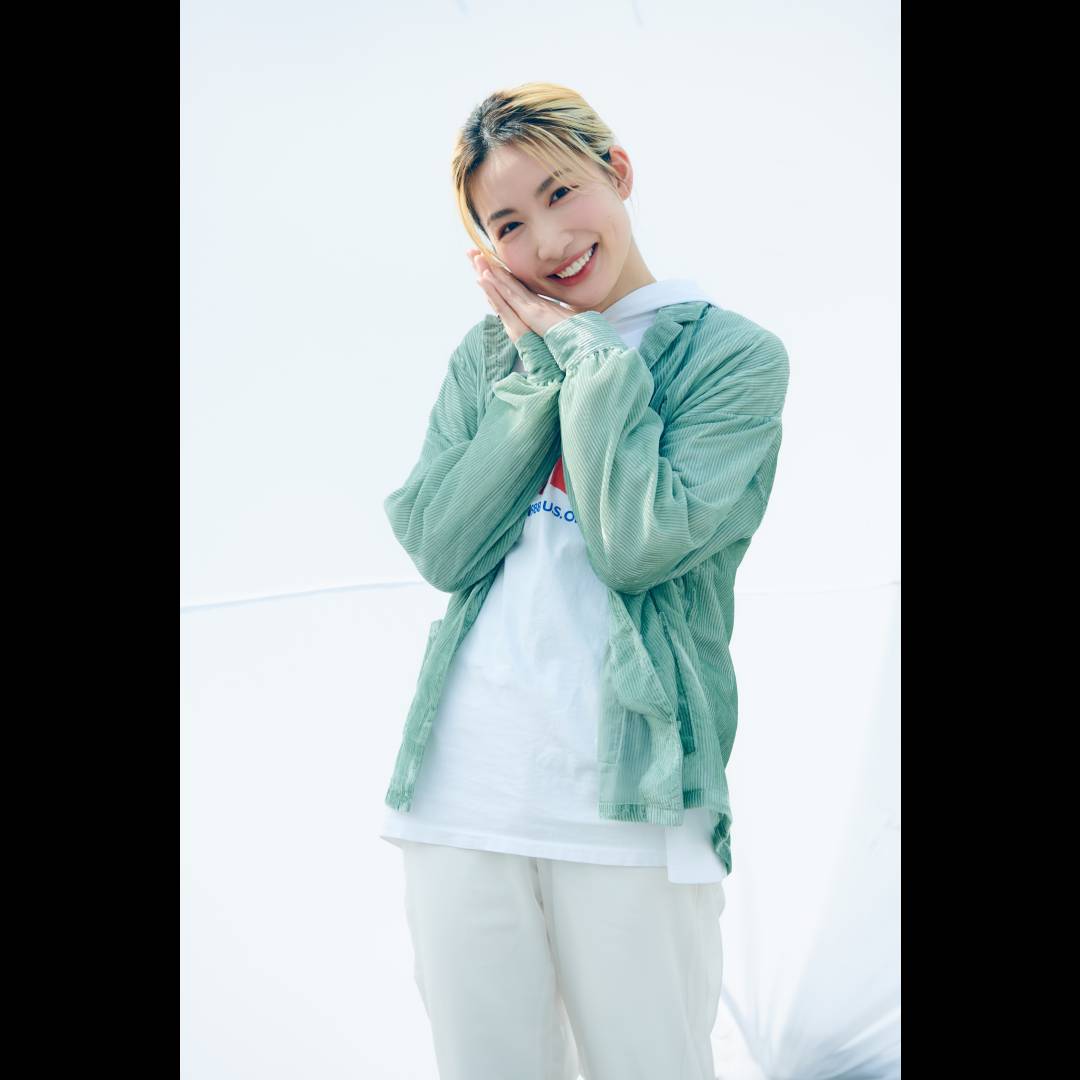 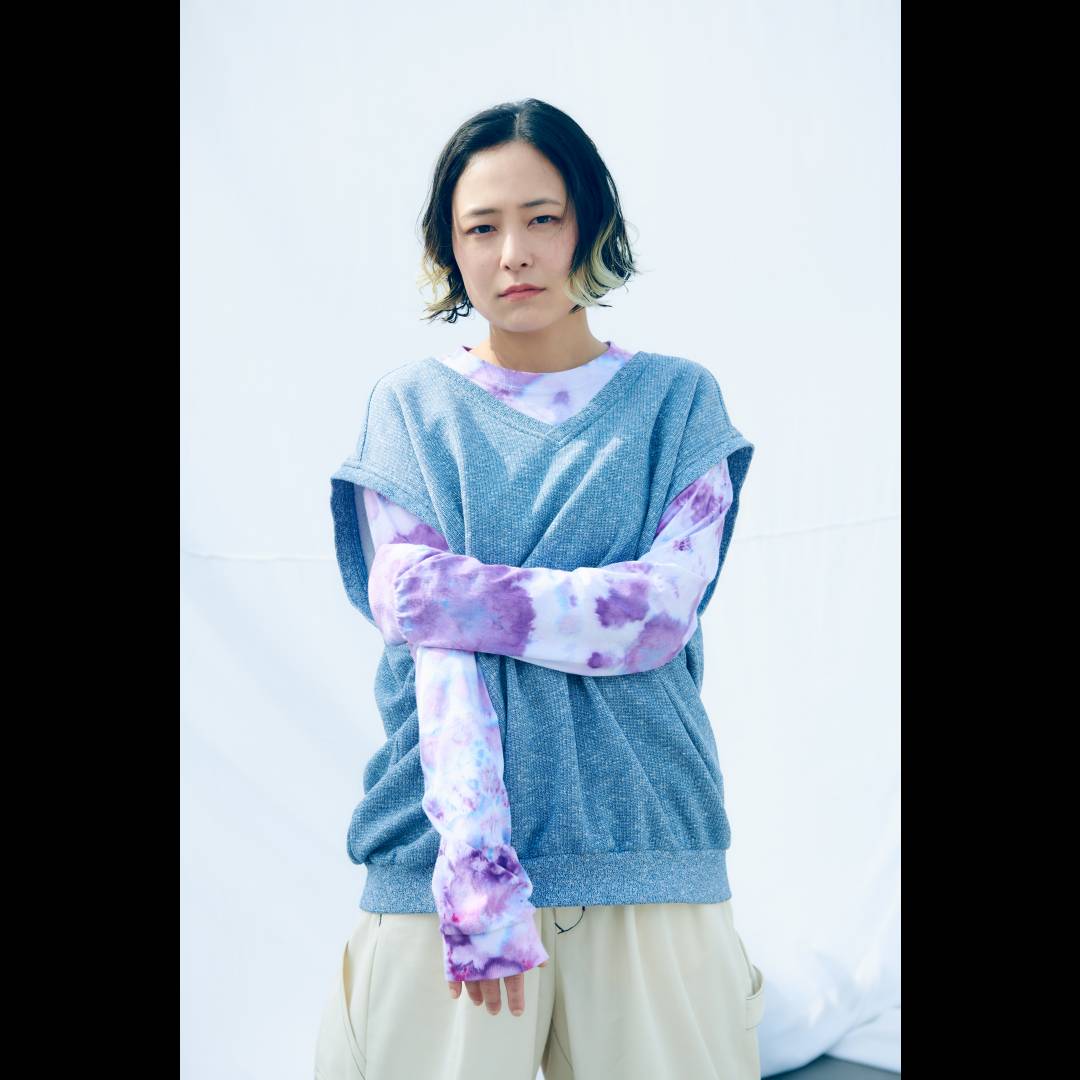 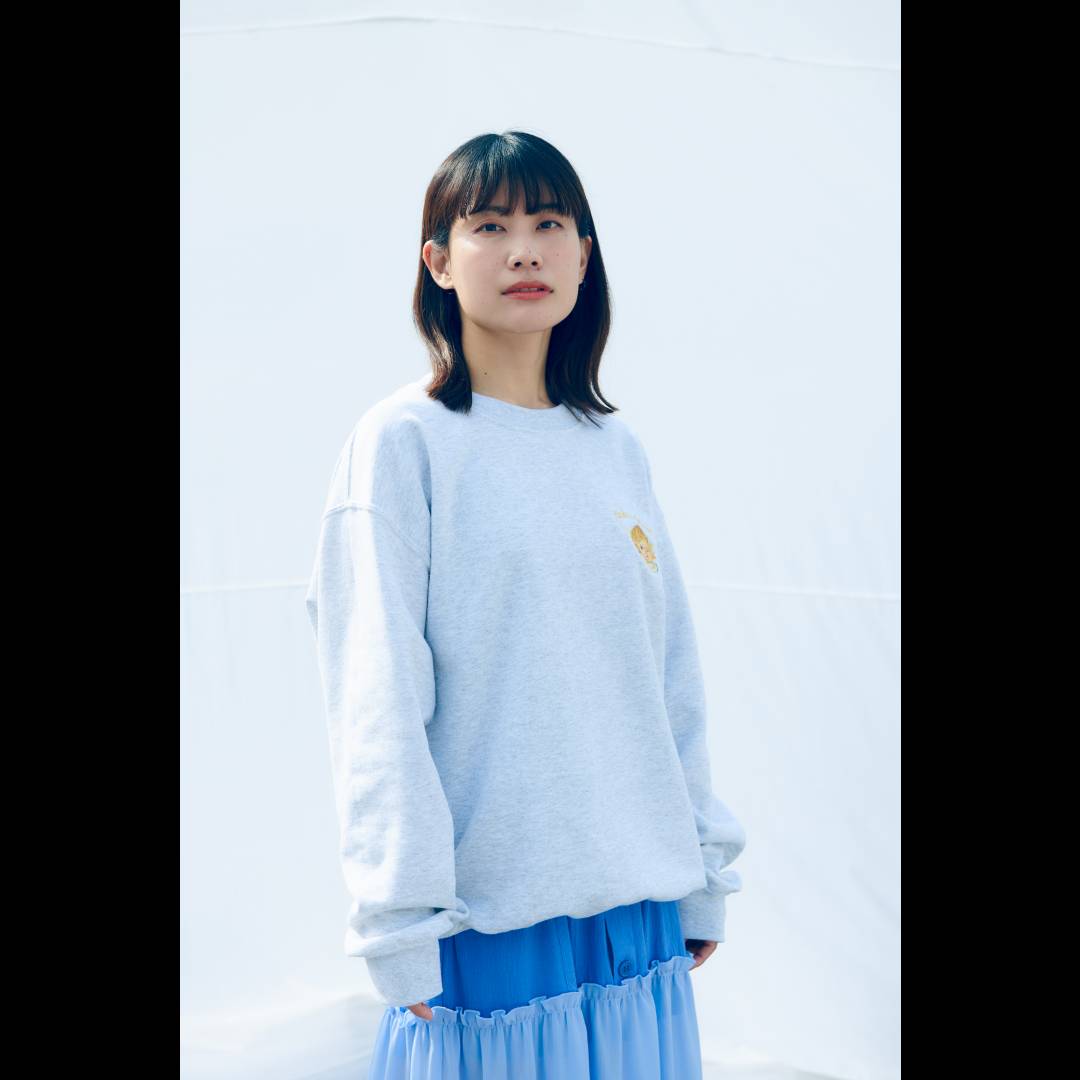 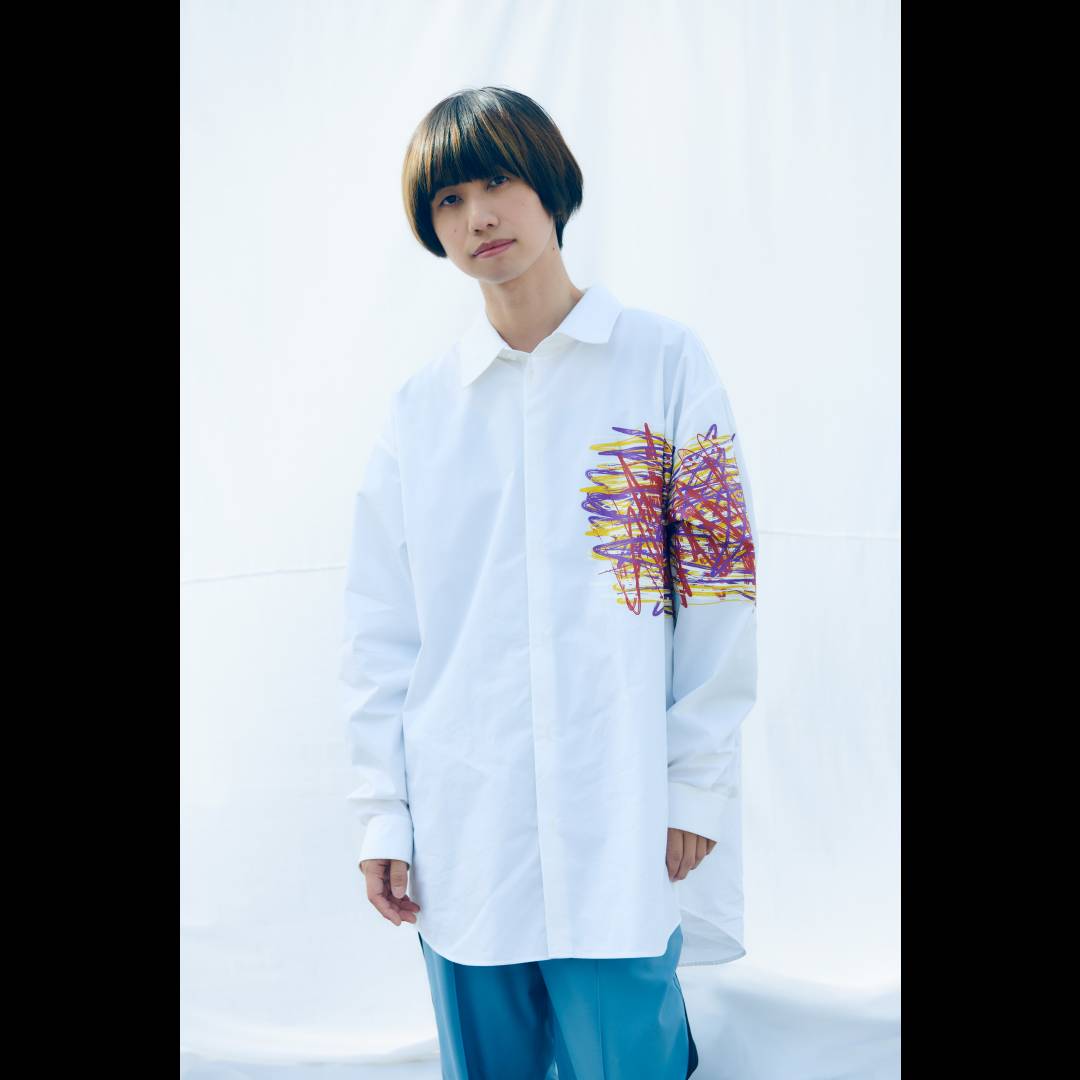 © tricot. All rights reserved.
Previous Next 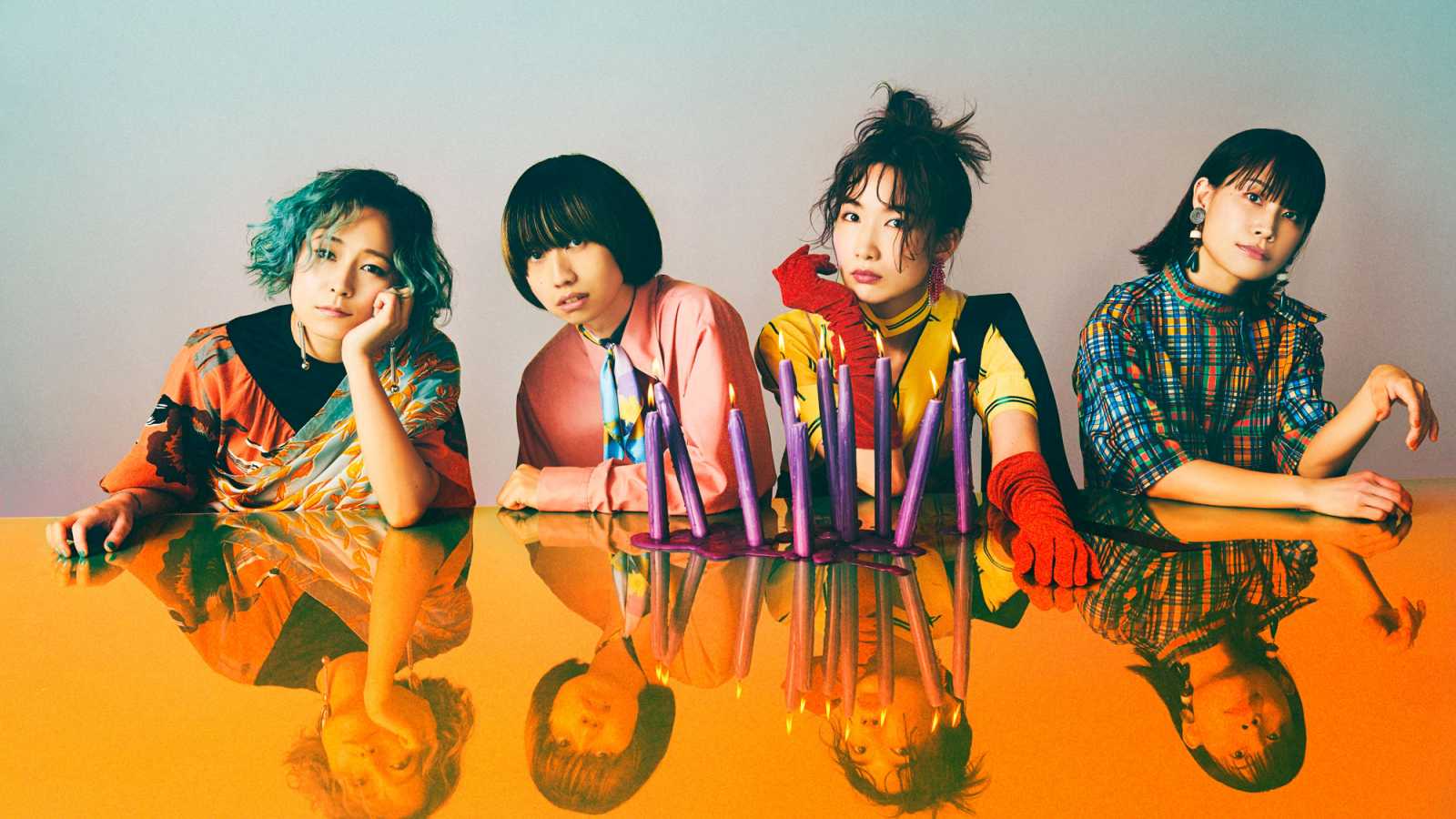 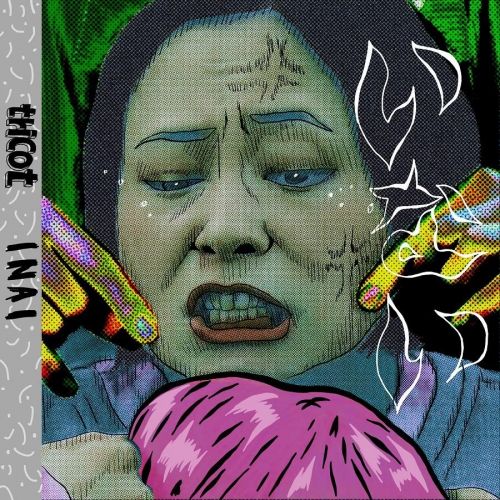