With their new album "From the Basement" due out on Setsuzoku Records tomorrow, Heavenstamp discuss their passion for British rock, their musical evolution and their international ambitions. 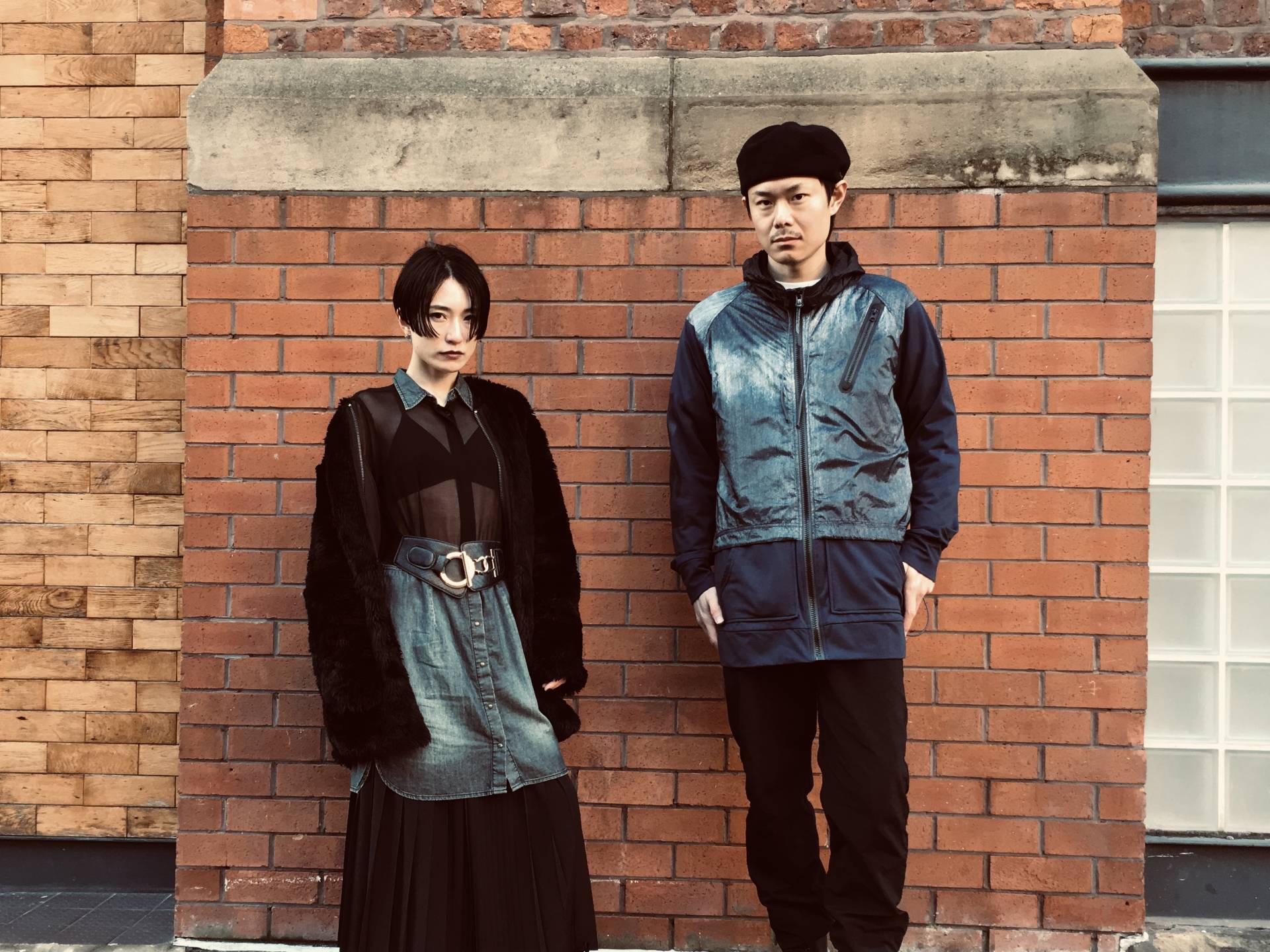 © Heavenstamp. All rights reserved.
Since its inception in 2009, Tokyo-based indie rock duo Heavenstamp has continued to attract more and more attention from pop-rock lovers all around the world, with its alluring Britpop-influenced music and energetic shows performed throughout Japan and the UK.

After celebrating love through the prism of colourful and moving synthpop songs with their third album Love Builders in 2019, the duo is delivering its fourth album, titled From the Basement, internationally on February 26th courtesy of British label Setsuzoku Records. Sail to Heaven, a 90s Britrock-tinged ethereal piece, is the opening track of this new opus and it hit digital platforms as a preceding single on January 22nd, giving fans a delightful taste of what's to come.

Ahead of From the Basement's release, we had the opportunity to talk with vocalist Sally#Cinnamon and guitarist Tomoya.S about this new album and their previous works, their artistic influences, their passion for British rock, and their eagerness to share their love of music with the world, amongst other subjects.

You’re releasing the international edition of your new album, From the Basement, through Setsuzoku Records on February 26th. How did the link up with this UK-based record label come about?

Tomoya.S: We were planning to tour the UK in the summer of 2020, but it has been postponed due to the pandemic, but to avoid wasting this "blank" period we decided to make an album. I thought that in order for the tour to be a success, and we definitely want to realize this tour in the future, we need to get more people to listen to a complete album. So I consulted with a UK tour staff member, a British friend who lives in the UK. He introduced me to Setsuzoku Records.

You cite a lot of UK bands as influences, such as Radiohead and Bloc Party. What does it mean to you to release your music in the country that produced so many bands that have inspired you?

Tomoya.S: The desire to release our CD in the UK, which has been a great inspiration for our music, was a very natural and positive desire for us. We have always believed in ourselves and taken on challenges.

Your last album, Love Builders, had a central theme of love, in all its forms. Does From the Basement have an overall concept too?

Tomoya.S: From the Basement is actually a companion to the previous album Love Builders.

Love Builders, which contains songs all based on the theme of love in various forms, was an album that expressed the importance of love in life, but From the Basement is like the day before Love Builders. It depicts facing the world, and yourself, asking questions and trying to expand your experience with inner strength.

The title From the Basement also reflects the situation of many people being restricted in their actions and trapped in their homes due to the pandemic. Under such circumstances, with the belief that we can overcome any situation, we wanted to produce an album with a guitar sound close to the sound of many UK rock bands including the Manchester sound that we truly love.

I also have a desire to release a record called Love Builder from the Basement that combines two albums into one.

Your website describes From the Basement as a return to rock. Can we expect a change of style from Love Builders?

Tomoya.S: Love Builders was a work that incorporated a lot of synthesizers, but this time I think that the guitar is more prominent. It was a natural change this time as we always want to make music freely without being restricted by a single genre or style.


You first performed in the UK in 2011 and you’ve returned regularly to tour since then. What is it about the UK music scene that keeps bringing you back to perform?

Tomoya.S: We have performed a few times in the UK and we often gig in Brixton, at Windmill Brixton. If it's good music, regardless of genre, you can perform regardless of nationality, and it's a very important place where you can meet wonderful musicians. We always have the desire to believe in ourselves and take on challenges, but meeting such wonderful people is also a major factor in attracting us to the UK.

The Japanese music industry has historically been quite insular, with many bands preferring to focus on their home market. You seem to have the complete opposite attitude. What drives your desire to share your music with the world and connect with fans and musicians overseas?

Tomoya.S: Of course, we enjoy Japanese music as well, such as Yurayura Empire, but the sound of Heavenstamp, because we love music from all over the world, such as UK rock, naturally produces more overseas-influenced music than Japanese. I think it's getting closer to the sound. Also, experiencing the wonderful performances of foreign bands who come to Japan and generate a lot of international excitement, we share this excitement with music fans all over the world with our own music. I think it drives the desire to do it.

You regularly work with Russell Lissack from British rock band Bloc Party. How did you meet, and how has this collaboration influenced your work?

Tomoya.S: When Heavenstamp started, we posted the music on MySpace. Russell heard us and asked if we would be interested in working together on a remix. From there, it evolved into co-producing some of our songs, sometimes inviting him as a guest player for gigs. We have similar musical sensibilities, so we were able to understand each other immediately. Even now, music work and private exchanges continue.

In addition, he always conveys a mature, accessible, and clear musical image. His great personality and positive presence have made a big impression on us as people too.

You were due to tour the UK in 2020, which was unfortunately cancelled due to the coronavirus pandemic. How have you dealt with the disruption to the music industry?

Tomoya.S: I think many people around the world, not to mention musicians, were affected. I was really looking forward to the UK tour and I'm really sorry that it was postponed. However, even in such a situation, we always search for what we can do and tried to maintain a positive attitude. It was a pleasure for us to complete the album and sign a contract with Setsuzoku Records.

A lot of bands have been live streaming concerts while venues have been closed to the public. Is that something you’d consider even after things hopefully return to normal, in order to reach your international audience?

Tomoya.S: For those of us who want to connect with music fans around the world, I think it is a positive thing. For those who don't know us now, it’s great they can have the opportunity to get to know us.


You formed Heavenstamp in 2009 as a four-piece band, though you’ve been operating as a duo in recent years. Did this change affect the way you create songs? Do you plan to include new musicians in your band in the future, or have you found a creative balance working together as a duo?

Tomoya.S: I have always been the composer and arranger, so there is no big change in the way songs are written. I don't know what the future holds, but at this point I think it's best to release the album as a duo and add support musicians when doing gigs.

Sally#Cinnamon, you have written a lot of lyrics for Japanese artists like Superfly, Sakurako Ohara, and Miku Ito, among others. What’s the difference between writing lyrics for yourself and writing lyrics for other artists? Are there any Western artists you would like to write lyrics for?

Sally#Cinnamon: When writing lyrics for other artists, think of the singers and their fans. I always want to write essential lyrics that are meaningful to the lives of both the artists and fans. It's the same when writing lyrics for yourself, but it takes a little effort to get an objective bird's-eye view of yourself. I've never thought about providing lyrics to Western artists, but it would be great if I had such an opportunity. I have provided them to Korean artists before, but Western artists would be cool if I had the opportunity.

When I heard that Japanese musician Shutoku Mukai was in charge of the Japanese translation of Yoshimi Battles the Pink Robots by The Flaming Lips, I wanted to do something similar!

Finally, do you have a message for your fans around the world?

Heavenstamp: Thank you for getting to know us, both those who know who we are and those who have never heard of us before. There is still a lot of turmoil around the world, but we hope that the calm of daily life will return as soon as possible and we will be able to meet you all on tour!

Please take good care of yourselves – physically, mentally, and please be safe.

We wish you all good health and happiness!

JaME would like to thank Heavenstamp and Setsuzoku Records for this interview opportunity. 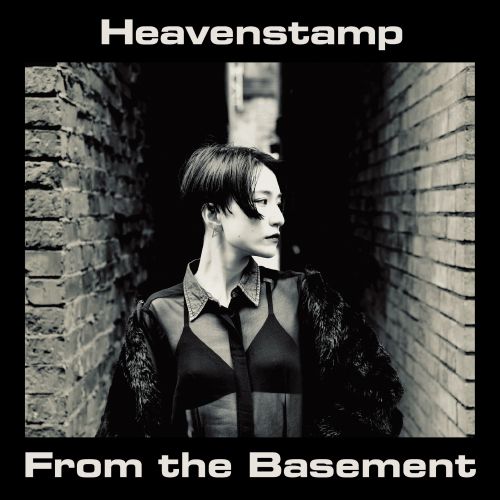