Patience and perseverance are rewarded. 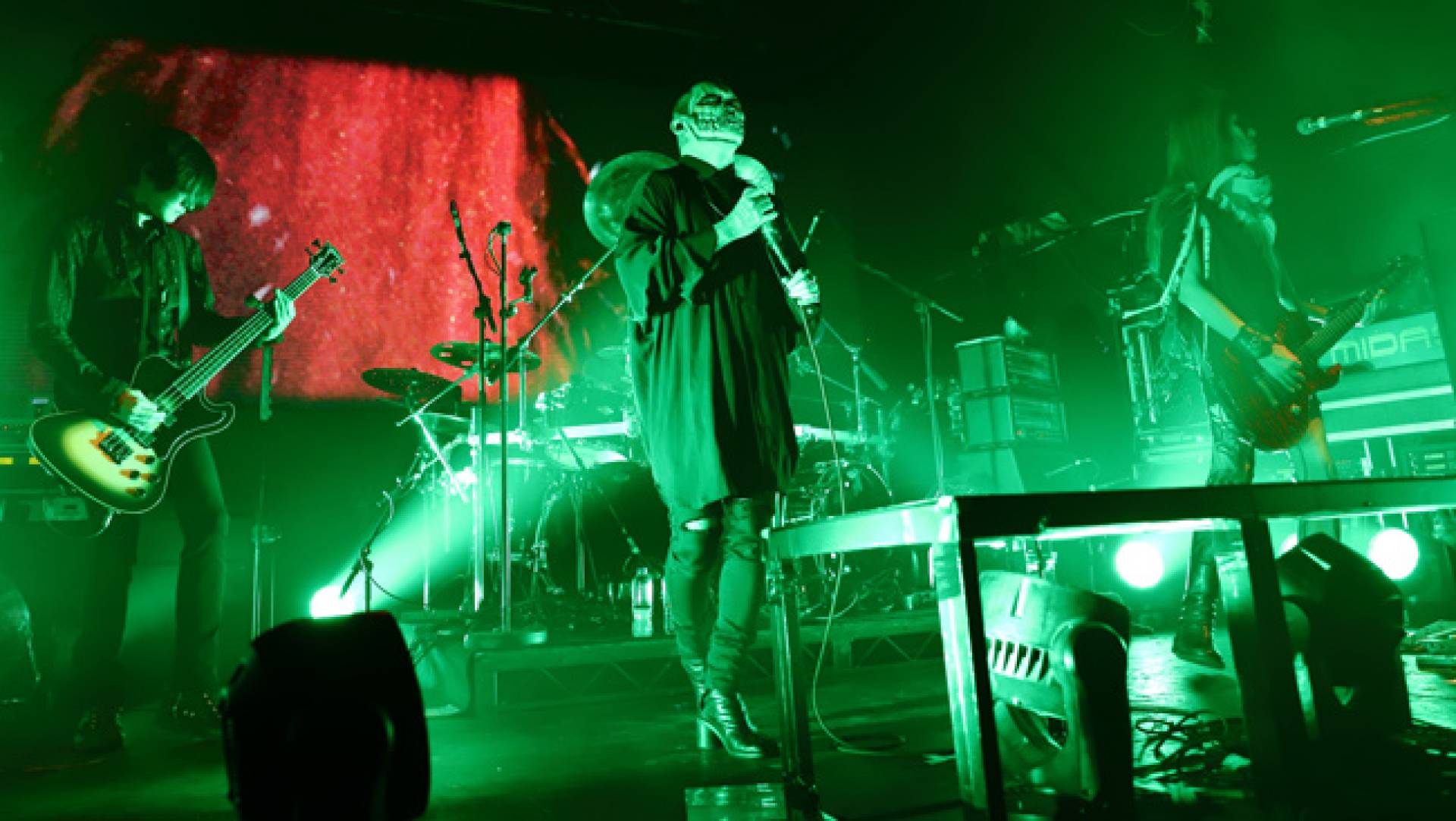 © ChrisN
DIR EN GREY fans have had to show some patience in recent years. The group’s latest album The Insulated World took four years to arrive after their last, Arche, and they haven’t toured Europe since 2015. If their fans think the waiting is finally over, tonight’s show is another exercise in patience. The evening starts with a long wait as the queue to get in snakes along Camden High Street and around the block. If it’s not a sold-out show, there can only be a scant handful of tickets left. The line soon shrinks and the venue fills. With no support act to while away the time the crowd checks out the merchandise, gets the drinks in and tries to get a decent spot to watch from as the anticipation builds.

DIR EN GREY make their usual one-by-one entrance. Shinya, dressed in white with silver-grey hair takes his seat behind the drums. Guitarist Die, his long blonde hair flowing, takes his position at stage right followed by bassist Toshiya and guitarist Kaoru. Finally, Kyo joins his bandmates, accompanied by huge cheers and applause. DIR EN GREY have moved on from their visual kei origins and toned down their look these days but the vocalist has made an effort tonight, his face painted in the leering, screaming skull design first seen on the band’s 2013 Ghoul tour.

They rip into Utafumi at full blast and we get the first glimpse of Kyo’s remarkable range. He flips effortlessly between guttural growling, screaming and a beautiful high pitched vocal amidst the galloping drums and thunderous guitars. Stood on the raised platform at centre stage, the frontman has the crowd at his command instantly. The aural onslaught continues with Fukai and Ash, though they take a while to get started with this one, perhaps a hint of the trouble that lies ahead.

The stage is bathed in cool blue light after the breathless violence of the opening and Wake eases things down a bit. For a tour on the back of a new album, there are a surprising number of older songs in tonight’s set. This track, dating way back to their visual kei days, has been reworked into their current sound, although Kaoru’s slow and leisurely solo still has that touch of old school visual rock to it.

The melancholy piano intro of Rinkaku is met with screams from the crowd. The heavy guitars kick in but then back off into gentler melodies and Kyo breaks into an emotionally operatic vocal. It’s a peaceful moment in a night of crunching metal mayhem. The fans take a breather from their head-banging and Die’s shampoo ad perfect hair waves gently in the breeze of a cooling fan set up in front. The closing bars take a dark turn and Kyo writhes in grotesque, unnatural movements that might pass for dancing in some hellish alternative dimension. The venue is plunged into blackness as the song meets its dramatically abrupt end.

Baleful wailing fills the air, part of the backing track for the next song. While the guitarists swap their instruments, Kyo wiggles his index finger at the crowd - a little wave to all his fans out there. It's a strangely cute moment from the skull-faced lead singer. Something is amiss though. Roadies appear from backstage to try to fix things, and the band departs while the techs frantically try to iron out the glitches. The fans are left to chat amongst themselves in the silence, wondering what the problem is.

It takes fifteen minutes before DIR EN GREY reappear to relieved cheers. Kyo pounds the mic against his chest and the crowd claps along in time. The background track has died, but they launch into Devote My Life anyway. The guitars scream like sirens and the fans respond with some serious head-banging. It’s a swift, aggressive blast driven by Shinya’s relentless drumming, and Kyo contorts his voice into some horrific sounds, resembling a wounded horse trapped in a tangle of barbed wire.

Everything seems to be back on track as they crack on with Keibutsu to Hajimari but the band members leave the stage once they’ve finished, their technical problems still unresolved. A PA announcement breaks up the crowd’s muttering chatter. “We’re just experiencing a few technical problems at the moment. Please be patient. We’ll resume transmission as soon as possible. Thank you.”

It’s a patient ten minutes before DIR EN GREY come back on stage, greeted by cheers. Toshiya’s rumbling bassline and Karou’s spiky guitar get Phenomenon and the rest of the show underway. Kyo is barely into his vocal before a tech walks on stage and waves the whole thing off. The crowd lets out an audible groan of disappointment and as DIR EN GREY grind to another halt, Kyo throws down his mic in anger and frustration. The amplified “thunk” rings out before the fuming frontman storms off stage.

The venue bursts into chants of “DIR EN GREY!” while the rest of the members follow their singer off and it’s another fifteen minutes before anything appears to be happening again. Techs appear with rolls of gaffer tape and get to work. Gaffer tape will fix anything, and if it doesn’t, just apply more gaffer tape! It turns out the source of the problems are computer related, affecting the group’s backing tracks, and the roadies are actually sticking revised set lists down.

DIR EN GREY fans are a remarkably loyal and patient bunch. They take the delays with a mix of quiet frustration and bemusement. There’s no booing, jeering or bottles of suspiciously unpleasant fluids thrown at the stage. The half hour that the band is absent doesn’t exactly fly by, but the crowd’s patience is finally rewarded. Screams and cheers fill the venue as DIR EN GREY return. Kyo has washed off the skull makeup, leaving only blacked eyes, and he seems to be channelling every ounce of his frustration into an aggressive performance of THE FATAL BELIEVER. He stands right at the edge of the stage during Sustain the Untruth and has the crowd back under his spell in no time.

After all the problems it seems DIR EN GREY have decided to see the rest of the night out with a bang. The haunting ballad Ranunculus has fallen victim to the amended set list, so it’s full speed ahead with The Inferno’s superfast thrash. The crowd are just as determined to go at it, and the predominantly female front row is a sea of flailing hair as the head-banging kicks into top gear.

The set draws to a close with Values of Madness and Beautiful Dirt. It builds to the final crashing crescendo as Kyo pounds his chest and raises his hands together, prayer-like, in thanks to the audience. DIR EN GREY leave the stage, as planned this time, and the fans start chanting for an encore.

They take their time backstage and it’s hard to keep the energy going as the chants begin to peter out. Roadies are still messing with guitars and it’s nearly ten minutes before the band return for their encore. Everyone is determined to enjoy their last burst of DIR EN GREY for who knows how long and Uroko sets off a bout of epic head-banging that sees the crash barriers strain and flex against the surging crowd.

Old favourite Saku keeps the intensity and the furious head-banging going, and that’s followed up with C which gets some singalong action too. Kyo smacks the mic against his chest shouting “London! London! London!”, before he screams “Last song! Last song!” as an introduction to the closer, Rasetsukoku. It’s a ferocious finish to the night, a storm of growling, screaming vocals and bludgeoning guitars that gives the fans one last chance to tear it up.

The band soak up the applause and, given the problems of the evening, spend longer than usual showing their appreciation of their fans’ patience. Kyo throws his towel into the crowd and Shinya follows suit, making souvenirs of his drumsticks. Kaoru, Die and Toshiya spray the front rows with bottles of water and fling a seemingly endless supply of guitar picks into the audience.

You don’t usually get much chat in a DIR EN GREY show, but after his bandmates have gone backstage Die takes time to address the fans after the night’s difficulties. “Thank you for coming tonight. Sorry we had some problems,” he apologises. He finishes with “We love you guys. We had fun tonight. We enjoyed the show.” It’s been a tough night, but these veteran performers have risen to the challenge and overcome, in the end, relishing the test. Die shouts “Bye bye!” which the crowd echoes back and he finally leaves the stage for good. It’s been a memorable night for both good and not so good reasons. DIR EN GREY may have delivered their show in instalments but they’ve paid back their fans in full. 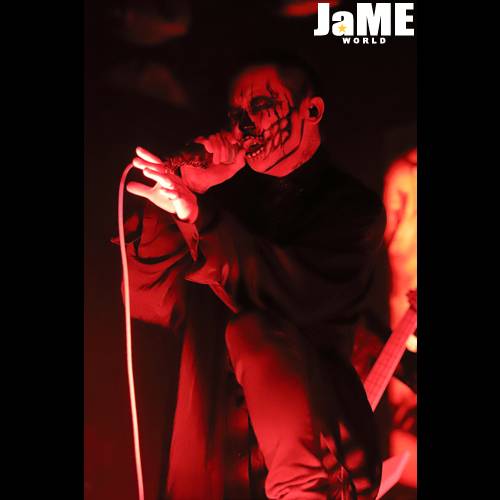 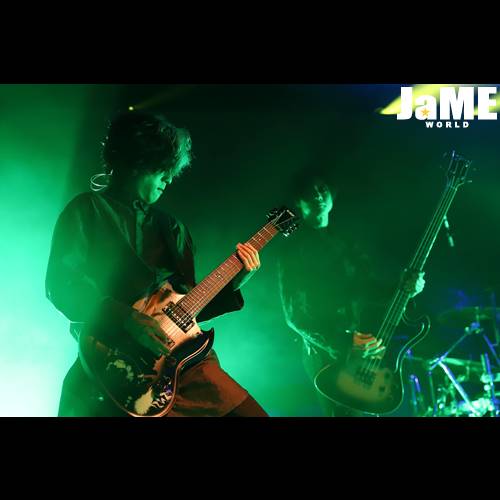 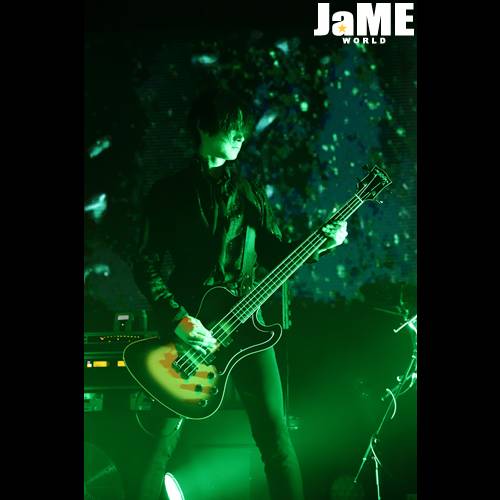 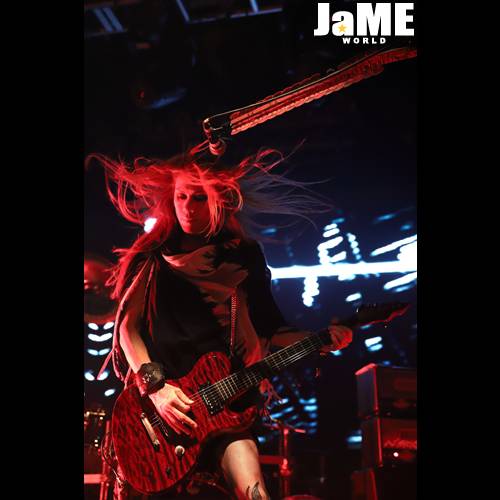 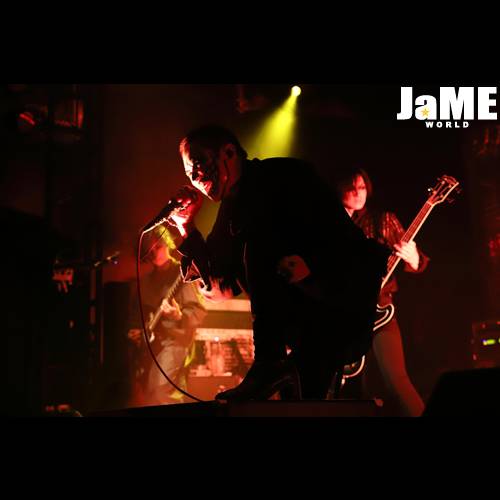 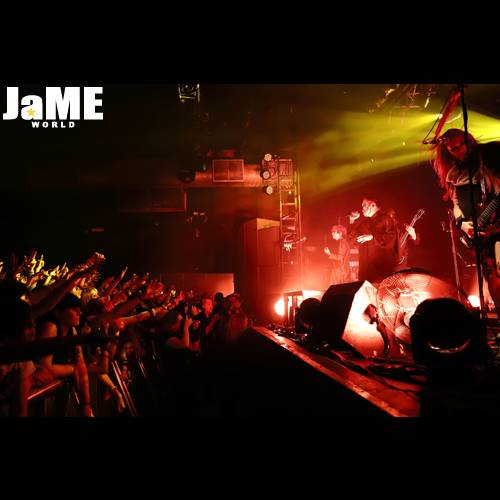 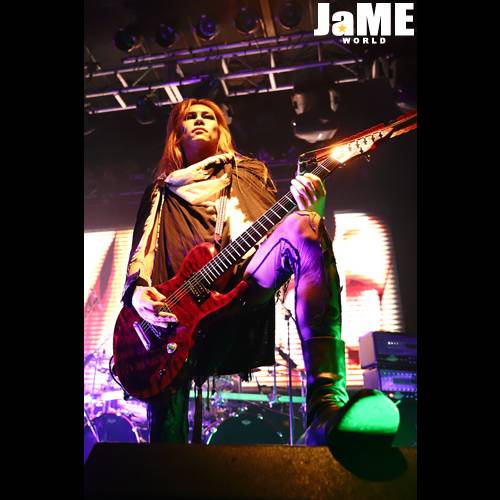 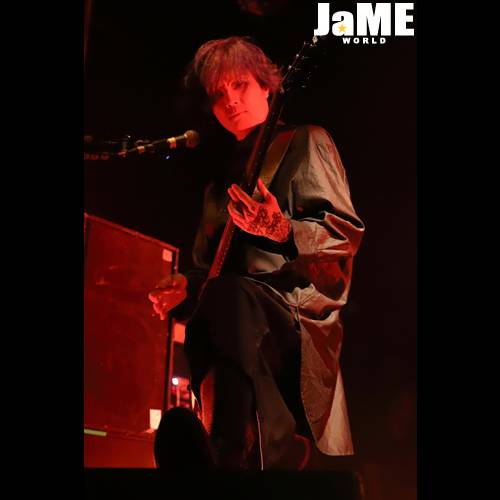 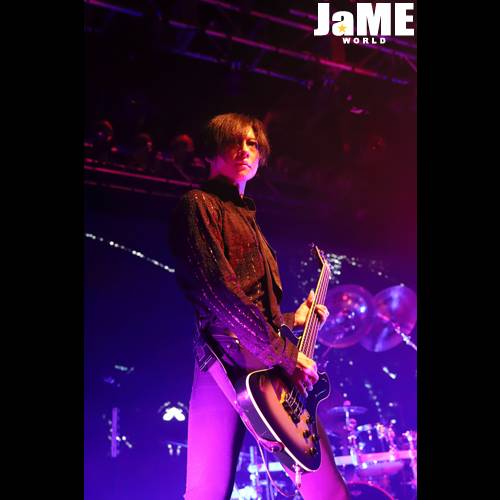