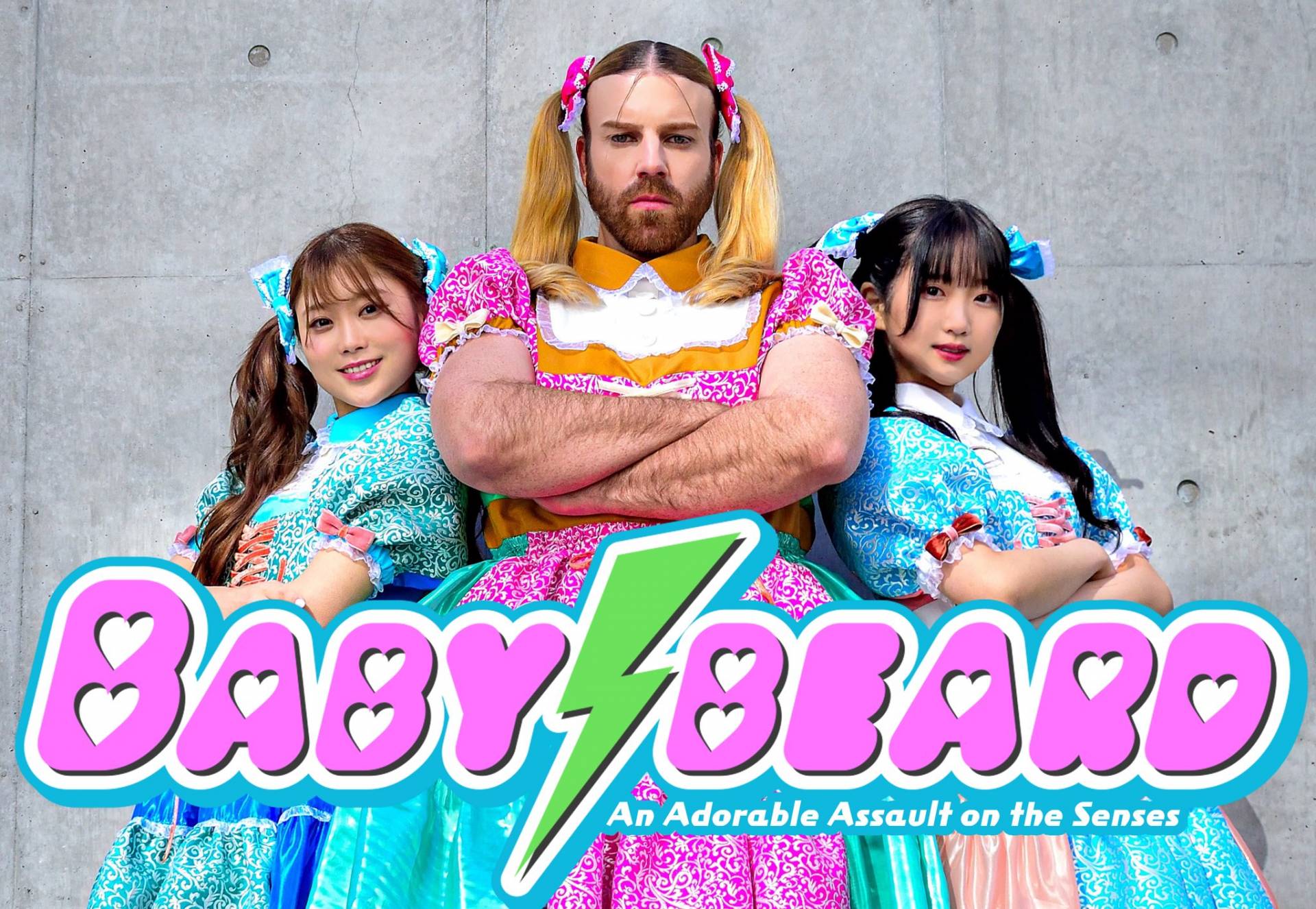 Pairing Ladybeard with Japanese idols KOTOMI and SUZU, who were chosen via an audition process from a pool of candidates from around Japan, BABYBEARD is said to be a pop-metal idol group that aims to fill people everywhere with hope, smiles and encouragement, even in the most difficult of times. The group promises to deliver colourful, high-energy songs and performances, fusing cute female voices with the guttural screams of heavy metal.

Ladybeard has participated in several collaborative pop-metal projects since arriving in Japan, and it has been said that he hopes BABYBEARD can bring together the best elements of all his previous work and give foreigners better access to the colourful world of Japanese pop culture.

To help achieve this ambition, the group's debut songs NIPPON KARA KONNICHIWA and PIENNIZER were written by Takashi Asano and Natsumi Tadano, the songwriters behind the 2015 hit Nippon Manju. The songs are scheduled to hit streaming services on April 28th.