Perfume will release a new live DVD and Blu-ray documenting their 2020 dome tour on September 2nd. 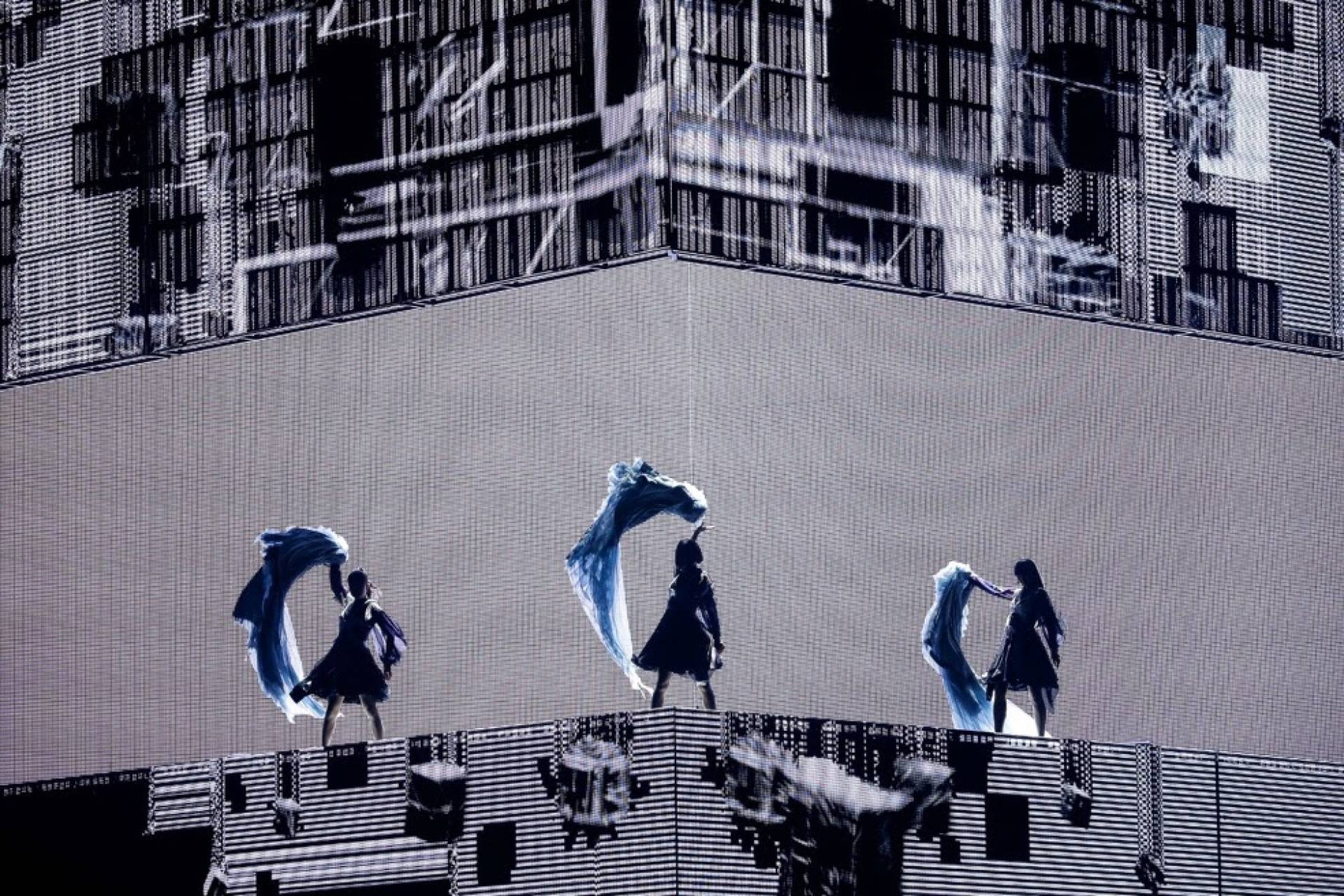 © Perfume. All rights reserved.
In celebration of their 20th year together and the 15th anniversary of their major debut, electropop trio Perfume have announced the release of a new live DVD and Blu-ray. Perfume 8th Tour 2020 "P Cubed" in Dome is set to hit stores on September 2nd.

The release documents their 2020 dome tour, which took place this February. The tour was held in support of their best-of album Perfume The Best "P Cubed" and saw the the girls performing at four major domes in Japan, with stops in Osaka, Fukuoka, Nagoya and Tokyo.

It had been six years since their last major dome tour, and Perfume were slated to perform seven shows on this run. However, due to the COVID-19 crisis, the tour final (and second night) at Tokyo Dome had to be cancelled.

This live release captures the first night at Tokyo Dome, held on February 25th, which was the last show before the tour's cancellation. The concert's set list was created with assistance from Perfume's fans, who voted on the songs they wanted to hear from the best-of album.

The release will be available in four editions. The regular editions will feature just one Blu-ray disc or DVD, respectively. The limited editions will each add a bonus disc filled with additional assets to further enhance fans' experience of the tour, such as medleys, an MC digest and an interview, as well as the video for Challenger and behind the scenes footage. They will also each come with a deluxe photo booklet and a laminated pass that features logos from past Perfume tours.

The release can be purchased internationally via A!Smart.

Watch the music video for Challenger below: