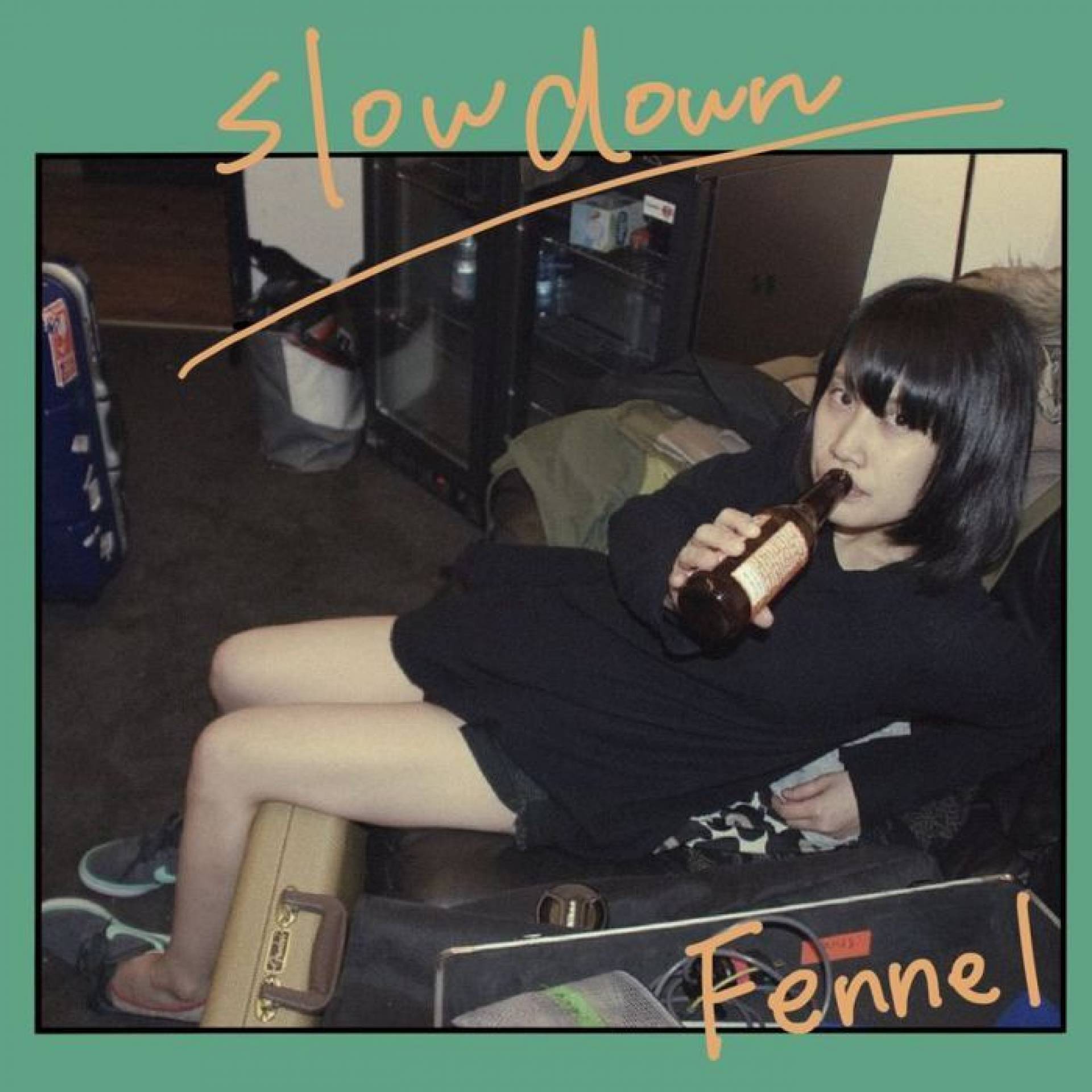 COVID-19 restrictions may have brought huge chunks of the music industry to a grinding halt, but it doesn’t seem to have slowed down alt-rock group tricot. If anything, they’ve upped their productivity, releasing three studio albums in just under two years. Amid that flurry of writing and recording, the group’s bassist Hiromi ‘hirohiro’ Sagane has had plenty going on. Somewhere between launching her own Youtube channel and overcoming appendicitis, she found time to create her first solo release, slow down.

It came as something of a surprise to discover the snaggle-toothed bassist had re-branded herself Fennel and unleashed a six-track mini-album upon an unsuspecting world. Unlike her tricot bandmate Ikkyu Nakajima’s major label side project Genie High, featuring controversial singer-songwriter Enon Kawatani and a gaggle of colourful celebrities from TV variety show Bazooka!!!, slow down is a decidedly low-key indie debut. Published by independent Tokyo label Like a Fool Records, slow down’s humbly underestimated first pressing of 500 CDs sold out pretty much straight away. Fortunately, to save everyone the bother of tracking down this instant collector’s item, it’s available on streaming services.

Our only previous glimpse at what a hirohiro solo project might sound like came in the form of Diver, one of the B-sides of tricot’s 2015 single E that never made it on to an album. The mellow, laid-back song offered a tantalising peek at the roots of slow down, standing in stark contrast to the sharp, angular sound of the single’s more typically tricot-flavoured tracks.

Chances to hear Sagane’s vocals out front have been few and far between, popping up with a few brief lines on tricot songs like Yosoiki and Summer Night Town. Hers is a plain, simple voice which nevertheless has a sweetness and purity to it. As Fennel, the production has added depth and strength to her vocals with a spot of layering and reverb. She’s crafted her own sound that brings to mind a mix of the lo-fi indie rock of toddle and the beefy American-sounding riffs of Art-School. The muscular guitars contrast her comforting, homely vocals without overwhelming them. Opening track Drunker typifies the Fennel style but slow down packs in plenty of variety. On the quieter numbers, she sings with an expressive vulnerability.


Sagane has put together a collection of dynamic, cleverly constructed compositions. There’s nothing so abrupt and in-your-face as tricot’s spiky stop-start rhythms and eccentric time signatures, but there’s always something interesting going on. Dreaming slides effortlessly from Pixies alt-rock edge to down-home folksy R.E.M. and back again, while Sunday's driving beat changes gear for a light and airy break.

Island adds another flavour to the mix: its big wall of guitar sound gives it a shoegazey feel, backed with a dream pop mid-section. Given the chance to call the shots, you might expect a bassist to grasp the opportunity to take centre stage, but Sagane shows some subtlety with Super Girl. The piano leads but very much in the style of a bass guitar, pacing out the rhythm and complementing the vocal melody.

slow down closes out with the wistful You and I, a song of unrequited feelings embodied in Sagane’s lonely little voice, yearning for someone to notice. The refrain "! don’t know what I am to you, but you’re very important to me" might scan oddly to native English ears but that’s the only bump in the road on slow down’s all-too-brief 25-minute ride.

While the mini-album's release may have been a pleasant surprise, it doesn’t come as any sort of shock that Sagane knows precisely what she’s about as a songwriter. She’s been making music with tricot, one of the most creatively and technically impressive bands out there, for more than a decade after all. Regardless, it’s always daunting to take that first step to put yourself out there on your own and she’s pulled off this excellent solo debut with a charming combination of confidence and modesty.

Stream "slow down" on Spotify
ADVERTISEMENT 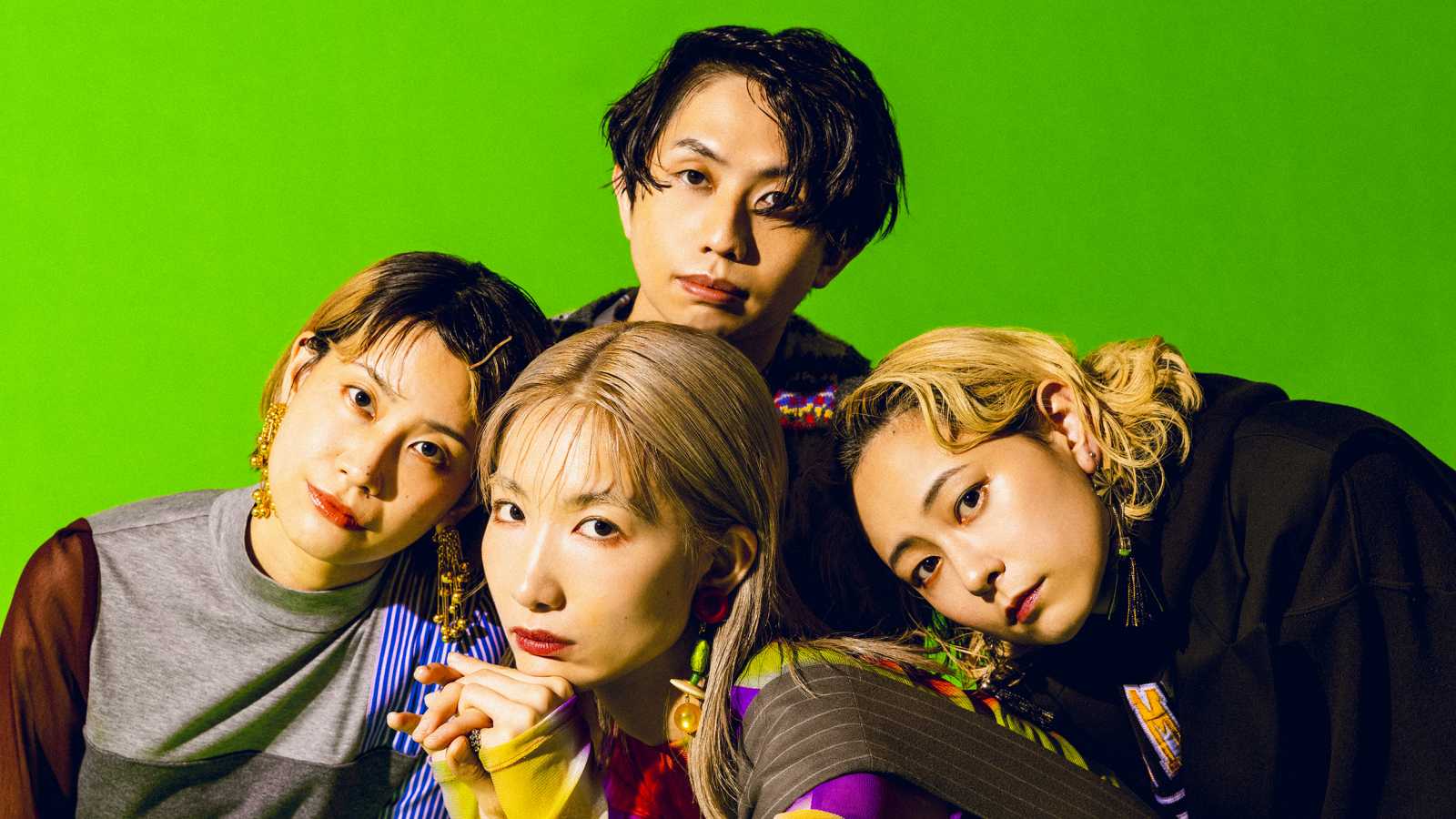 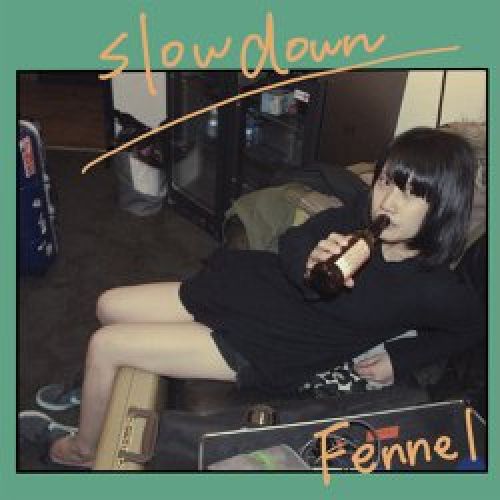