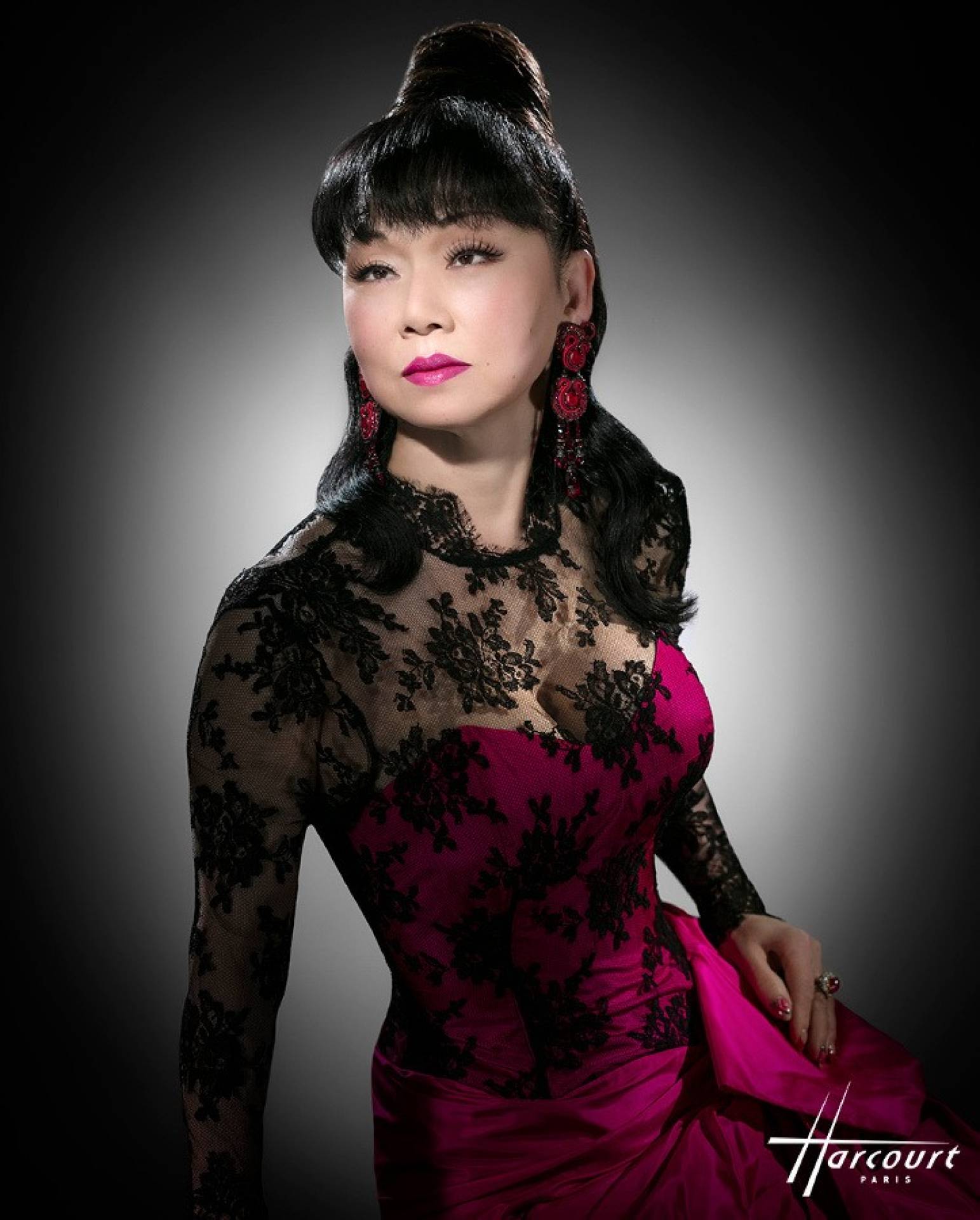 © Kazuko Matsumoto
The day after her brilliant concert at the legendary Paris Olympia, Kazuko Matsumoto, also know as "La Môme from Osaka" by chanson connoisseurs, sat with JaME to discuss her career, her recent Parisian concert and her future plans.

Hello Mrs. Matsumoto! Could you briefly introduce yourself for our readers who may not know you yet?

Why did you decide to specialize in French chanson? What attracts you to this type of music?

Kazuko Matsumoto: Through French chanson, I can express my way of life as well as the way I lived the story of my life.

You seem to really like France, and Paris in particular. What do you like about our country?

The Japanese and the French seem to love each other a lot. Many Japanese people love France and conversely, many French people love Japan. How do you explain that?

Kazuko Matsumoto: In fact, I like the fairly straightforward side of French people, and Parisians in particular. They are a bit similar to the Osakans (Matsumoto is from Osaka). The people of Southern Japan are also very direct.

You have performed several times in France. Could you tell us more about these experiences, and more particularly about your first concert in Paris?

Kazuko Matsumoto: It was during the year of the 150th anniversary of the establishment of diplomatic relations between Japan and France, in 2008. It was also my 20th anniversary as a singer. I started the tour celebrating this anniversary in Paris, before continuing it in Japan. When I came in 2008, I stood in front of the Olympia and challenged myself to perform there one day. That is why I gave concerts in Paris every two years. This concert at the Olympia was scheduled for June 2020, but it had to be rescheduled because of the COVID-19 pandemic.

By the way, how did you feel during these uncertain times?

Kazuko Matsumoto: I was very worried. I didn't know if the concert at the Olympia was going to happen or not.

What are your main musical influences? French, Japanese or international?

Is there a French singer with whom you would like to collaborate?

And a living one?

Yesterday, you celebrated your 30th career anniversary on the Olympia stage. Why did you chose this venue? What does it represent to you?

Kazuko Matsumoto: This is the stage Edith Piaf performed on until the end of her life. That is why I absolutely wanted to perform on it.

So, you made your dream come true last night?

Yesterday evening, you gave a magnificent performance which greatly pleased the audience of the Olympia. How did you feel during the show?

So, are you satisfied?

Kazuko Matsumoto: I sing but I also take care of the organization. There are lots of things and little details to sort out. Everyone helps but I also have to manage invitations, delegations etc. all this in addition to singing.

It must be very stressful then?

Kazuko Matsumoto: Yes, it was a little bit stressful. It was a bit difficult. I didn't have enough time to rehearse. Also, my vocal condition was not optimal because I was a little sick so I am a little sorry for the spectators.

Really?! (Matsumoto’s voice was remarkable during her show, hence our astonishment)

For this show, you wanted to mix French and Japanese songs, but also to present a tea ceremony. You also wore beautiful kimonos. What drove these choices? Did you want to create a performance that would mix our two cultures?

Kazuko Matsumoto: In Japan, we say "wa song". "Wa" means "Japanese-style". So it is French chanson, the Japanese way. I wanted to create a bridge between our two cultures. The goal was to create a "bridge" of French-Japanese songs, to mix them together.

Many talented musicians and guests including French singer Danièle Vidal and the "Envie de chanter" choir, directed by Marco Avallone, accompanied you on stage. Can you tell us how you met them and why you chose them for this concert at the Olympia?

Kazuko Matsumoto: I already sang with Danièle Vidal on stage in Japan. We are friends now. As for the choir, I met Michael, a member of "Envie de chanter", in 2008. He was in charge of the choir. He was part of an association that took care of my concerts, that is how I got to know him.

And what about your musicians?

Kazuko Matsumoto: I have known Roger Pouly for a long time. I have held seven concerts in France before and he has been my pianist six times.

Did he recruit the other musicians?

Kazuko Matsumoto: Correct. Roger Pouly was a pianist for Charles Trenet for 28 years. That's what he is famous for and he is a great person! He is a very humble person.

The other musicians were also very good.

Kazuko Matsumoto: I am very happy to be surrounded by really great people.

Some musicians were not the ones that were originally booked to perform with you, right?

Kazuko Matsumoto: They were not available anymore. The violinist, the guitarist and the accordionist were replaced.

Can you tell us about your latest album, Hymne à L’Amour, which was released both in France and in Japan? How did the recording go?

Kazuko Matsumoto: (Matsumoto shows the album cover, which is a picture of her in black and white, reminiscent of Edith Piaf’s) This photo was taken at the famous photo studio which took pictures of Edith Piaf. It was sort of the same composition. The main goal was to sum up the 30 years of my career. But also, through the songs of the album, I wanted listeners to think "French chanson is great!". And I also wanted to give joy, a moment of endless joy. The album was recorded in Paris.

Kazuko Matsumoto: At Franco Tomassi’s studio. This is where Serge Lama used to record his albums.

What are your plans for the future?

Do you want to rest?

Kazuko Matsumoto: For now, yes. We have only one life. We only live once. So, I do not want to miss out on opportunities. I would like my songs to continue living in the future.

Kazuko Matsumoto: I would love it if you could come listen to me on stage. A big thank you to all of you!

JaME would like to thank Kazuko Matsumoto and Masako Fukushima for this interview opportunity. 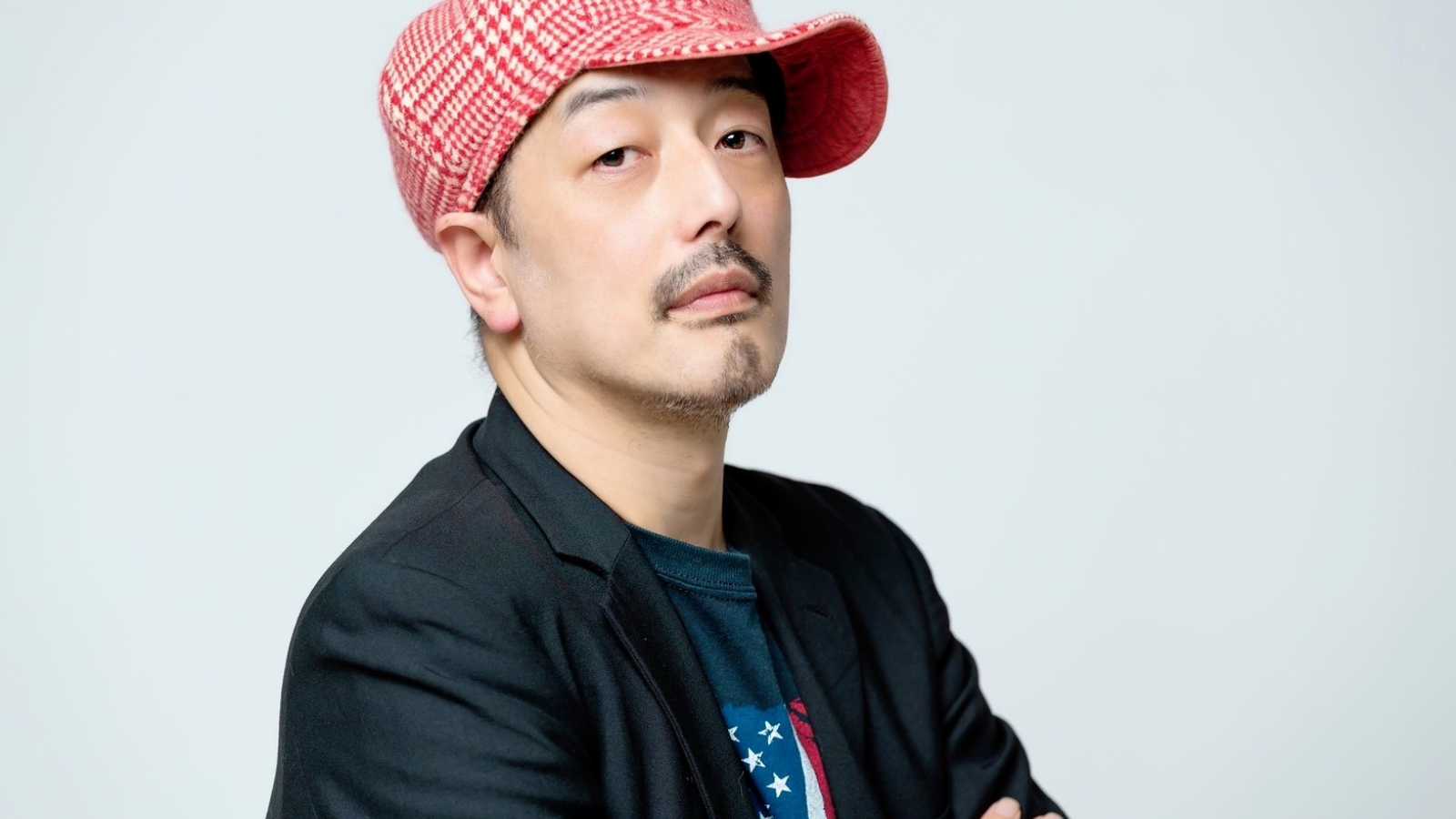 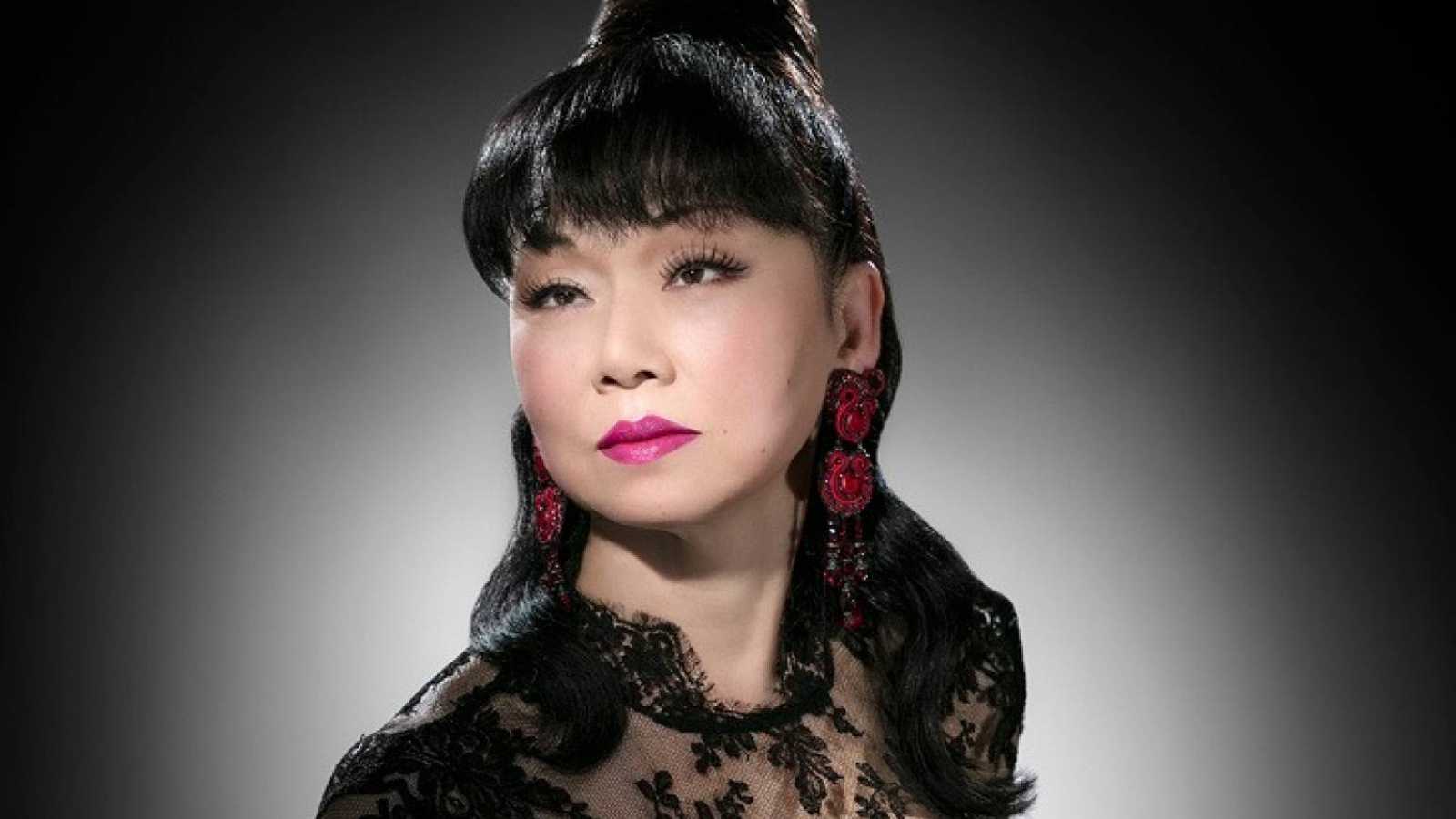 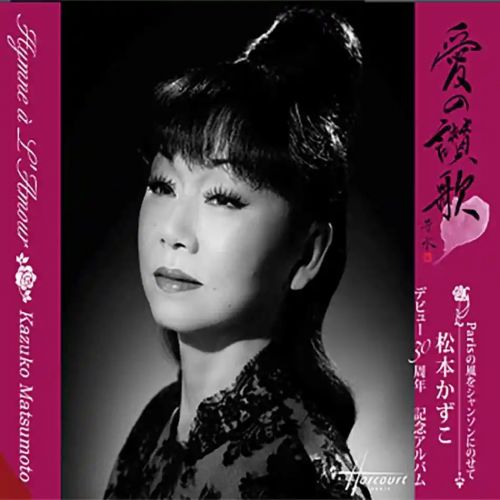 MIYAVI delivered a warm and wild welcome back to live music for everyone. 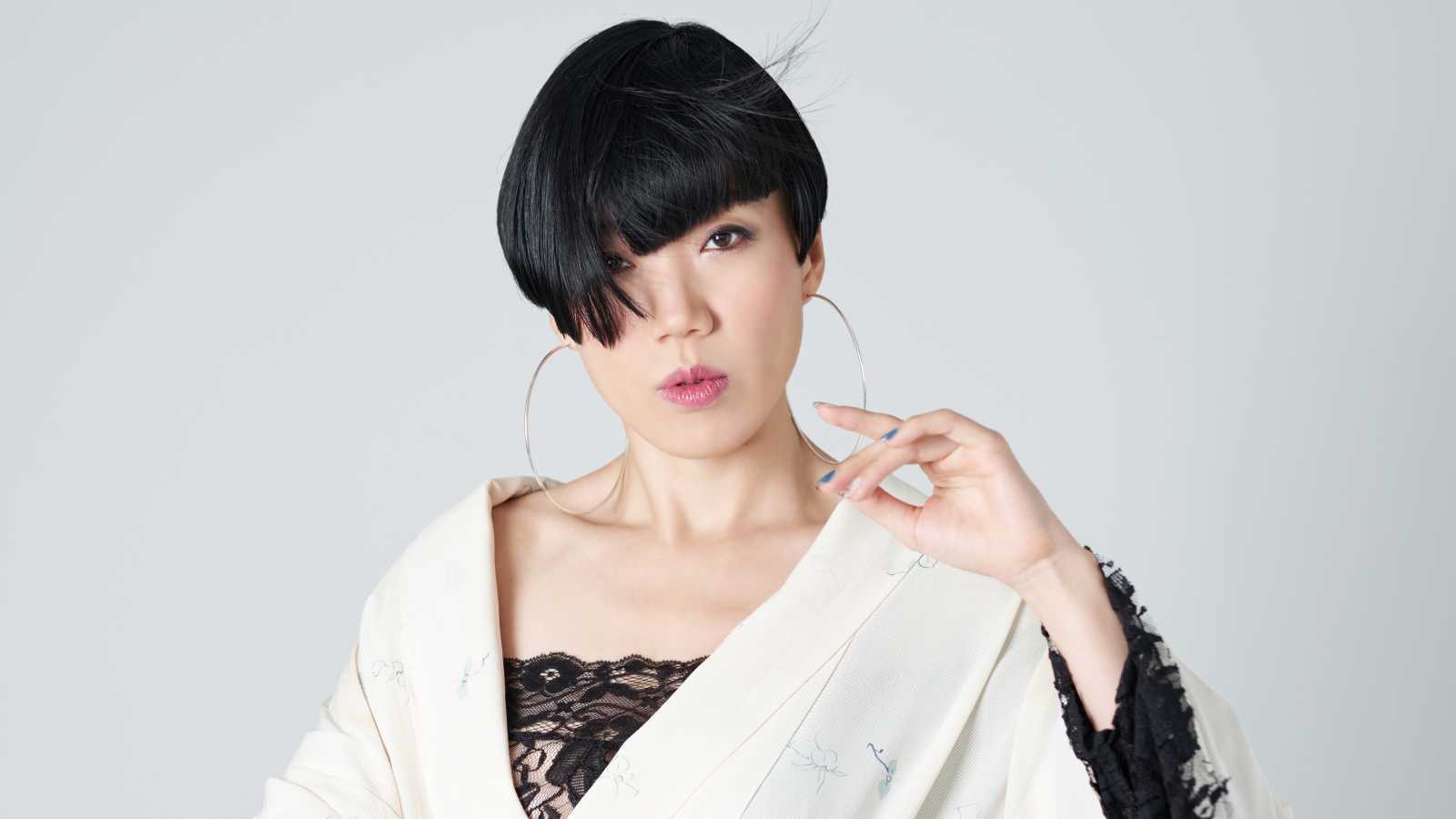 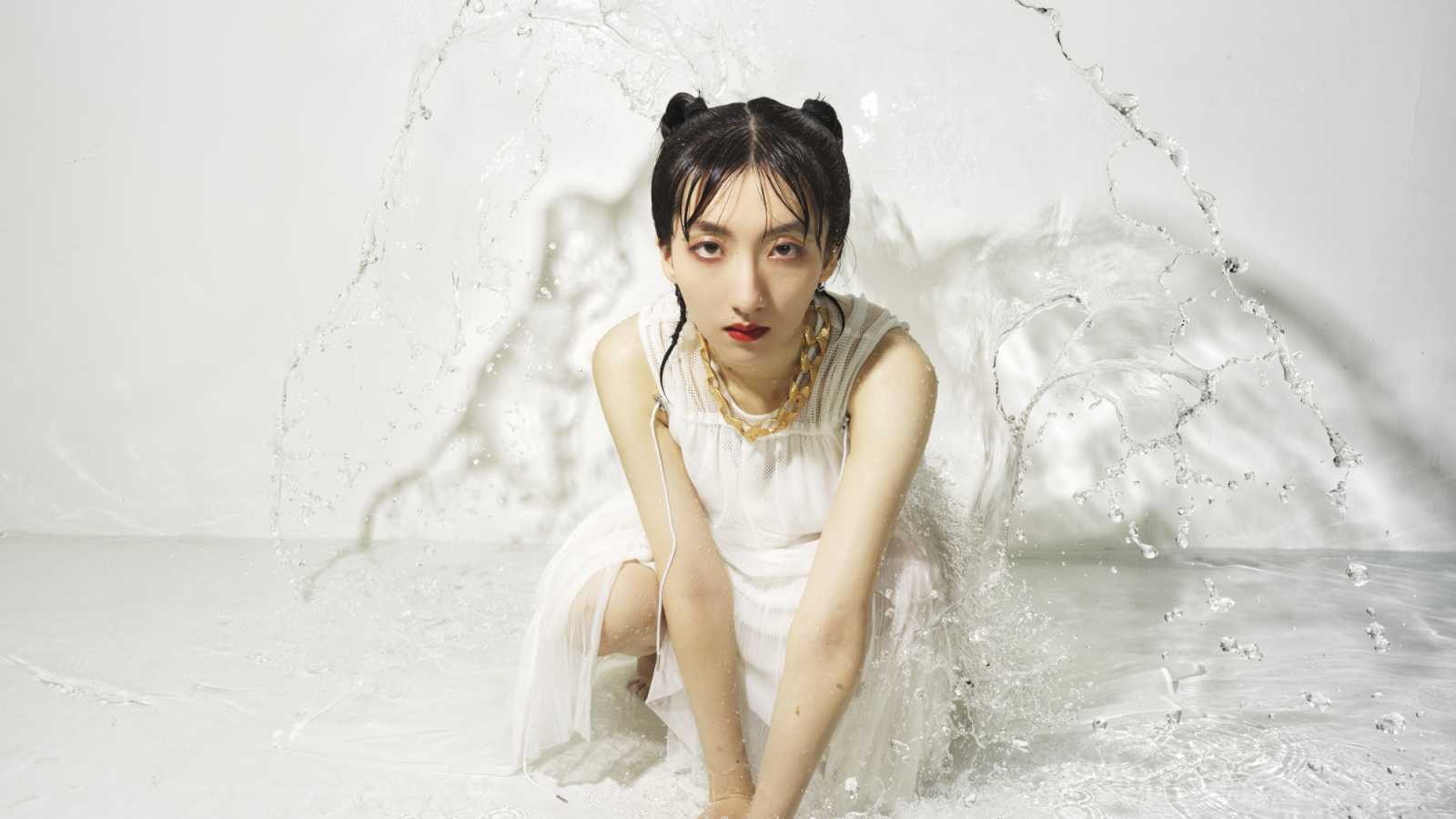 HARU NEMURI will release a new digital single on October 1st, and footage of her full performance from "Live on KEXP" is now available on YouTube. 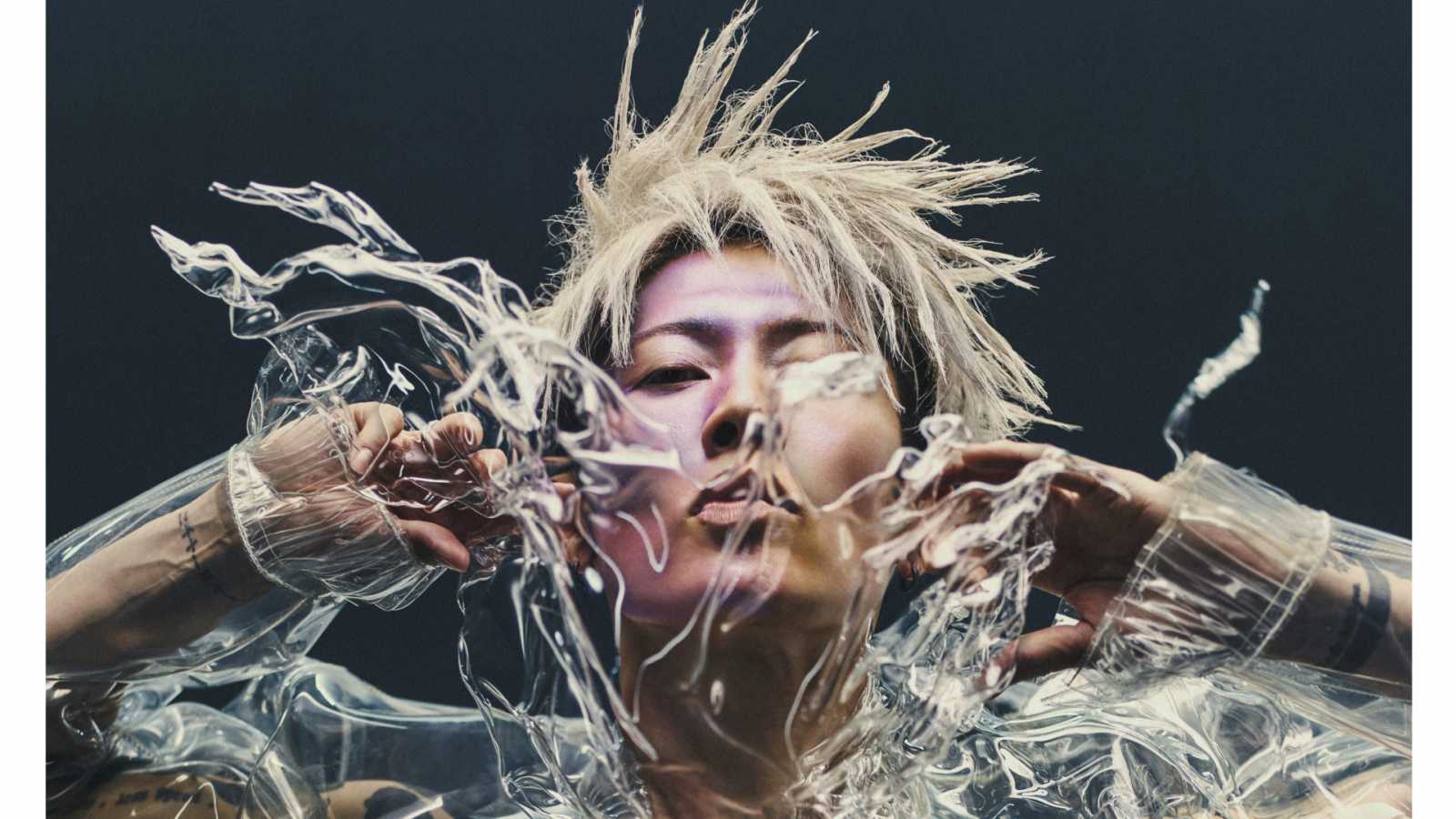 MIYAVI will be embarking on a North American tour this fall, and more details have been revealed about the contents of his upcoming album "Imaginary". 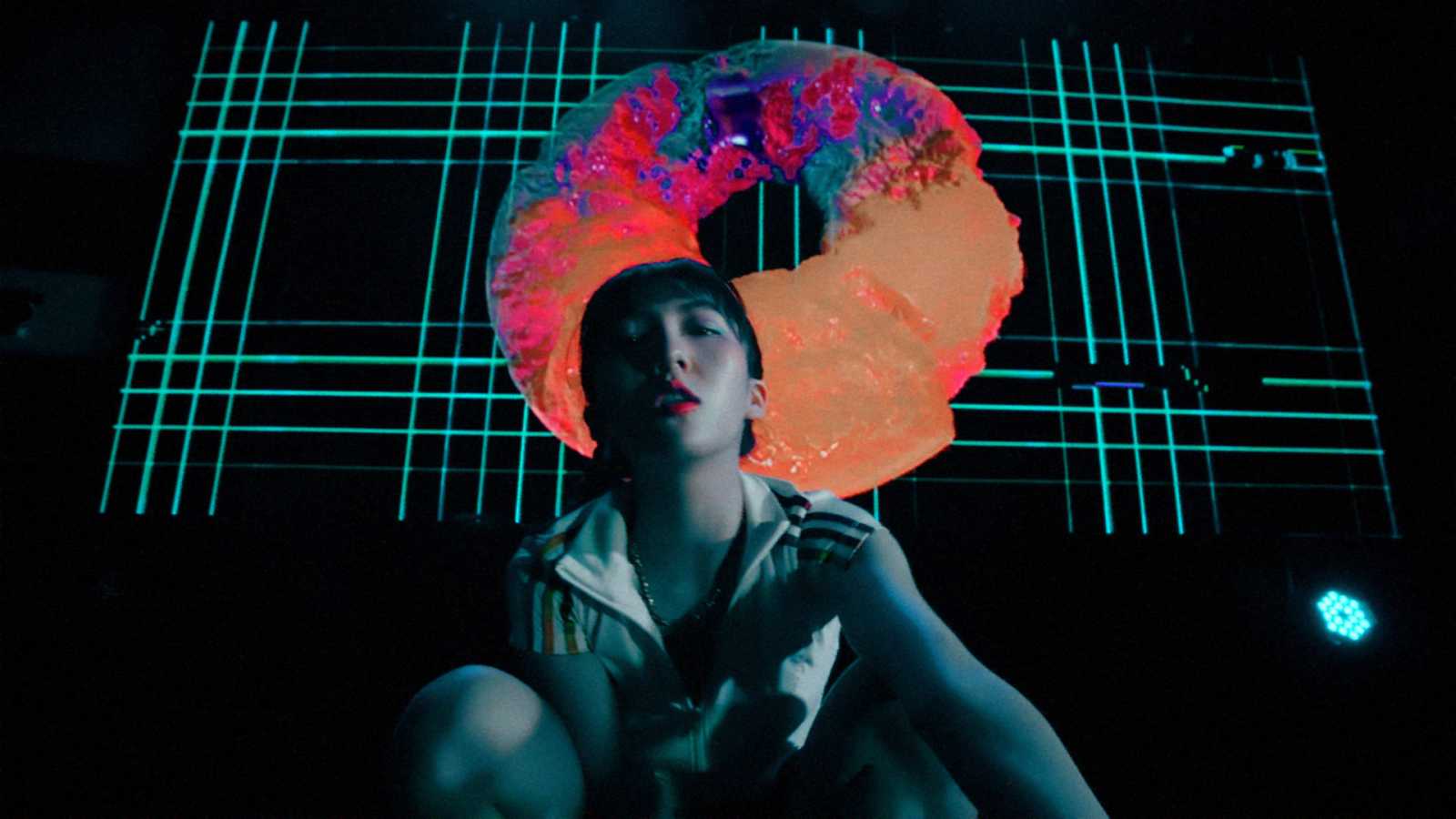 HARU NEMURI has released an angry new digital single, right in time for the opening ceremony of the Tokyo Olympics. 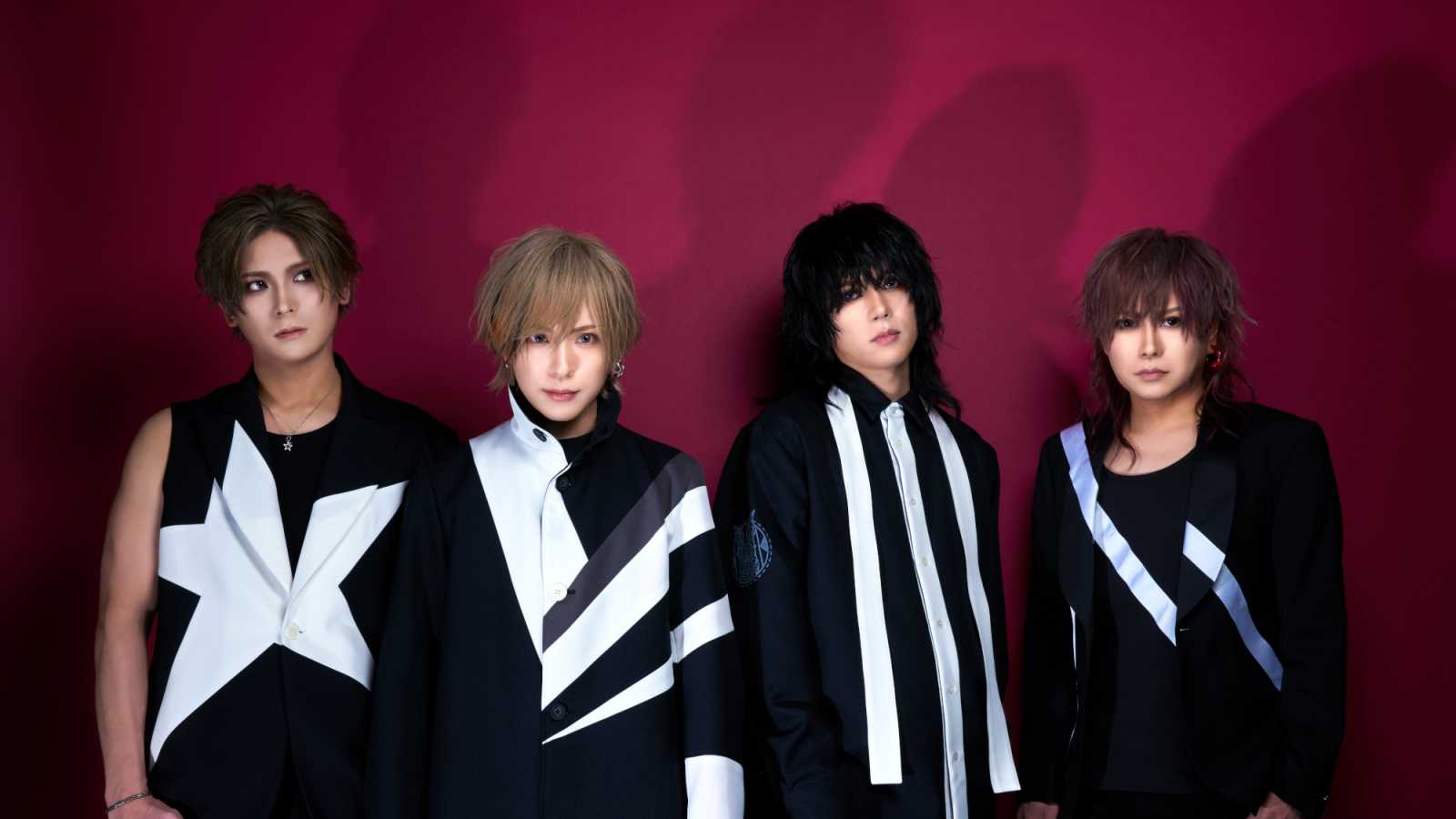 Visual kei band ACME will return to the US this fall, embarking on not just a tour, but also a number of intimate sightseeing trips with fans. 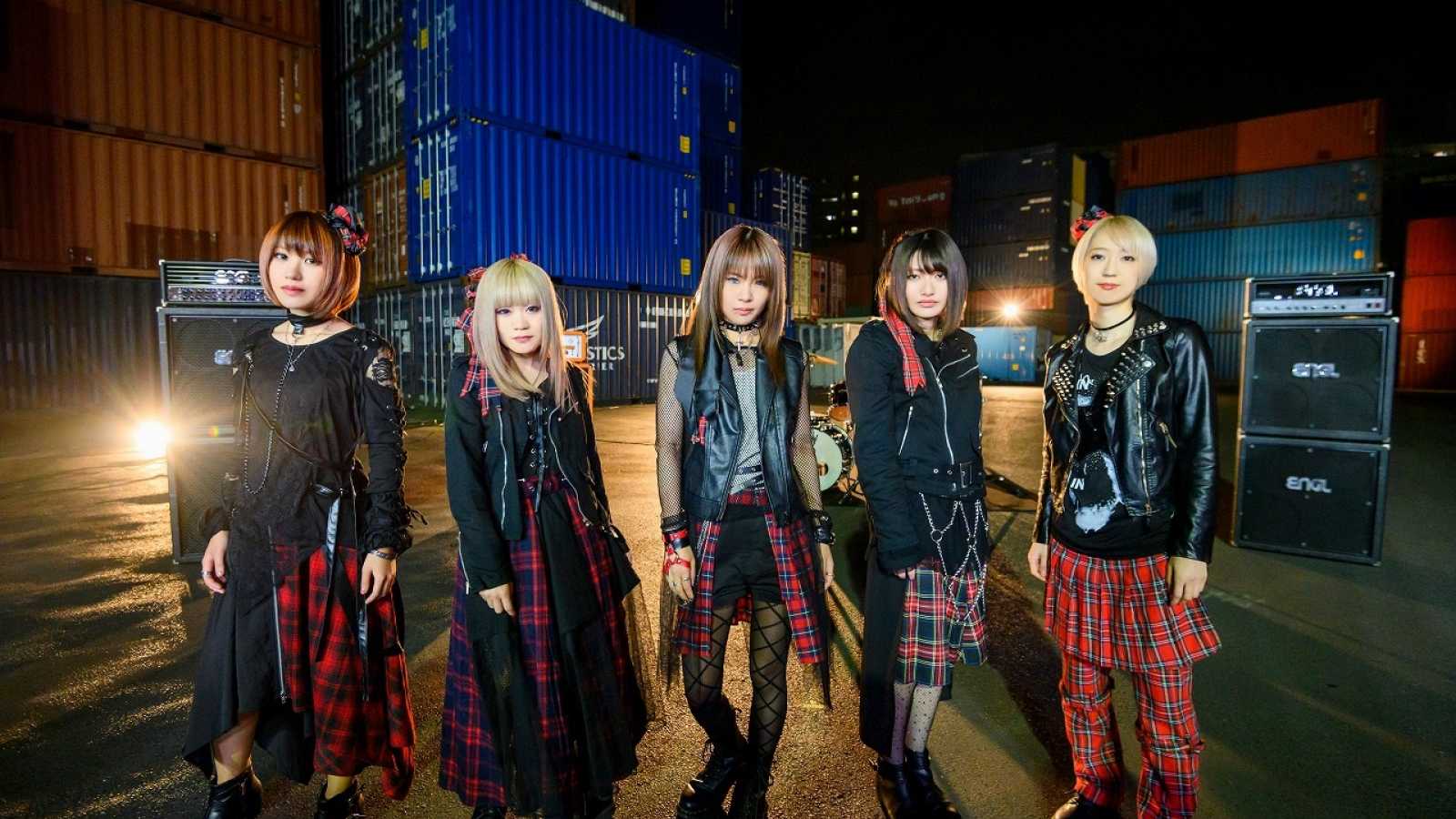