The first big release with a new line-up.

© kamitsuki
kamitsuki got off to a good start after their debut, releasing quite a few CDs in just two years. However, since the mini-album Secret Whisper in 2018, the band hasn't released anything big. Although, they haven't been wasting their time either. During the previous year, kamitsuki not only performed many shows, but changed their line-up once again as energetic guitarist HAGI replaced their retired bassist. With a new member in tow, the trio finally released its fourth mini-album Xgate (pronounced as "cross gate") at the end of January. Has the band managed to maintain the same level of quality with this release?

First of all, it should be noted that kamitsuki stay true to their interesting naming tradition with this mini-album. Instead of the simple “track 1, track 2,” and so on, the songs’ numeration always matches the theme of the release. For example, this led to ‘minutes’ in CLOCKWISE HERO, or ‘scenes’ in REAR SIDES HERO. For this release, there are five “gates" inviting listeners to visit five diverse dimensions.

During the hot opening DPS, it becomes clear that the band's members have elaborated on the ideas in their previous mini-album, Secret Whisper, which, by the way, can be easily called the best of kamitsuki’s works to date both in terms of music and emotional weight. Like its predecessor, Xgate relies on a heavier and louder sound, adding dynamics and tension to the rock tracks. ZERO, especially, stands out, since the band has never offered such a powerful burst of adrenaline mixed with emotional vocals until now. The track flies by in one breath, with a rampant temper, and it is sure to linger on playlists for quite a while.


There's a place for experimentation on the new release as well. Shine in the Darkness offers an interesting mix of electric and acoustic guitars, as well as a constantly changing pace and mood. At first, this beautiful track pretends to be a ballad, then suddenly it speeds up and becomes completely unpredictable. During the first playback this rollercoaster of a track could really surprise a listener, but the song doesn’t lose its charm with additional plays either.

On the other hand, the actual ballad, Angel, stands out against the overall atmosphere of the release a little. To be honest, this peculiarity is chasing all of the band’s releases after their second mini-album. Calm and cute tracks can be good on their own, but this song doesn’t quite seem to blend in with its more dynamic ‘neighbours’ on the disc.

As for the rest of the work, it is safe to say that the band members haven't lost their groove. Yes, Xgate couldn’t quite reach the same heights as the breathtaking Secret Whisper, but following that mini-album was quite a task! Still, in this new release kamitsuki continue their journey to a heavier and more powerful sound, once again offering emotional vocals and fast, memorable tracks along the way.
ADVERTISEMENT 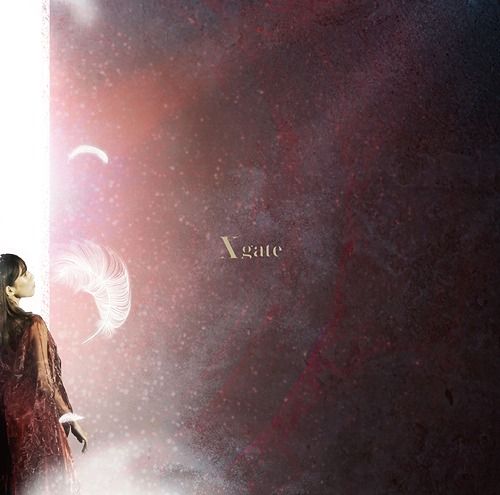