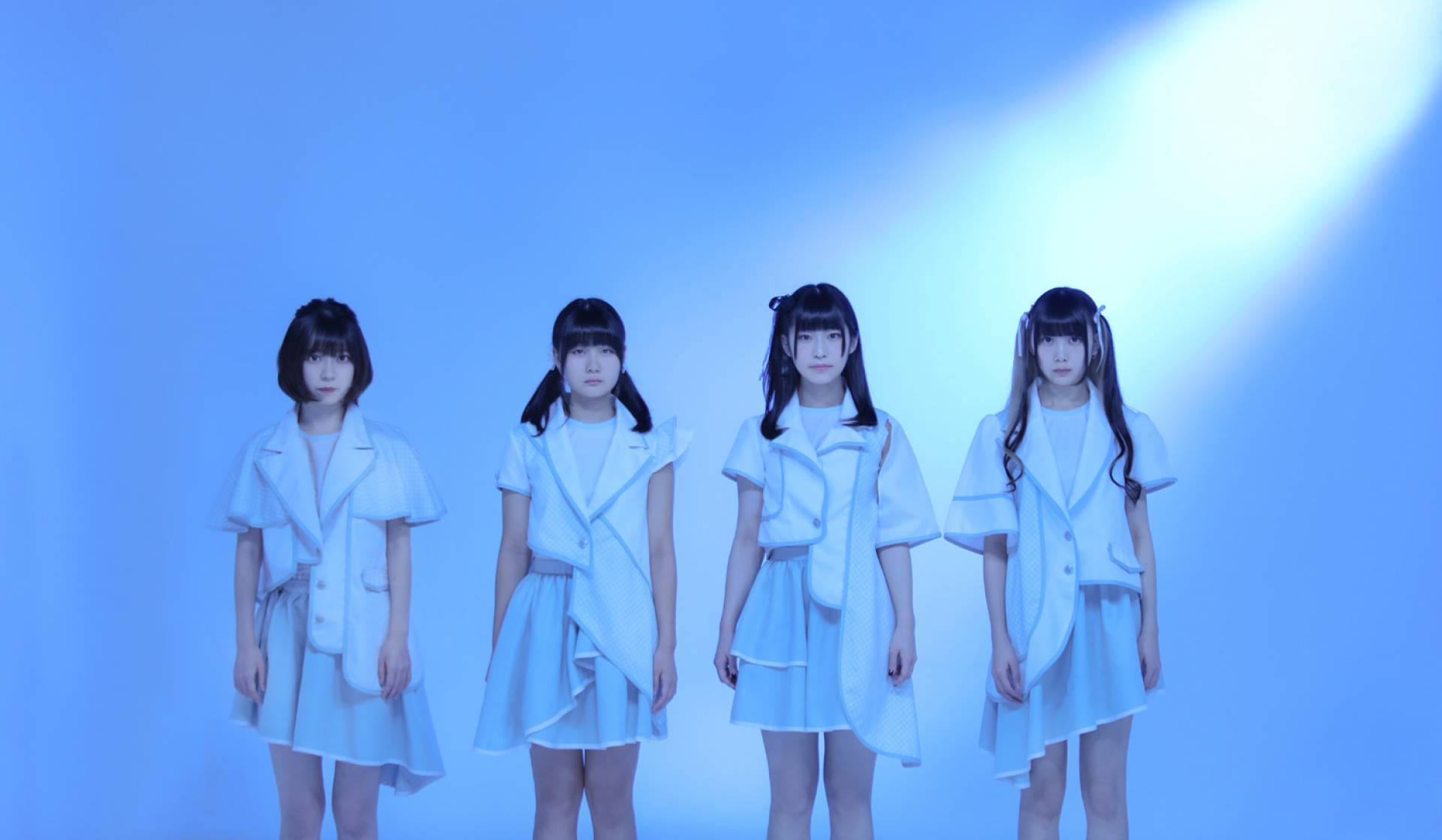 © ONE CHANCE ,Inc. All rights reserved.

If there’s one thing that’s certain in the idol scene, it’s that nothing ever lasts. Idols graduate, line-ups change and groups come and go with head spinning frequency. One notable group to recently call it a day was ………, otherwise known as dots (or dotstokyo if you want to have any luck finding them online). During their brief existence, from late 2016 to early 2019, the experimental idol group caused a bit of a stir with their antics.

They built an enigmatic mythos around themselves, shrouded in anonymity.  Each group member went by the same name, . or dot chan ,and their eyes were obscured by black visors to conceal their identities. Their choice of music was almost as obscure. While shoegaze has a healthy following in Japan, it’s not the first genre that springs to mind for idol groups, but their debut album, 『 』(9 half-width spaces), with its mix of shoegaze and '80s retro tracks, turned out to be one of the best pop records of 2018.

The group’s dissolution was announced, in typical bizarre dots fashion, stating that its members would remove their visors and no longer take human idol form, moving on to their next stage of existence. But even as their mystical demise was imminent, plans were afoot for a new reincarnation of shoegaze idols, run by the same team behind dots. The spiritual successors to dots (and equally as painful to find on the internet or Spotify) were introduced as RAY.

Though RAY is a different group, the links with dots are still strong. This time around the secrecy has been ditched and RAY’s members are free to go by their names: Uchiyama Yua, Marino Kai, Tsukihi and Shirakawa Sayaka. If you took a black marker pen to a photo of RAY and crossed out their eyes, you might recognise a former dot chan. RAY even perform fan-favourite dots songs during their live shows.

For their first release, the three-track EP Blue, RAY lean heavily into the shoegaze sound which is hardly surprising given the songwriting talent involved. Where dots also kept the identity of their composers under wraps, RAY have been happy to show off the names they’ve got on board. Elliot Frazer of American shoegaze band Ringo Deathstarr provides the opener Meteor, a dreamy slice of heavily-distorted guitar and ethereal vocals delivering English lyrics. Old school fans of Lush might have flashbacks to their younger days.

One of the few songwriters to break cover and openly discuss their contribution to dots is Azusa Suga of For Tracy Hyde. He chips in with Butterfly Effect, co-produced with RAY’s own musical director Mikire-chan. It’s an artful combination of My Bloody Valentine’s signature droning glide guitar style and the sort of upbeat indie guitar pop that Japan does so well.

The End of the World With You brings us to the end of the EP and sees a contribution from a veteran of the Japanese shoegaze scene. Hata Yusuke, leader of Cruyff in the Bedroom (and mad keen football fan, hence the band’s name), has penned a jangly indie guitar pop banger, suffused with distortion.

This EP is quite a marker to lay down for a first release, although perhaps it’s not so much of a debut as a reincarnation of dots in a new form that builds on that group’s brief but shiny legacy. It’ll be exciting to see what the future holds for RAY when they can get top shoegazer talent like this to contribute. Serious artists have often thought better of getting involved with idol projects, but the credibility built by dots and the chance to try something they might not be able to do with their own bands makes RAY an intriguing prospect.