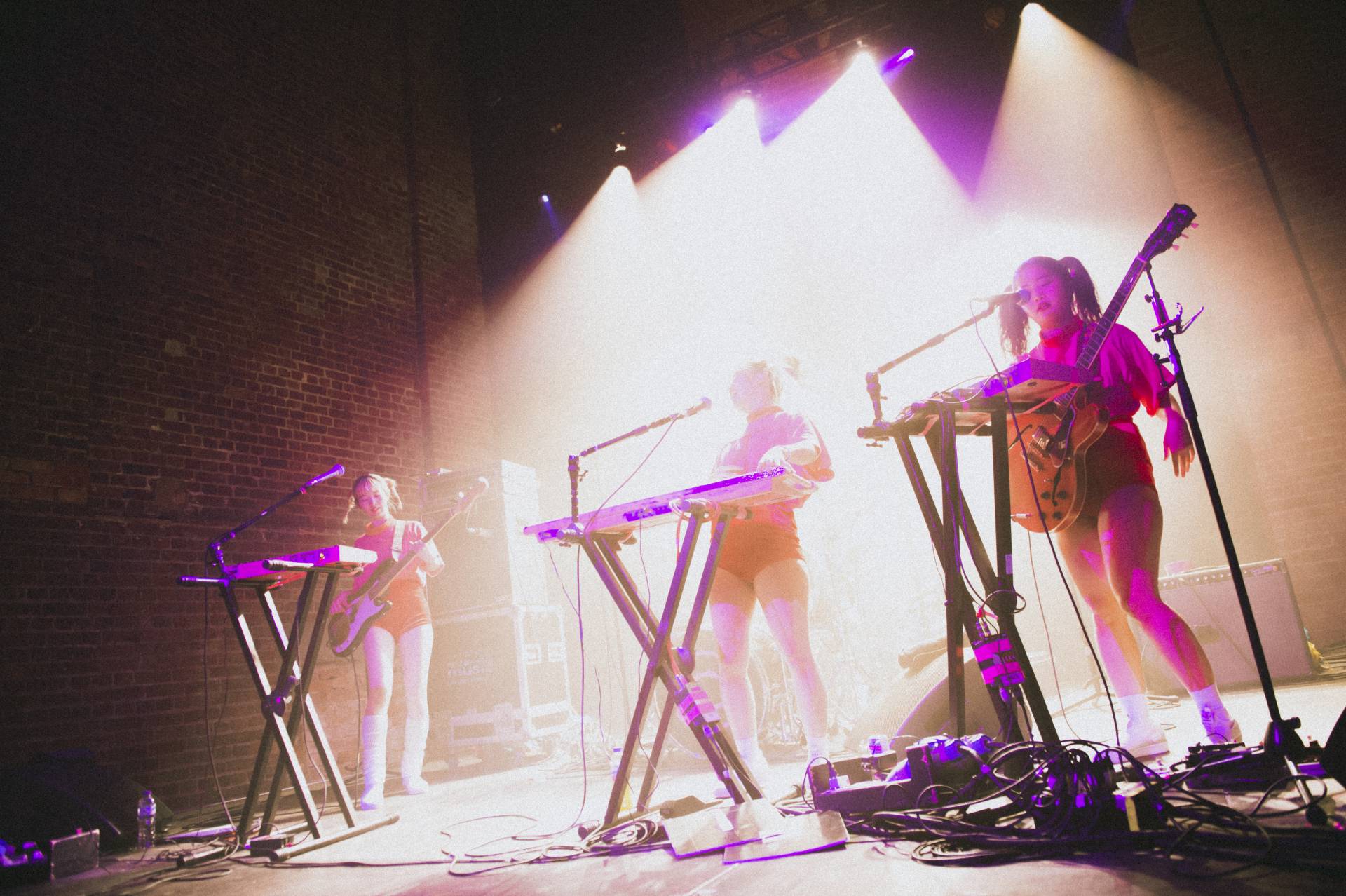 Ever worried about your squidgy midriff? Your stumpy legs? Squinty eyes? You’re not alone. CHAI are right there with you, only they take these worries and turn them into catchy pop tunes that overturn their insecurities. They bring their positive approach to life to the UK for a third visit in less than two years, this time taking them round Manchester, Glasgow, London and Brighton for their own headline tour.

The location for the London show is Village Underground in Shoreditch and it’s quite a cavernous space for CHAI to fill. This former warehouse and railway coal store was little more than a burnt out brick shell before it was refurbished into an arts centre and event venue. The London underground train carriages perched on the roof that have been converted to artist studios make it pretty easy to spot.

Support tonight comes from the curious Lazarus Kane, along with his huge crowd of supporting musicians. There’s also retro 80s synth pop from The Rhumba Club, whose backing singers look more like the tennis club in their white shorts and t-shirts.  The sound is surprisingly clear and sharp for such a draughty old barn, where you’d think the huge roof space might leave the music echoing and lost in the rafters. It might be a different story when it’s empty, but CHAI have pretty much sold the place out.  It’s a mark of how far they’ve come since their first UK appearance in 2018, a free gig at the Rough Trade East record shop.  Even though that’s barely a stone’s throw from tonight’s venue, it's miles apart in scale and shows that CHAI are starting to catch on with a wider audience.

The crowd is warmed up and there’s a buzz of anticipation in the air as the intro music kicks in. Like the track it’s modelled on, CSS’s CSS Suxxx, it spells out the band’s name before they scamper on stage, greeted by cheers. The quartet are decked out in matching hot cerise pink tops, with "CHAI" emblazoned across the front, and red shorts.  Long white socks and trainers complete their garish Japanese high school gym kit look. Even with the stage bathed in purple light, it's clear that this is going to be a very pink night. After all, pink is a key weapon in CHAI’s armoury. They’re reclaiming the cute, childish colour and they wear it boldly and defiantly.

Yuuki kicks things off with CHOOSE GO’s throbbing bassline as Mana yelps out “We are CHAI!!” The crowd picks up the rhythm and starts to gently bob and bounce along. Whatever language you speak, there’s no inoculation against CHAI’s infectious glee. The members help to keep the dance mood going, bopping on the spot with hand actions. The oddball Boys Seco Men is followed by the sleek and funky Fashionista before it’s time to take care of business.

CHAI have re-jigged Culture Club’s Karma Chameleon and made it into their “commercial song”. Mana and Kana parade out front with their latest album Punk, before being joined by Yuuki and Yuna for a little dance routine. As the good people of Manchester and Glasgow have cleaned them out of all their goods at the previous gigs, the Heavenly Records vinyl version of the album seems to be the only the merchandise available tonight, so it’s worth the plug.

With the adverts out of the way, it’s time to get know everybody. Mana and Kana introduce themselves, helpfully exclaiming “We are twins!” Then the rhythm section of Yuuki and Yuna take their turn, explaining, just so everybody’s sure, “We are not twins!” which sends a quick laugh rippling through the crowd.

Now that everyone is on first name terms, Mana opens up to her audience. “Do you have a body complex?” she asks. “I have many body complex,” she admits, which draws a sympathetic “Aaaah” from her audience. She goes on to list her perceived defects: small eyes and short legs, before redefining them as lovely and "new cute", or “Neo Kawaii”. She explains “Your complex is your charm. Everybody’s wonderful. This is Neo Kawaii!” It’s a simple message, simply expressed, and perhaps it resonates because it has its roots in a more lyrical, ancient tenet of Buddhist philosophy: "our beauty lies in our imperfections".

This is the cue for their next song N.E.O., which is practically their anthem and manifesto. Fittingly, it’s not an easygoing tune like their funkier dance numbers, but it captures CHAI’s "awkward squad" nature. It rails against the conformity and tyranny of Japan’s "kawaii" culture, where women are only regarded as cute if they have the required look, the required weight and the required compliant attitude. CHAI clearly aren’t having any of that, subverting the idea of kawaii, turning the pink trope back on itself and defying society’s standards of beauty.

Yuuki, who couldn’t play any musical instrument at all when she was invited to join the band by Yuna, now plays keyboards as well as bass (not to mention writing song lyrics and producing all the group’s artwork). She takes over Mana’s pink synth for the fuzzy, frantic Cool Cool Vision while the singer gets to dance it up and engage with the crowd a bit more. GREAT JOB keeps up the hectic pace as they zip through their set. This ode to the joy of housework, which might, or might not, be ironic given that it featured in an ad campaign for home appliances, is punctuated by a lunatic cackle from Mana. Even when she’s singing about doing the washing up, she’s bursting with mad, grinning energy.

CHAI’s stage setup, unfortunately, leaves them a bit static and cut off from the crowd, as Yuuki, Mana and Kana are stood behind a row of pink keyboards. They do their best to remedy this by popping out front at various points throughout the show.  Everyone’s a bit baffled when an impromptu screen is held across the stage, but it’s there to conceal a quick costume change.   CHAI reappear in green hooded ponchos covered in big, colourful tassles and they put on a goofy dance routine to THIS IS CHAI, looking like a multi-coloured flock of funky chickens. It’s derpy, jazz hands and all, but is actually smartly choreographed and CHAI deliver it with the absolute conviction required of things this silly. The crowd loves every daft minute of it. They follow this up with DJ TIME as Yuuki and Yuna stay out front to perform this odd sample and synth drum-driven interlude. Although their most recent album Punk is a more slick and commercial offering than their earlier records, it’s good to see that CHAI still have that strong streak of charming weirdness about them.

Yuna gets MC duty and, with the aid of some notes to help with her English, she confesses the band’s love of the UK’s favourite piri-piri chicken restaurant chain, Nando’s. Even though they’ve just made a few flying visits to the UK, that practically makes them honorary Brits already! She promises that CHAI will be back for sure and states that she hopes everybody has had a good time, which is met which a roar of “Yes!” from the crowd.

They finish their set with another top pop banger, I’m Me, which gets their "be who you are" message across again. CHAI depart backstage, waving and smiling as cheers and applause fill the venue. The crowd keeps the noise rolling, calling for an encore.  One fan thumps on the stage to up the volume and it’s not long before CHAI reappear, which the stage-thumper greets with a big drum roll.

They finish up the night’s fun with the gently funky sayonara complex, another of CHAI’s sideways takes on things. It’s not exactly a love song — CHAI have always avoided that clichéd pop staple — it’s more about wanting to be loved for who you are. It’s just a one-song encore, but the crowd is more than pleased enough with that. One last wave of clapping and cheering sweeps through Village Underground and CHAI head off stage, full of smiles. It’s been a fun and funky night and the healthy turnout is a sign of CHAI's steadily growing profile overseas. Maybe they’ll be big enough one day to qualify for a Nando’s black card. 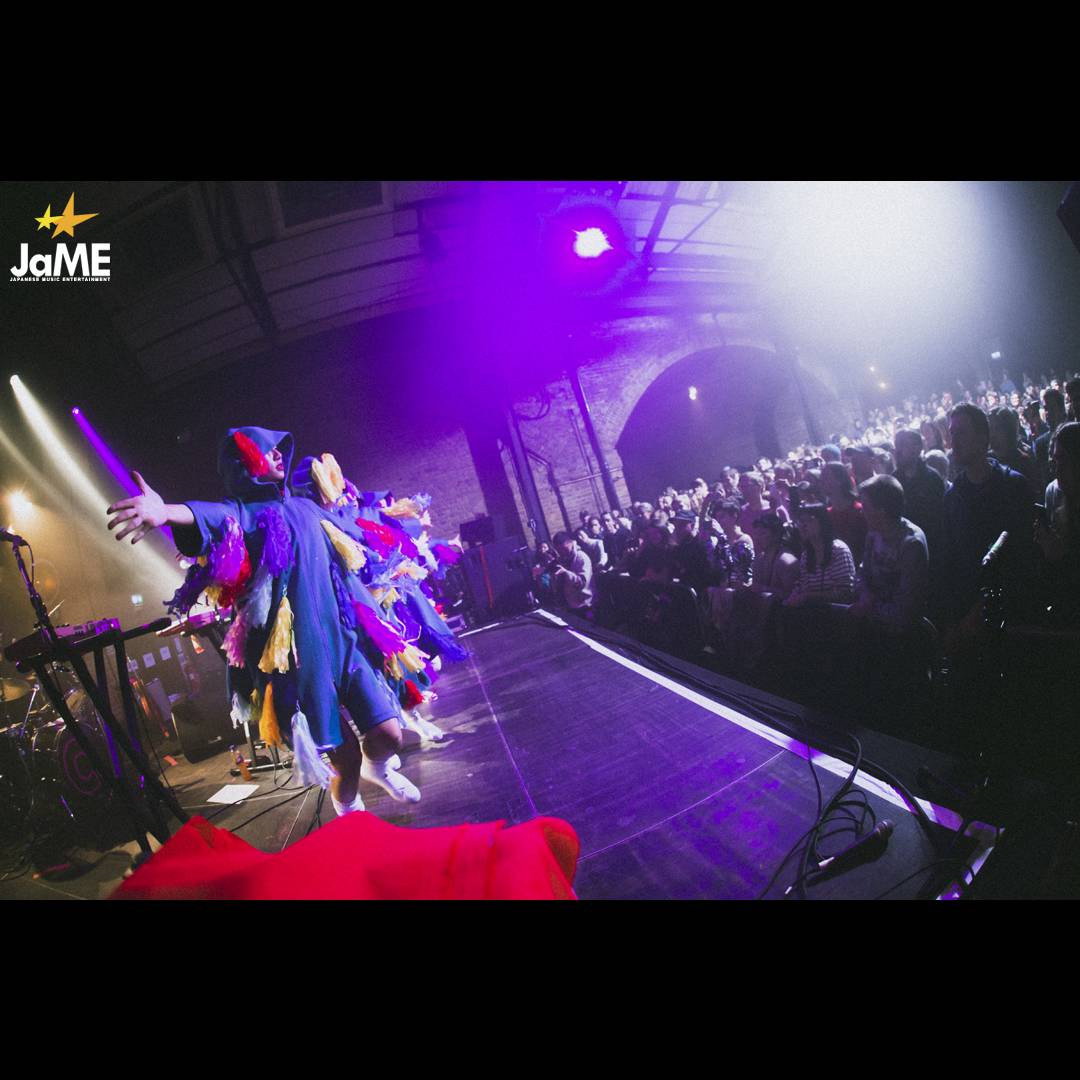 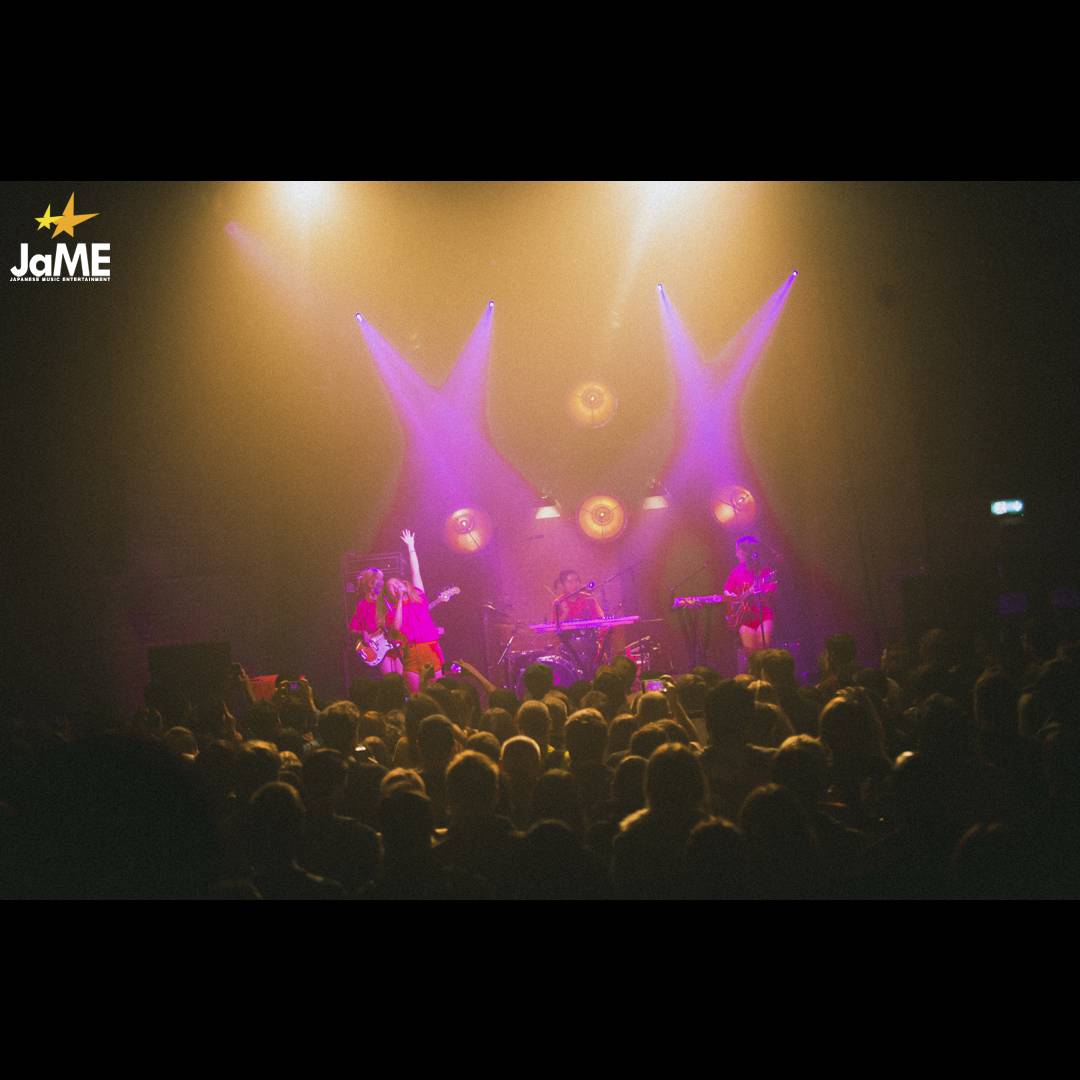 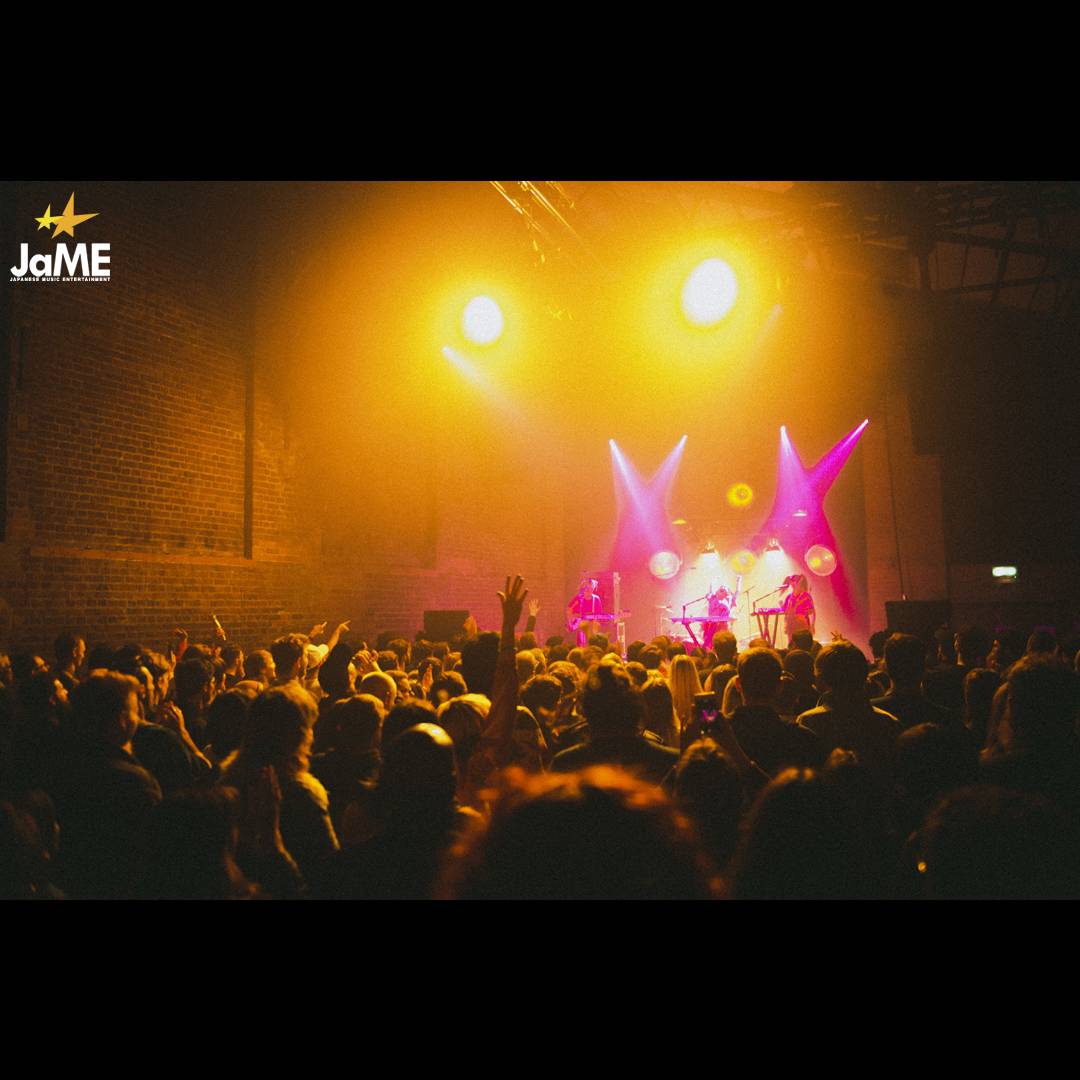 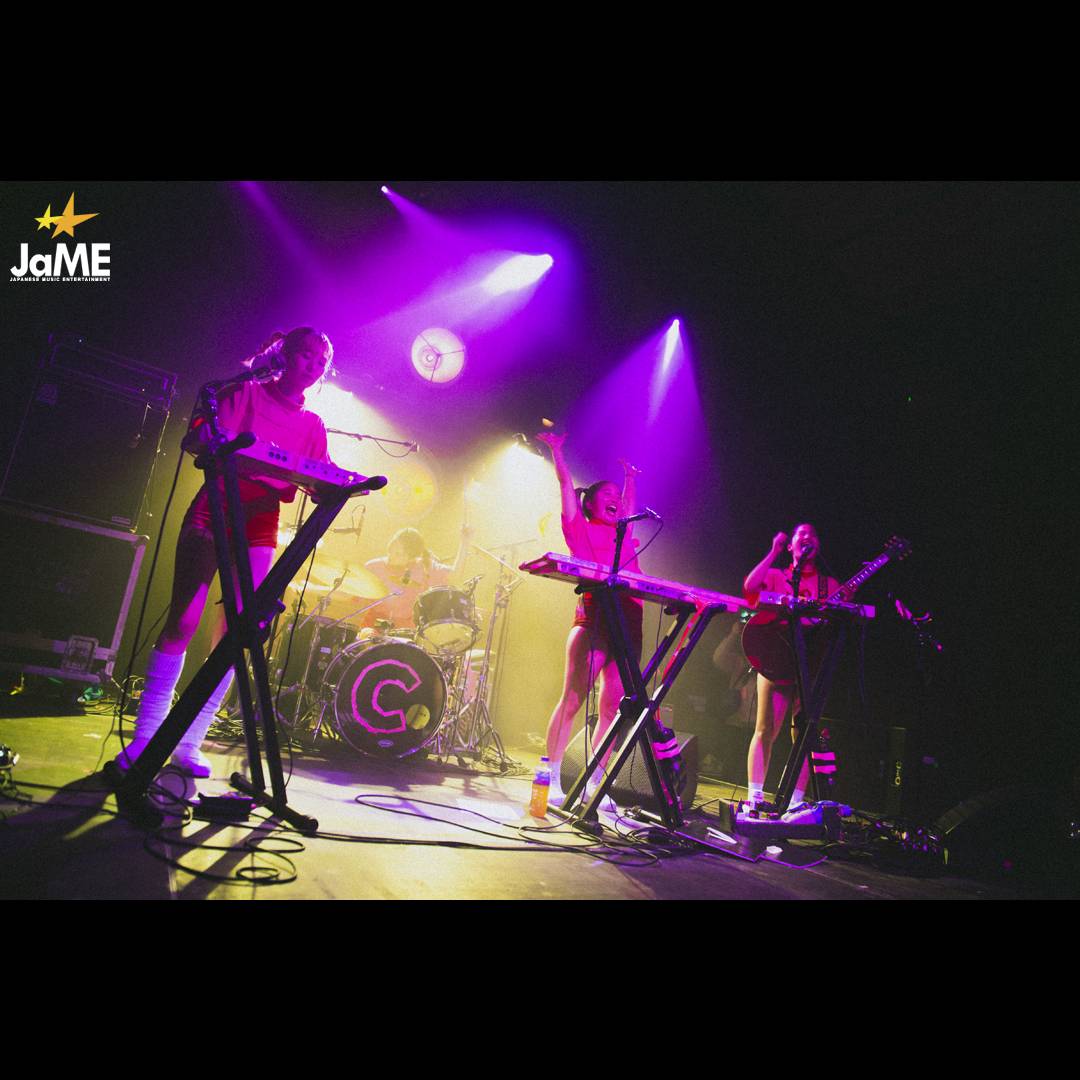 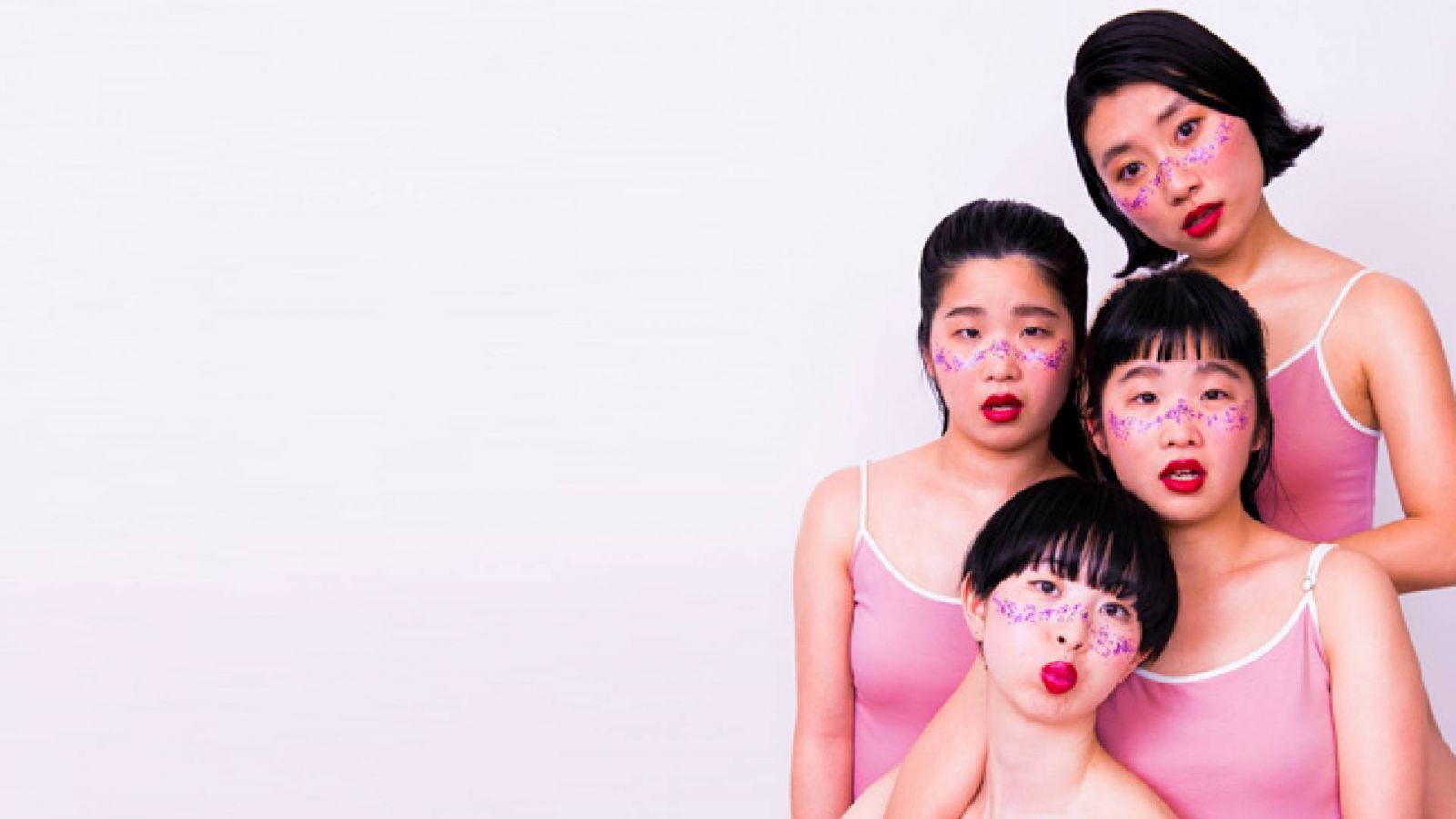 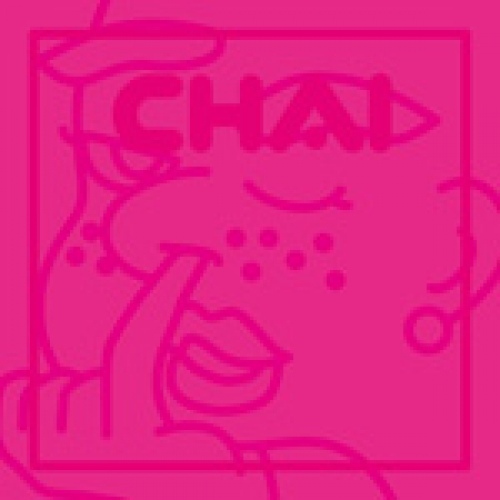 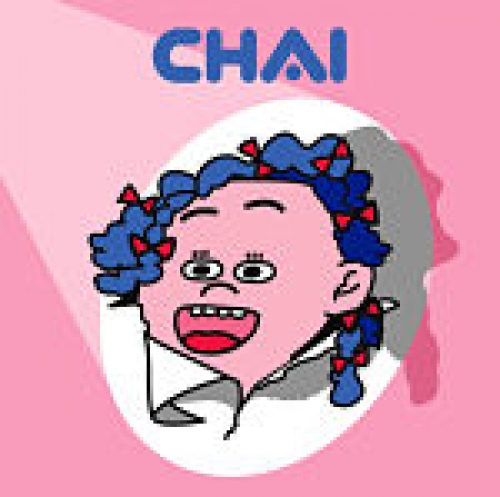