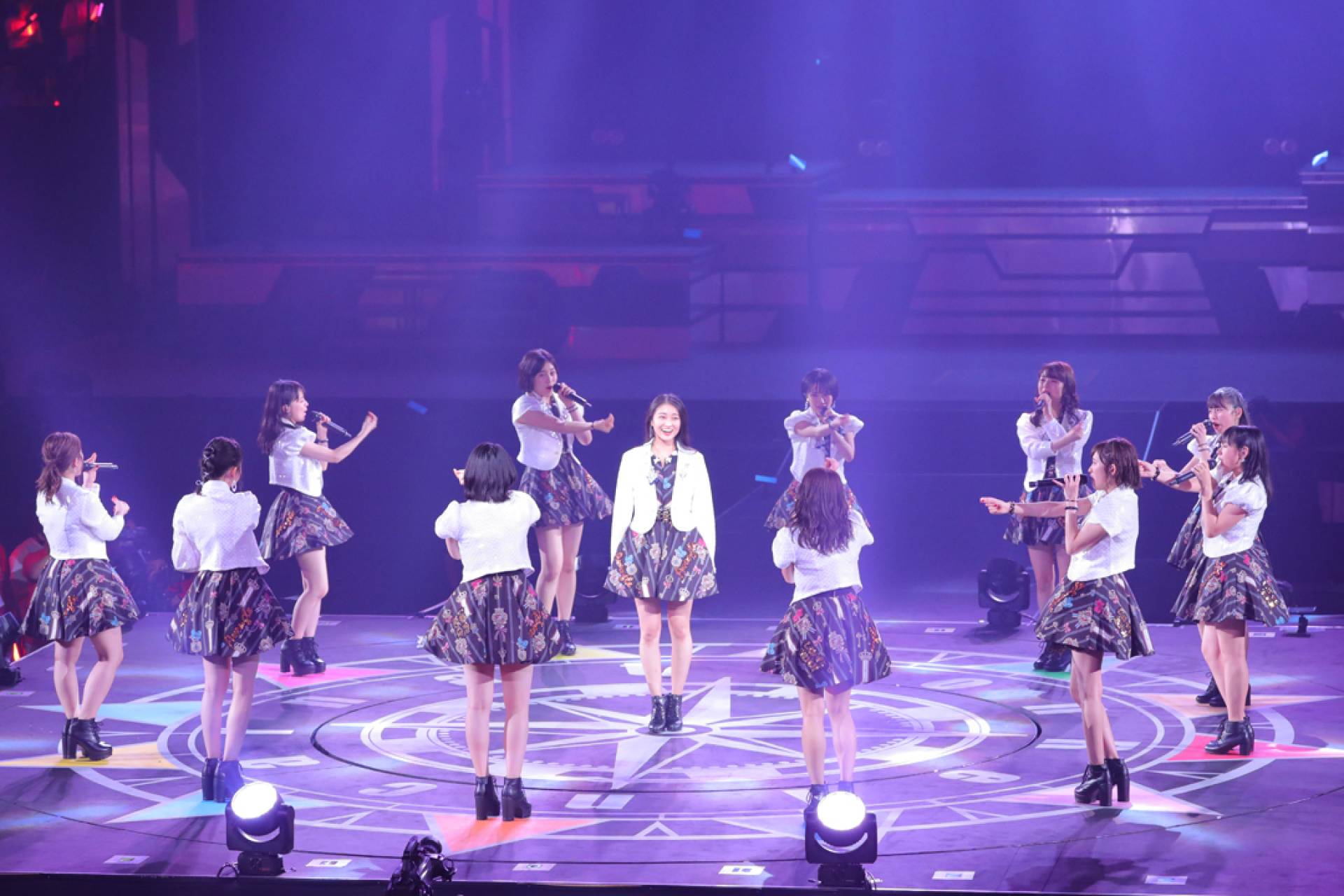 Wada Ayaka first joined the Hello! Project as a trainee in 2004, and finished her training once she joined S/mileage (former name of ANGERME) in 2006. Later on, in 2016, she became the leader of Hello! Project. She was ANGERME's last original member.

The latter explains why the fans felt a strong emotion upon her graduation announcement. This feeling grew stronger on the day of the Nippon Budokan performance, as soon as the live venue started filling up.

The concert opens up with BEYOOOOONDS, a new Hello! Project group that was created on October, 2018. Its twelve members sing their first single, Megano no Otoko no Ko, and show off their enthusiasm through an eye-catching performance. It is often said that Japan is the land of both tradition and modernity; here this track reinforces that idea through the traditional art of “rakugo” (funny storytelling) mixed with a catchy pop tune.

Kiyone Momohime represents the narrator and tells the story of several girls in love with the same boy – a glasses-wearing student that they see every day during the daily commute. They eventually get disappointed the day he appears with a girlfriend and… contact lenses.

Once the first part ends it is time to cheer for ANGERME! The whole group appears on stage in shiny red outfits. The stage set includes tall white pillars and an ocean of glow-sticks that is seen everywhere, from the pit to the seats above.

Red Earphone kicks off the performance, and the audience is very receptive. I don’t need anything but love. follows next, and also The Nail That Sticks Out Too Much Does Not Get Hammered Down, along with the latest single from ANGERME: Love is Accha Accha. This track is sung from the long extension of the stage and no one can resist the urge to dance.

A quick break in the dark follows, and each member is introduced on the big screen above the stage according to their year of arrival. Then comes an MC with a very special guest: Yajima Maimi appears on stage and the crowd rejoices upon the sight of the former leader of °C-ute. She brought along a flower bouquet and a letter for Wada Ayaka. This is one of the first emotional moments that is to be expected during a graduation concert.

The performance resumes, and ANGERME is now wearing sparkling white outfits; it is time for the popular tracks from the S/mileage era. Songs such as Dreamed for 15 years, A Mystery Night!, I’ll Forget Everything For You, and I Don't Wanna Go Home. pleases the audience. The enthusiasm continues building up.

A second VTR starts and shows “before” and “after” pictures of each member. It is the opportunity to highlight the evolution of ANGERME through the years. This time of remembrance creates both emotion and a very affectionate laughter. Wada Ayaka's part features a picture from her time spent in Paris, and this further underlines her known passion for France.

ANGERME returns in black outfits, counterbalanced with an elegant white blazer. The stage set is switched to futuristic-looking light pillars. Wada Ayaka, Oota Haruka, and Ise Reira sing My Like and the crowd cheers louder. In the pit no one stays still; the seats remain empty as everyone is standing up. It is the beginning of an amazing medley! I am... a Little Cute Secret Juvenile Gang Leader comes next, sung by Kamikokuryo Moe, Kasahara Momona, Funaki Musubu, and Kawamura Ayano. Murota Mizuki then sings Oh Susukino. There is a dance break, and a team composed of Nakanishi Kana, Takeuchi Akari, and Katsuta Rina perform I am.

The next track is a solo song: Wada Ayaka, affectionally called "Ayacho" by fans,  performs Shooting Star along with the shouts of the crowd. The support of the fans blooms in the most amazing way, and Ayacho's voice resonates with everyone's heart thanks to her unique tone of voice.

Crossing is then performed on the extension of the stage, where a wind rose has been drawn. Each part features one member's colour. With Ayacho standing in the middle of the pattern, the wind rose starts moving and the members turn around her just like a carousel. The emotion reaches a new peak when the central part rises to lift Ayacho above everyone; she is then joined by the other members. Dreamed for 15 years starts again as an echo to the earlier performance of the song.

A new MC begins and ANGERME wears a leopard print outfit for One by One, One after Another, which lights up the stage thanks to its catchy rhythm. Emphasis is put on the dance skills of the group, and the energetic side of ANGERME shines with tracks such as A Complete Turnover, Manner Mode, I Can't Cry… The Fraud of Empathy, and A Late Bloomer. This is the part when the concert goes faster and higher with such an intense feeling that the crowd can only follow the excitement before the end of the performance, leaving the audience breathless.

As a consequence, the whole Nippon Budokan is filled with a unified shout that calls for more. The live venue turns to red as the glow-sticks light up to honour the star of the show. Wada Ayaka arrives in a wonderful white outfit, both humble and sophisticated, and starts singing Contrary on her own. This priceless moment raises even more emotion once the song ends; Ayacho walks towards her fellow members in the most complete yet beautiful silence. Ayacho speaks alone and delivers her goodbyes.

Spring for departure has come is performed, then every single member says a few words to Ayacho; some of them use a comedy effect to hide their sadness while others burst into tears as soon as they start talking. Everyone, including the audience, feels very emotional to say the least. In the live venue, each speech is accompanied by the member's glow-stick colour.

4.6 Billion Years Love and My Friend are the last songs to be sung on stage. ANGERME seems more unified than ever.

A second encore follows and Wada Ayaka comes back to the stage and waves one last time at the audience, very grateful for this special moment. She remained strong for everyone and it is easy to understand that the leader of ANGERME is at peace with her choice and ready to start a new chapter of her life. This positive approach spreads to the fans and gives them the strength to keep going after such a powerful graduation live. 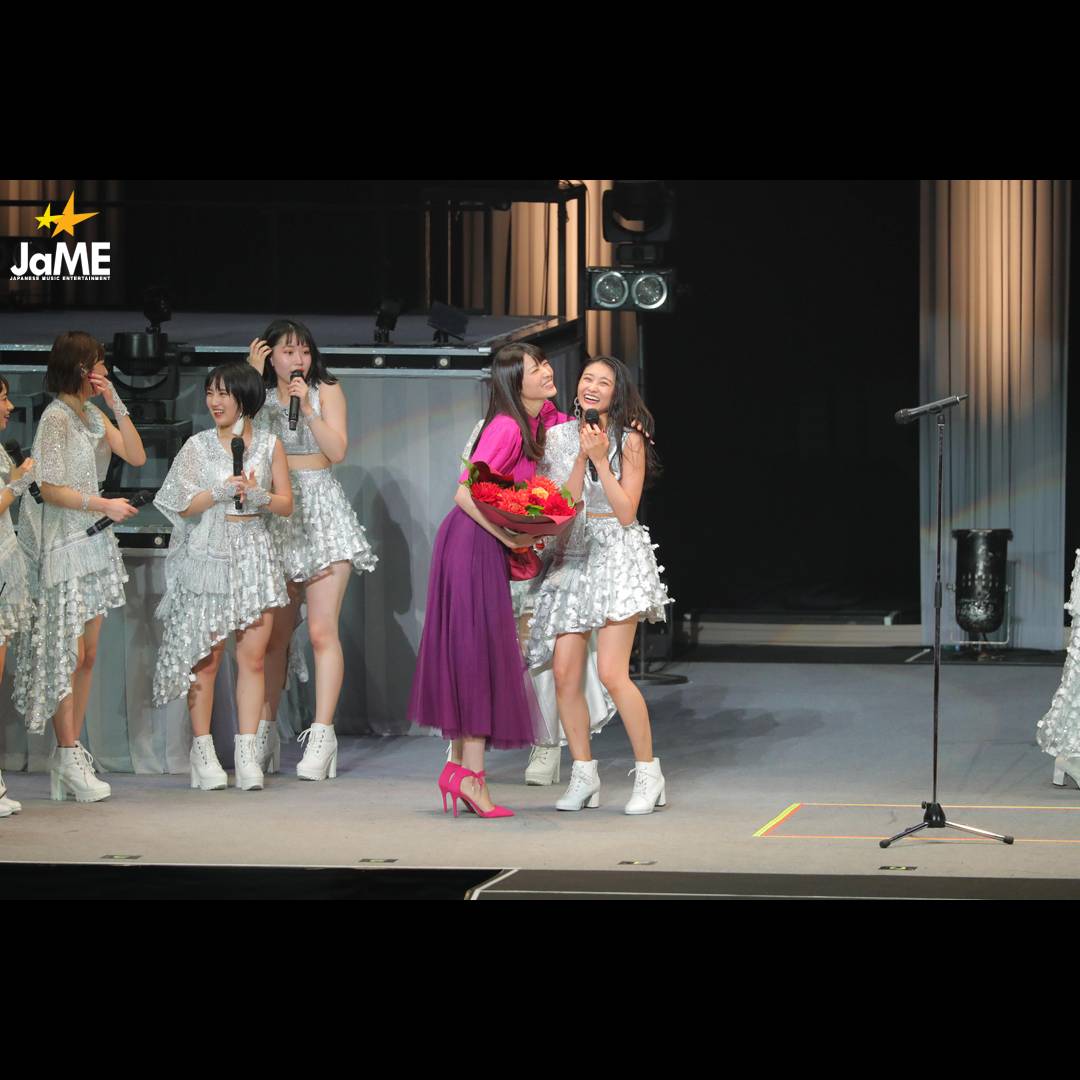 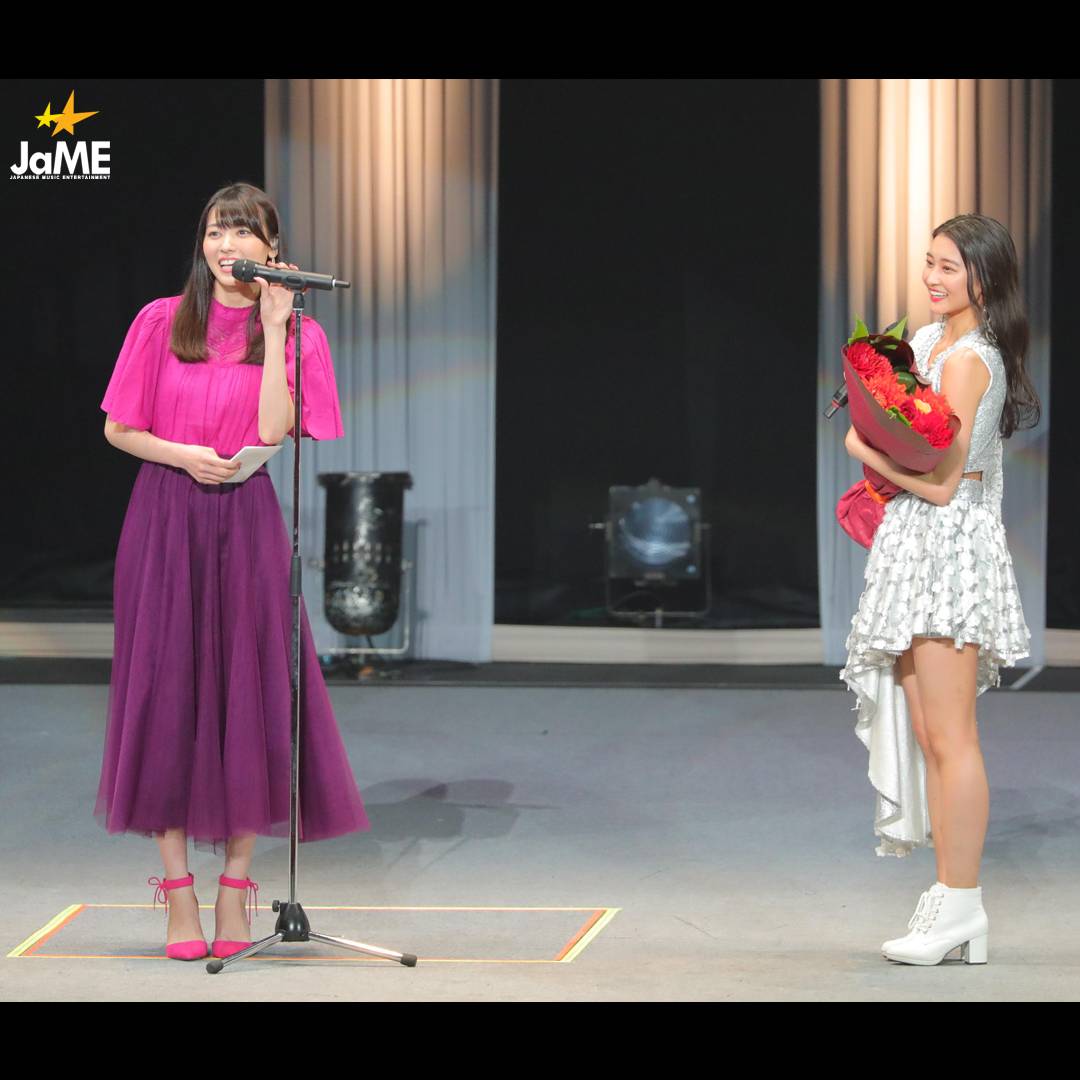 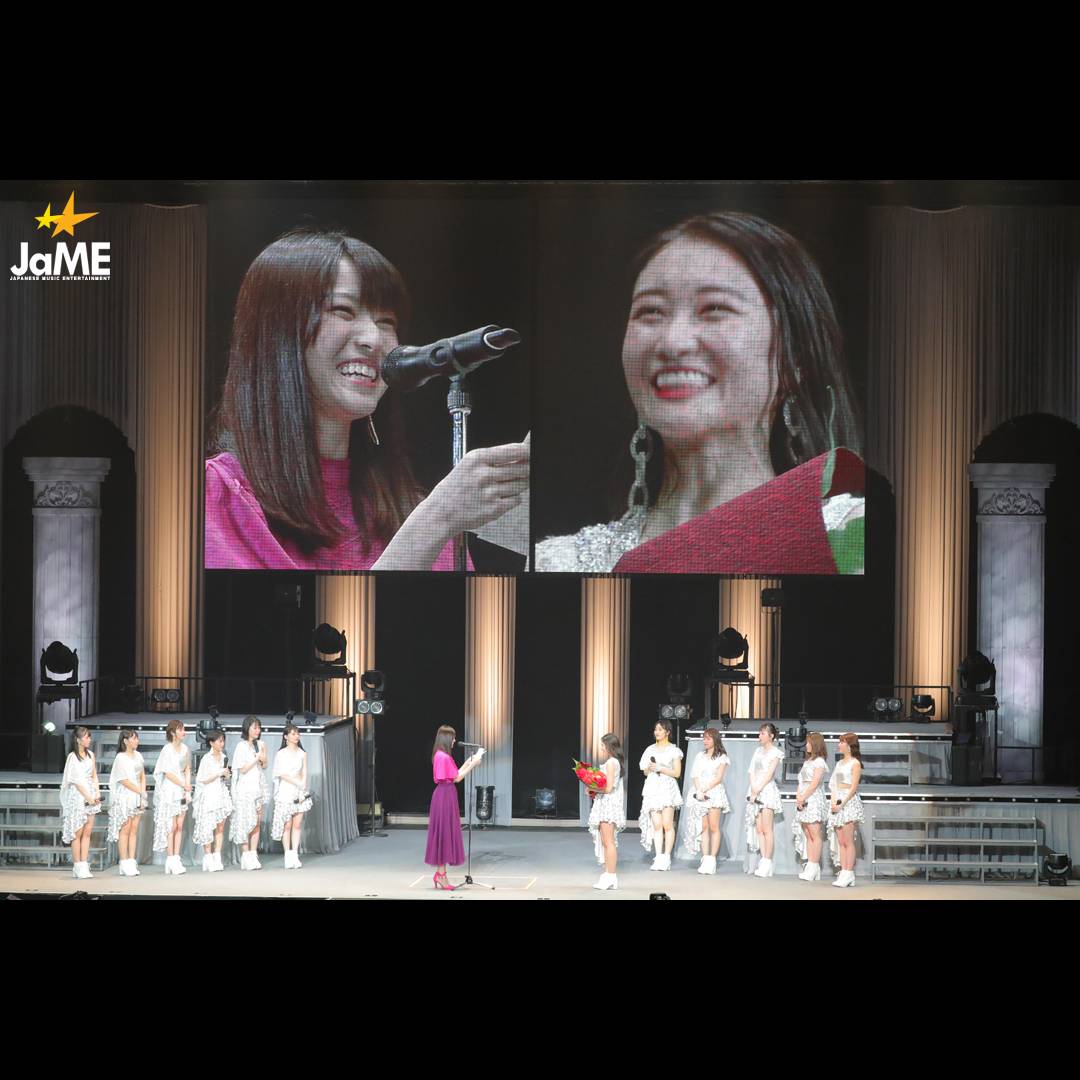 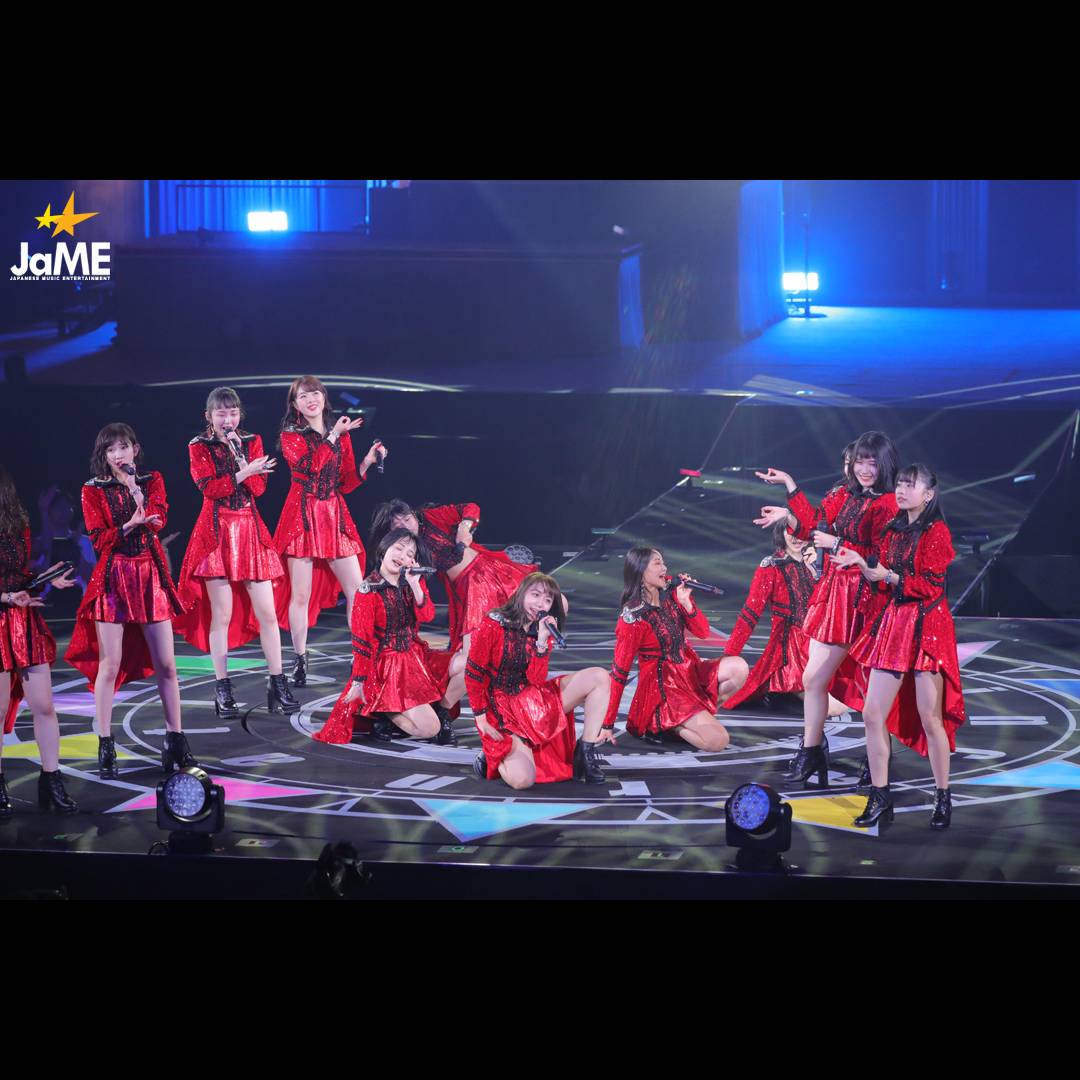 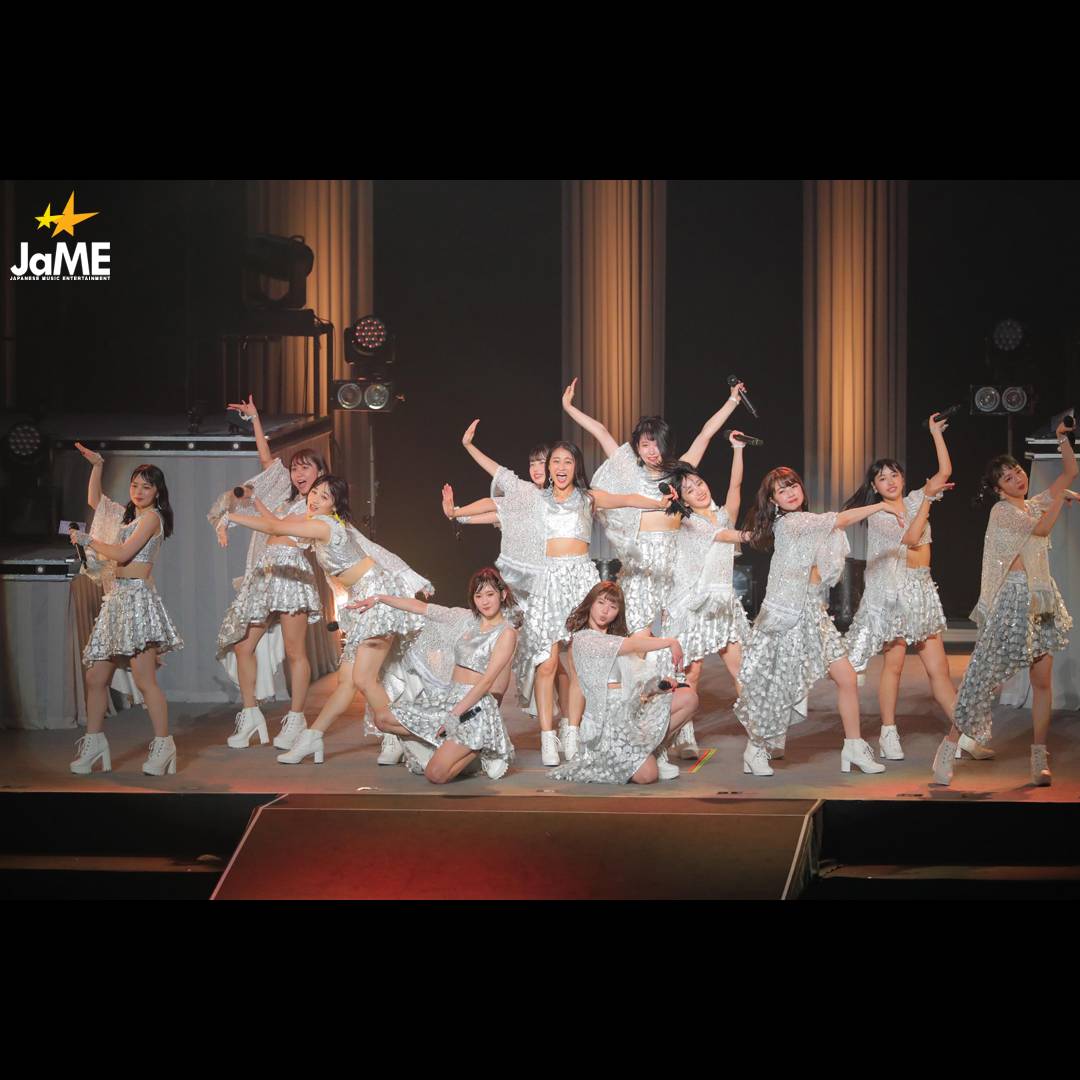 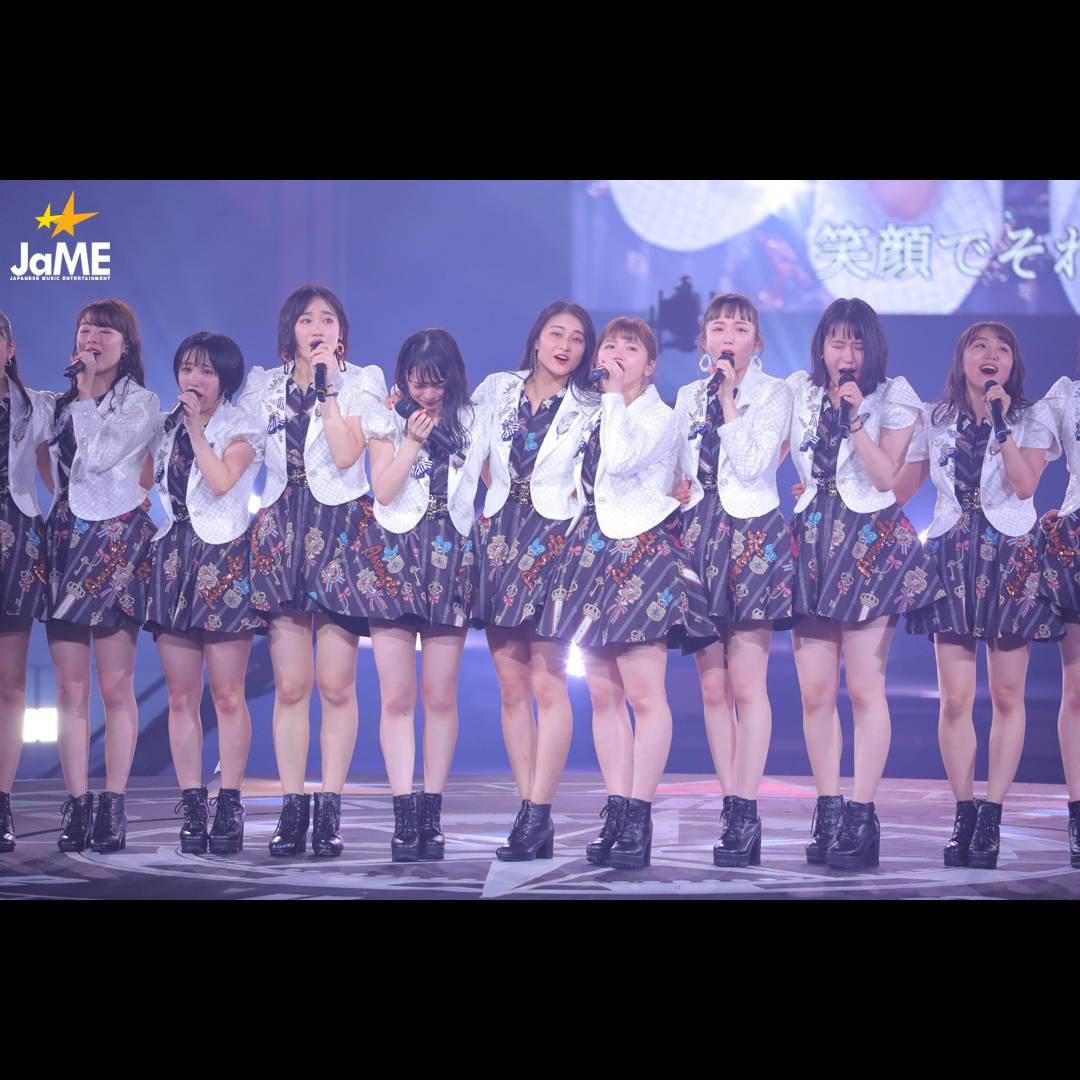 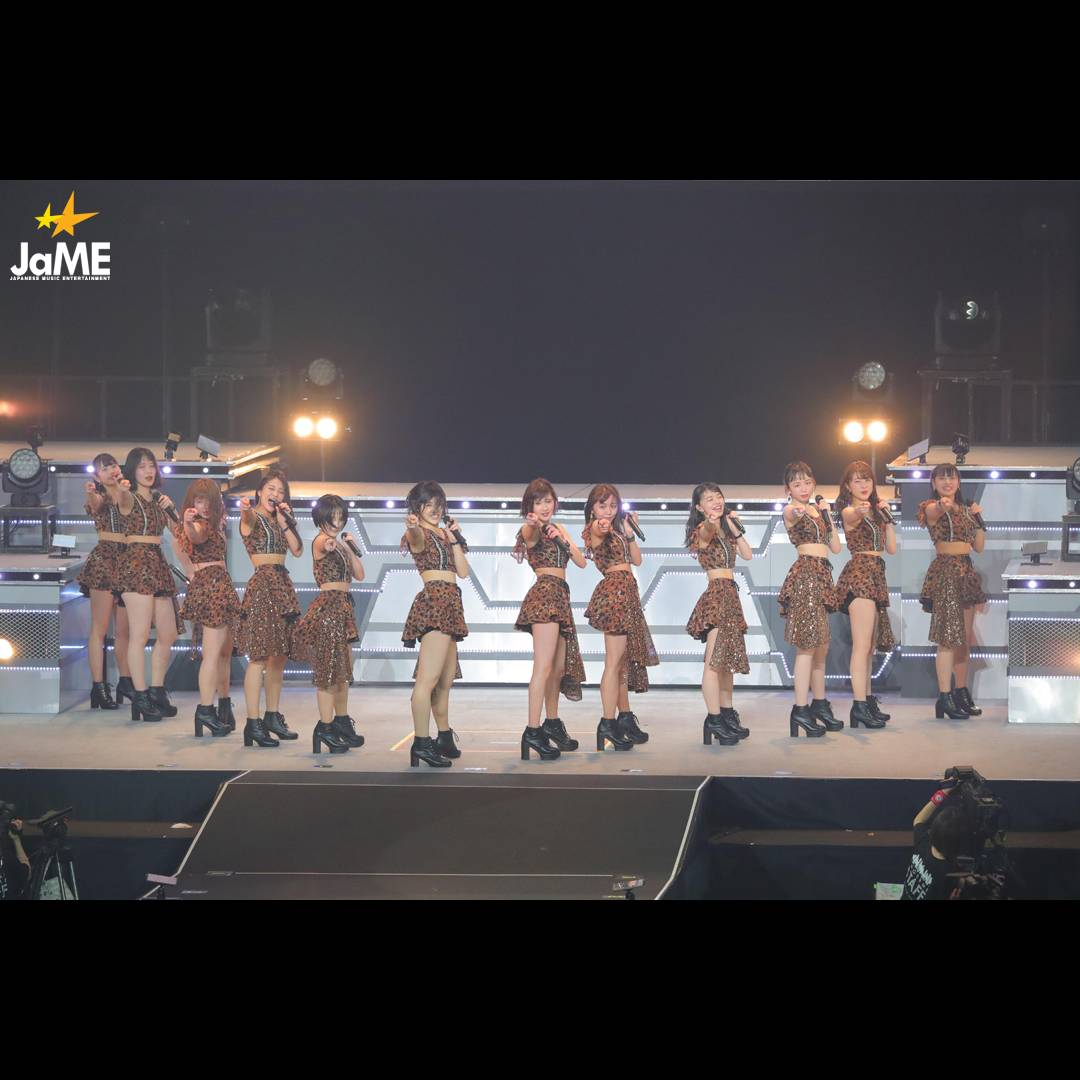 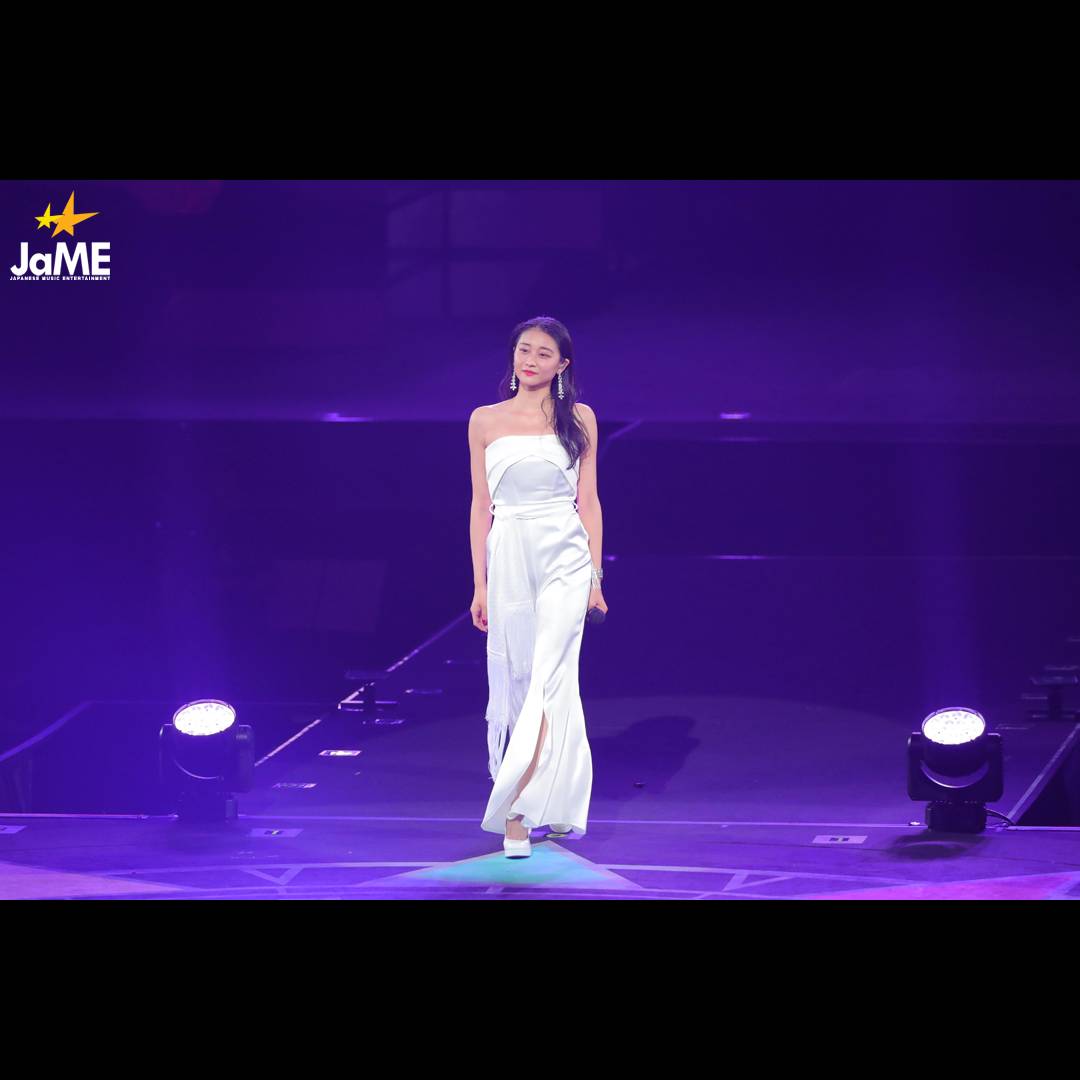 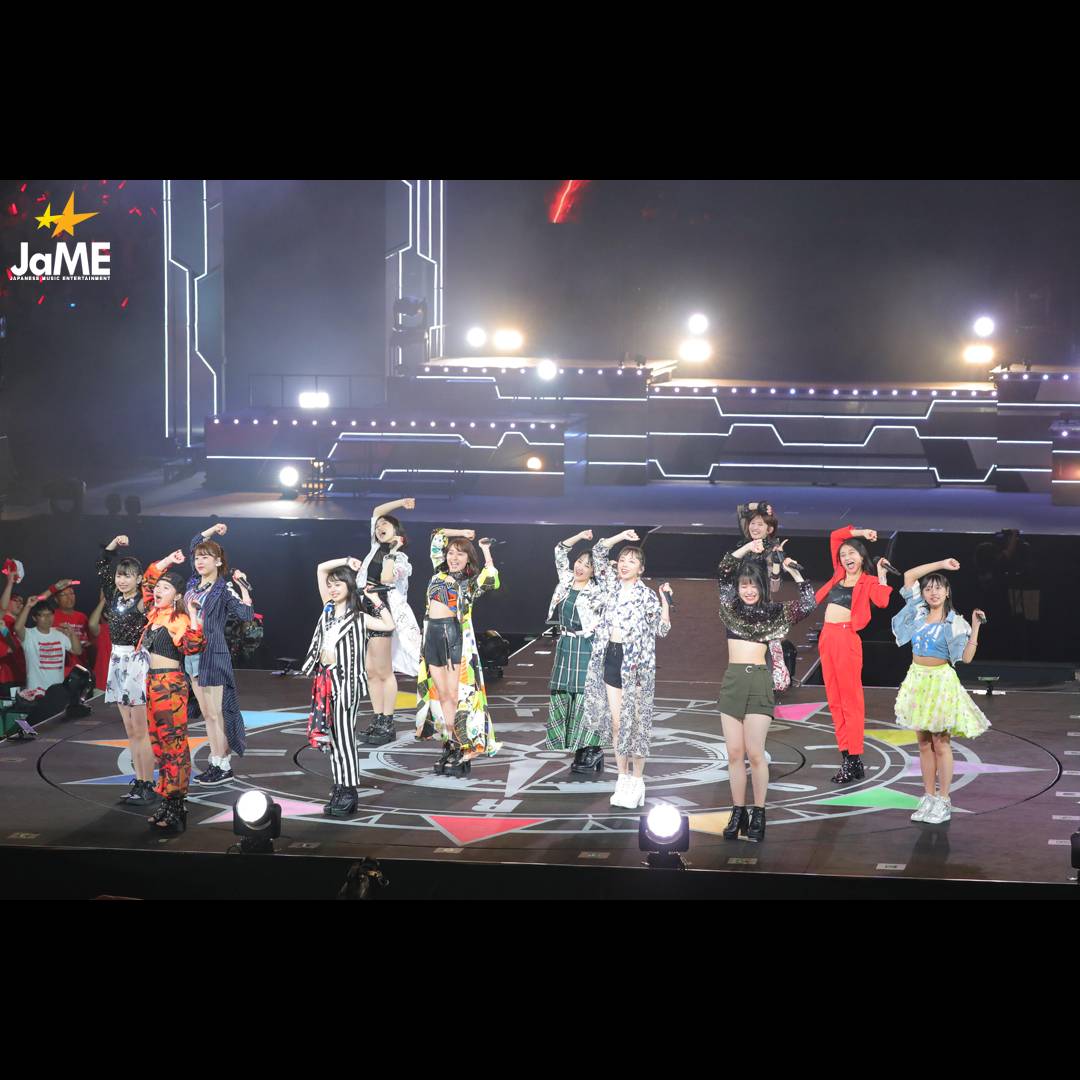