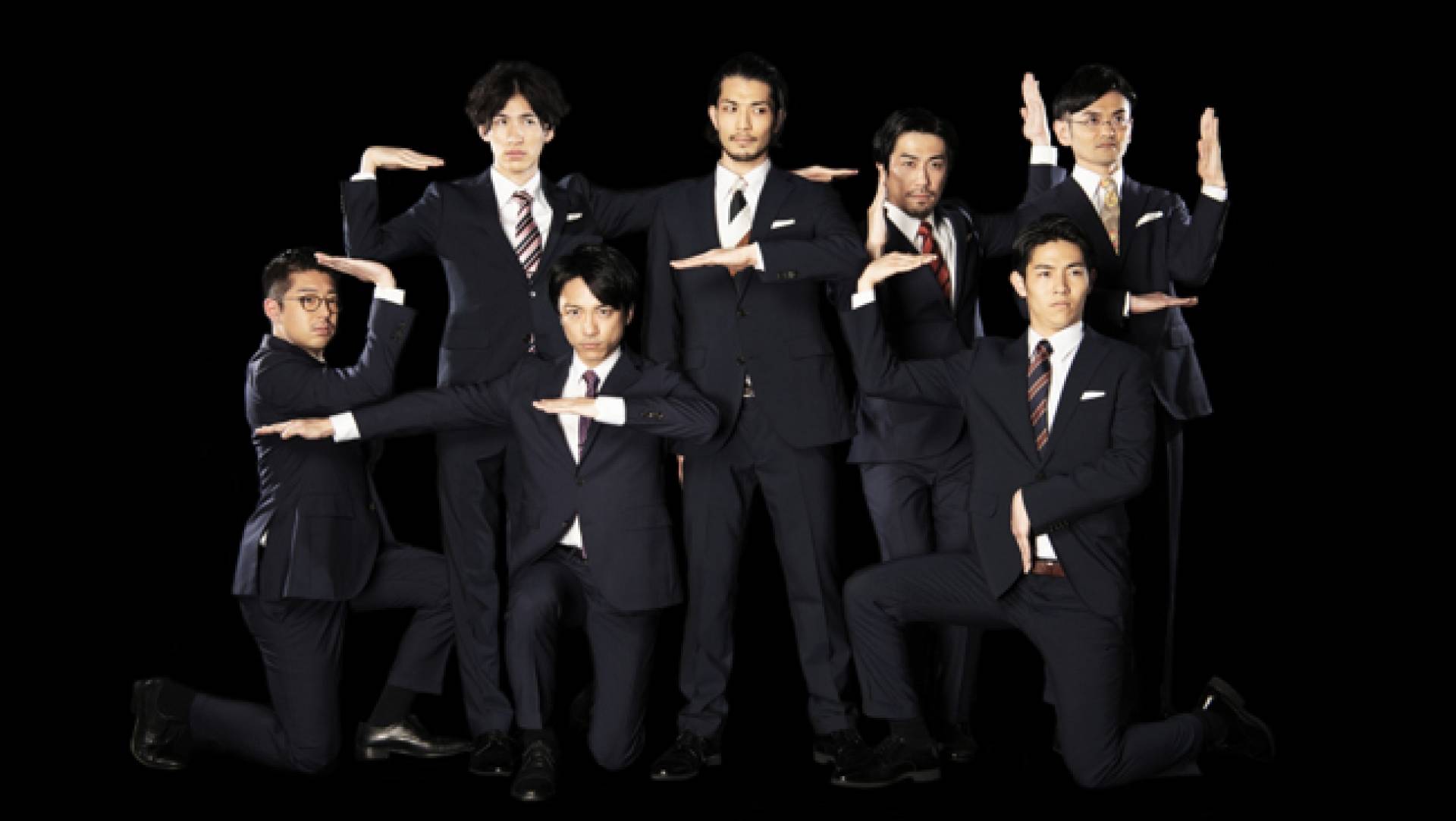 © Idealism Inc.
Standing in front of the venue, one may fear they have landed at a place to see an idol pop group instead of WORLD ORDER, but indeed, the dance performance unit had chosen the renowned NAGOYA Blue Note to present their three new members in two sold-out performances.

Inside the intimate venue, the audience can enjoy a meal or just sip the “WORLD ORDER” cocktail, specially created for the occasion, while they wait for the start of the show. An hour after the doors open, the lights go out. After the short music intro, the seven men in suits assume their positions on the club’s low stage.

The energy and excitement rise perceptibly in the hall when the group's signature song WORLD ORDER kicks off. New member Takuro Kakefuda, wearing his long hair in a samurai-style knot, stands in front, the place where Genki Sudo usually stands, and brings the first pleasant surprise of the evening with his clear and strong voice, giving a new freshness to this omnipresent track.

The choreography works well and the other two new members, Kosuke Shizunaga and Keisuke Kimura, master the "back-stand" as if they have been doing it from the cradle. The show flows almost seamlessly into AQUARIUS, sung by senior member Akihiro Takahashi, a.k.a. Aki.

After this warm-up round, the Neo Samurai himself enters the stage. Between little jokes about the group splashing their sweat on the attendees' meals and some “Genki-san, you’re cool” remarks from the mostly female audience, he lets the new members introduce themselves.

Kosuke Shizunaga, a.k.a Shizu, 24 years old, with a naturally joyful temperament and an almost innocent charm, includes a short introduction in English for the few non-Japanese fans present. Takuro Kakefuda, going simply by Takuro, 32, with long-term experience as a jazz dancer and idol group choreographer, says a few words about his joy of being part of the group. And Keisuke Kimura, a.k.a Doru, 25, with his already distinctively "kawaii" hairstyle and childlike charm, explains his nickname, derived from his dancer name: “Dollar” as pronounced in Japanese.

The chat break ends as Genki Sudo asks the new members to approach the audience so they can see their faces. Rookies and seniors obey, walking between tables, while their names are yelled from different corners of the hall. They respond smiling, winking, and sometimes high-fiving the shiny-eyed fans.

When the intro music of BLUE BOUNDARY begins, a wave of squeals goes around the hall as the members start their dancing on the spot and some attendees are able to watch their moves from an unusually close distance. The next surprise follows — the audience realize it’s new member Shizu on vocals. Their enthusiasm rises once more during this energetic track.

The euphoria cools down during the iconic choreography of the long-awaited classic MACHINE CIVILIZATION, but rises once more with the intro of CHANGE YOUR LIFE. Senior member Hayato Uchiyama, a.k.a Ucchy, kicks off the song with his signature tutting dance moves, and the next surprise comes when new member Doru sings the lyrics in his rather pleasant and perfectly suited voice. As the song’s beat hastens and every member, starting with Ryuta Tomita, a.k.a Tomizo, performs a dance solo, the audience’s excitement reaches unusual, un-Japanese hysterical levels.

All the new members shine in their own right: Shizu literally “shooting” at the audience’s hearts, Takuro showing his dance background in his smooth and elegant flow, and Doru making jaws drop with his extraordinarily flexible body. The coordinated and super energetic choreography including the disco-like moves from the video are the cherry on top, decorating this number. The energy flows from artist to audience and back, creating a wonderful atmosphere.

The dynamic interval ends with the rookies leaving the stage, seniors getting a well-deserved re-hydration, and Genki Sudo entering for a second chat break in which he announces that a new song had already been recorded, this time with senior member Yusuke Morisawa on vocals. Yet again, delighted and surprised murmurs go around the hall. The latest two songs of the group, BIG BROTHER and MISSING BEAUTY, in the five-man formation video version including Genki Sudo, follow.

The rest of the show brings two more highlights: 2012, an old classic that the group was not able to perform since 2015 due to their decimated number, and a live premiere of THE NEXT PHASE. Watching these complex choreographies performed live was already an exquisite pleasure even for longtime fans, but Takuro’s strong and smooth vocals, which seem particularly fitting for the latter track, definitely let the dances shine with a new brilliance.

All the new members follow the choreography very well. Only Takuro, coming from a completely different dance background, still needs to polish his robotic style a little, especially during the “robot-walking” that he still performs (like Genki Sudo in his early days) in a somewhat “jumpy” way.

The evening turns into a party as HAVE A NICE DAY is performed with both Genki Sudo and Takuro standing at the front. The group thanks the audience one last time. Voice breaking at some points, Genki specially addresses the members and fans for their continuous support throughout the group’s 10-year career. He also drops the last surprise, announcing a 10th anniversary show scheduled for November.

WORLD ORDER wraps up the concert by dancing and singing together with their fans to their latest song WE ARE ALL ONE. All in all, it is an accomplished evening. The audience is happy and ready to forgive the minor teething flaws, knowing it will only be a matter of time until this reborn, turbo-boosted WORLD ORDER machinery runs like clockwork.

Special thanks to Ani from WORLD ORDER Fansite international for this live report.
ADVERTISEMENT 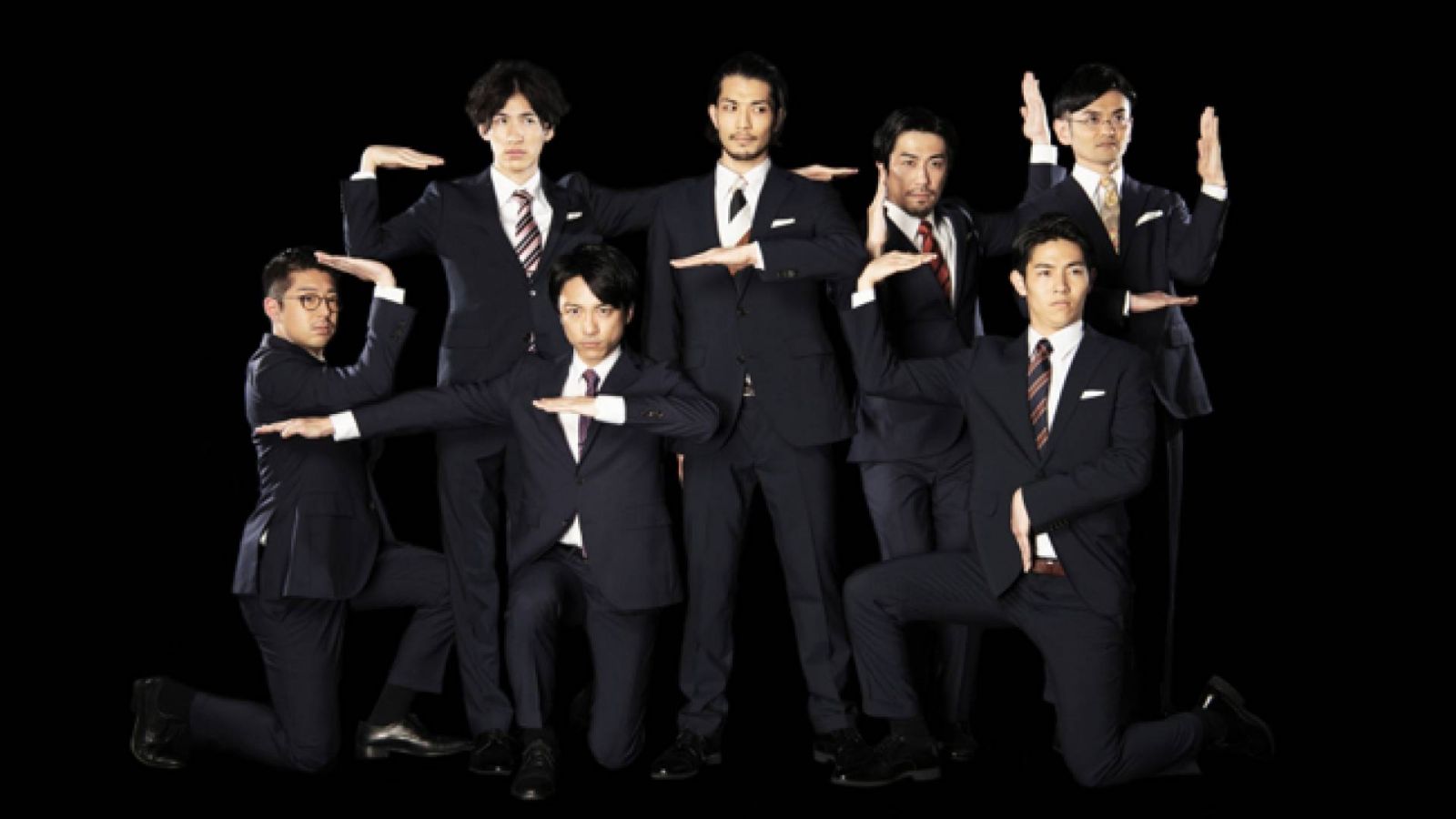